Accepting the new normal in Kashmir?

Almost a year has passed since the Kashmiri people were brazenly stripped of their special status. August 5, 2019, marked a dark day in history, when through a presidential order India revoked article 25(a) and 370 of its constitution. Since then with every passing day Indian atrocities on the Muslim dominated population of Kashmir have increased vehemently. With a million soldiers deputed to materialize the evil plans of Indian BJP led by fascist Modi, the disputed valley became the world’s largest open air prison. Came year 2020 and despite rapidly growing corona cases the devils workshop engineered the idea of giving around 25000 Indian people the domicile of Kashmir to haplessly change the demographics of the region. Alongside this ongoing crisis in Kashmir the Pakistani government has tried, raising, on various international forums including the OIC, the Kashmir issue, but no massive support for the indigenous Kashmiri struggle could be amassed. Now as one year of intensive hardships on the Kashmiri people comes to completion we must ask ourselves some questions. One, have we accepted the new normal in occupied Kashmir. Two, if not then what is the future of the valley and what options do we have to return to status quo that existed before August 2019. 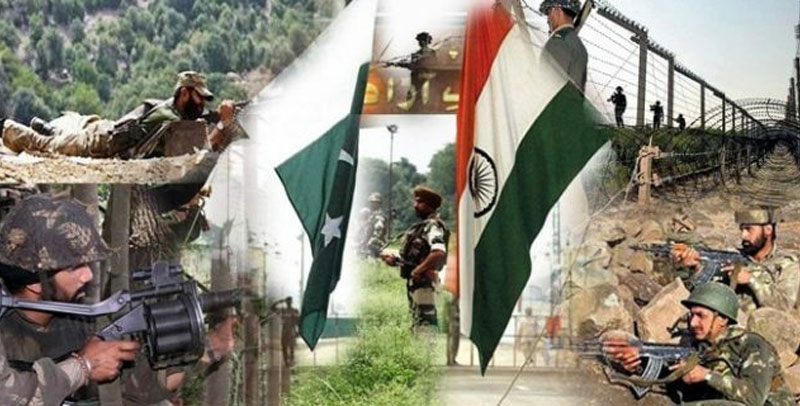 In a recent post on twitter, Prime Minister Imran Khan emphasized once again Pakistan’s stance on Kashmir and its support for the Kashmiri movement for right of self-determination. It is true that Pakistan has always extended ethical and moral support to the Kashmiri people. But given the current circumstances is this verbal support enough? The opposition parties blame the PM and his government to have accepted the Indian claim on the disputed territory. But of course these are political statements. However, the reality of our inability to have any progress on the issue is still worrisome. Likewise, the last I remember the PM raising the Kashmir issue on a global forum was eleven months ago, in the address to the UN General Assembly.

Recently, Pakistan offered for the third time counselor access to India in the Jadhav case to which India has not responded yet. Other than this the government approached the Islamabad High Court for appointment of a lawyer in the Jadhav case. India subsequently distanced itself from this goodwill move by the government. We must analyze and understand at this point of time if reciprocity is going to yield a positive outcome with India or not? So far it does not seem to work. The case of captured and later released Indian Air Force commander Abhinandan speaks for itself. Instead of reciprocating on Pakistan’s goodwill and intention of improving relations, India later that year added Kashmir to its union territory. The bigot Indian leadership fails to comprehend any goodwill act coming from the other side of the border.

The advanced weapons we are equipped with if used will cause massive destructions that is not in favor of any state. War is not an option be it of any type

Pakistan relies prominently on global actors- the Western block, OIC member states and China, to pressurize India on Kashmir issue. However, this so far has not worked. On one side the US President assures PM Imran, that he will help mediate Kashmir issue whereas on the contrary sometimes later news of India abrogating Kashmir’s special status air. Even our close, friendly countries refuse to take up the matter. The OIC was obliged to discuss the status of Muslims in Kashmir but strong Indian influence on OIC members prevented this from happening. In fact UAE awarded Modi with the highest civilian award just after the revocation of rights of the Kashmiri. Similarly, the Saudi’s pressure us to not attend the Kuala Lumpur summit where major issues facing the Muslim world were to be discussed. In return it was hinted that Saudi Arabia might raise Kashmir issue but nothing happened.

Our major hope during all these foreign office struggles had been support from China. These hopes materialized partially as China picked up the issue in UNSC and called a meeting. However, this is majorly because China itself has border issues with India in the Ladakh region. Recently, the skirmishes between India and China had completely diverted the Kashmir issue to only between China and India and Pakistan looked like a third party to the issue- despite being the main one. Now, once China secures its main interests in the region, which are trade routes, a major question pops up. To what extent will China be willing to project Pakistan’s concerns, in the global arena? Secondly, we must consider the fact that China and India are not enemies; in-fact can be great trading partners in the near future.

Adolf Hitler said “when diplomacy ends war begins”. But war is not deemed wise, in contemporary time. The advanced weapons we are equipped with if used will cause massive destructions that is not in favor of any state. War is not an option be it of any type. The Pakistani government and establishment have strongly opposed any such idea from gaining grounds. People who talk about limited warfare sometimes undermine its threats to the Kashmiri people themselves. Therefore, this can never be an option.

This brings us back to square one- the solution. It is very clear that our efforts to provide Kashmiri people relief through various forums have not generated any positive result. Call it India’s defiance of international norms or our failure that a supposedly bilateral issue is now regarded as India’s internal matter. On the other hand global powers have turned a blind eye towards this crisis which sort of appraised India and therefor it continues advancing its oppression policies. If global powers do not play their due role they must be reminded of what happened when Britain and France gave a free hand to Germany’s Hitler. Surely we do not want anything close to that.

A new normal is being imposed on us. But ask us a million times we will not accept oppression as normal; inhumanity as normal; abnormal as normal. May God help the Kashmiri people.