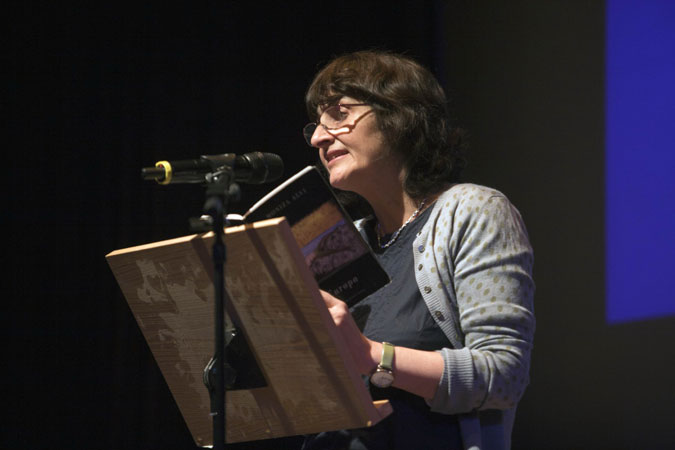 Moniza Alvi is one of the most recognised poets of Pakistani origin. She was born in Lahore, Pakistan but mostly grew up in Hertfordshire and, so, had ample chance of studying at the universities of York and London. Besides writing poetry, she has been instrumental in tutoring for the Poetry School. She has earned many awards for writing poetry in such a wonderful way that the world recognized her style and content. For example, she received a Cholmondeley Award in 2002. She has also experimented with many themes and related issues in her poetry and, like any other diasporic poets, has a longing for her home and has expressed this in her multiple poems. She is mostly writing on duality, partition, fractured identity and transformation, Homelands – real and imagined – in her poems. She has also employed the topics such as ‘The receding east, the receding west’, ‘Interplay between inner and outer worlds’, ‘Imagination and reality’, ‘Physical and spiritual experience’, ‘Fascination with otherness’, ‘Predilection for the surreal’, and ‘Familiar strange, and the strange familiar’.

The poem “Presents from My Aunts in Pakistan” is her search for her roots and identity by connecting herself with her aunts in Pakistan. The poet provides details of the articles like Shalwar Qameez, shoes and fashionable bangles. These remind her of her origin and the colours and culture of that place to which she belongs to. The poet needed to do that because the matter of her identity, like any other migrant, was fracturing.

‘I pictured my birthplace

When I was older

there was conflict, a fractured land

The poet uses the term ‘half English’ for such a situation of identity. The poet uses the metaphor of camel skin lamp which carries multiple layers of meaning to create another connection with her origin. The poet gets the psychological support also when she talks about the wish for costly foreign dresses and gold articles of the Pakistani women and proves futility of such desires.

The poet uses the term ‘half English’ for such a situation of identity. The poet uses the metaphor of camel skin lamp which carries multiple layers of meaning to create another connection with her origin

The poet further reveals the difference of choices between her and her class fellows and connects this difference with her migrancy experience. The poet recalls the way they had migrated many years ago to live in this country. Now she can only visualize her country and her roots of identity in her imagination. The ending lines of the poem refer to the history of partition and places which make Pakistan. Lahore and its residents reverberate in her mind and she finds herself transported into the company of her aunts who by observing the cultural norms were living their segregated lives in the female part of the household. 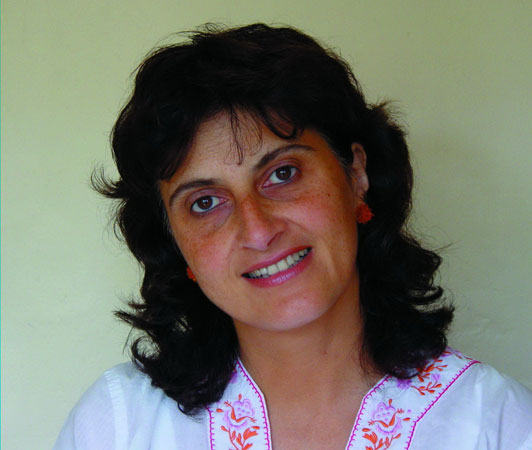 But on the other hand, the poem, I would like to be a dot in a painting by Miro, is entirely of different nature and style and hence traverses bigger and larger ground and so becomes philosophic in nature. The poem is about human beings in general and their life. The poet draws more upon the wishes and desires of the people to excel in this world but teaches a lesson as well by referring to the right course of life. the poet says that although the human existence is so small in this universe that one has to look for him or her but the human is bestowed with unique qualities of head and heart by nature and that every human must use these characteristics in order to understand the world around. Though the position of a human is never understood totally by him or even by others yet there is no harm in making efforts for recognition and attention. The poet also reveals the level of satisfaction that a human being has and so the most interesting lines of the poem are:

around me, and that’s the joy of it”.

It is very interesting to note that the poet uses the metaphor of DOT for a human and attempt to analyse the life of human in this universe. According to her this dot is like so many other dots but recognition will come to a dot only at the time when the dot makes untiring efforts and makes himself shining and distinguishing among the other dots. This recognition may not be a big reward, yet the efforts can also make one outshine which is itself an agent of satisfaction. The poet sends the message of satisfaction in the end of the poem by saying that no one has ever been able to get a full satisfaction from his or her performance yet the recognition of this performance makes one feel proud of his or her work.

In conclusion, we can say that Pakistani Diaspora poets not only represent the voices of Pakistan and keep on their continuous search for their identity by addressing to their own people, but also these poets, like Moniza Alvi, turn to their international and national audience to discuss and analyse the philosophy of life and death and this aspect of their poetry makes them not only universal but also indigenous.