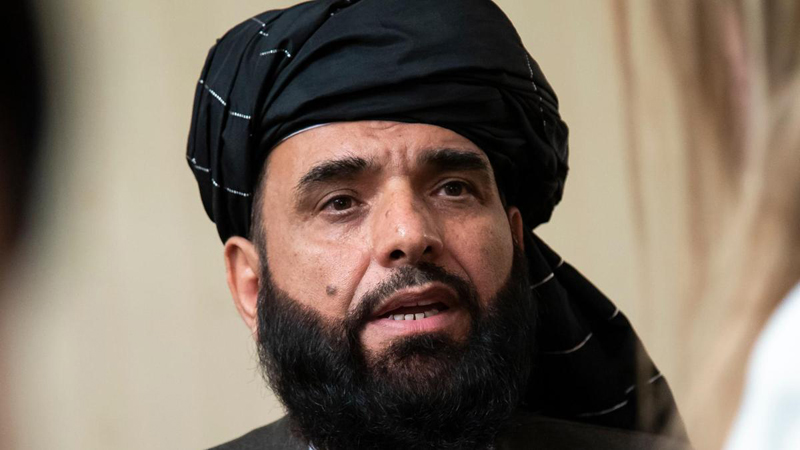 Afghan Taliban political spokesman Suhail Shaheen said on Thursday that the Taliban will be ready for intra-Afghan negotiations immediately after Eidul Azha if the government frees hundreds of their prisoners.

Shaheen’s offer came after Afghan government’s refusal to release about 600 Taliban prisoners over what Afghan officials claim their involvement in serious crimes such as drug trafficking, abducting citizens, sexual assault, stoning of women, assassinations, and other human rights cases.

The intra-Afghan negotiations were scheduled to start on March 10 under the Taliban-US agreement signed in late February but differences over the release of prisoners delayed the dialogue, which is key to Afghanistan’s future set up.

“The Islamic Emirate is ready to release all remaining prisoners of the other side before the eve of Eidul Azha provided they release our prisoners as per our list already delivered to them. Likely, IEA is ready to begin intra-Afghan negotiations immediately after Eid in case the process of the release of the prisoners is completed,” Shaheen said in a twitter post.

The Afghan government did not directly respond to Shaheen’s new offer but urged the Taliban to stop violence and start direct talks.

“The Taliban office in Qatar should stop the Taliban freed recently from returning to fighting as they had committed at the time of their release. Some freed Taliban still fight against the people of Afghanistan,” Javid Faisal, spokesman for the office of the National Security Adviser said in response to Shaheen’s remarks.

Meanwhile, the US special envoy Zalmay Khalilzad and the UN office in Kabul on Thursday showed concerns at a spike in Afghan violence after nearly 40 people, mostly civilians, were killed in air strikes in western Herat province on Wednesday. Children were among the victims, according to the locals. BBC Pashto radio quoted a source as confirming that 26 civilians were among 45 people killed in the strike.

Locals were quoted by the section of the Afghan media that the Afghan air force struck people gathered to welcome a freed Taliban leader. Afghan defence minister Asadulalh Khalil and other officials, however, claimed that Taliban were targeted in the attack.

US Special Representative for Afghanistan Reconciliation Zalmay Khalilzad said on Thursday that the last 24 hours have been very violent in Afghanistan with many losing their lives.

“In Herat, photos and eyewitness accounts suggest many civilians including children are among the victims of an Afghan airstrike. We condemn the attack and support an investigation. Similarly, we deplore the recent Taliban attacks in which many Afghans have lost their lives,” Khalilzad said in a series of tweets.

He said the Afghan people want an immediate start of peace negotiations and a settlement that is in their best interest. More graves will not bring negotiations forward.

“Rather than setting the process back, we urge all sides to contain the violence, protect civilians, and show necessary restraint as the start of intra-Afghan negotiations is so close,” he said. The United Nations Assistance Mission in Afghanistan (UNAMA) said at a time when Afghans should be together discussing peace in intra-Afghan negotiations, there is a spiralling cycle of violence in #Afghanistan with terrible numbers of Afghans from all walks of life being killed or injured. “Attacks in civilian-populated areas, including ground engagements, airstrikes and IEDs are inflicting an appalling toll, with a disproportionate impact on women and children across #Afghanistan,” the UNAMA chief Deborah Lyons tweeted.

“For the good of all #Afghanistan it’s time for both sides to lower levels of violence, release the necessary prisoners, call a halt to fighting over next week’s Eid and start talks immediately afterwards,” she said.

Dr. Abdullah Abdullah, Chairman of the High Council for National Reconciliation, condemned civilian casualties in Herat and said that reduction in violence was expected ahead of the intra-Afghan negotiations.