* Says instead of focusing on education and training of transvestites, the gurus always focus on earning more and more through them 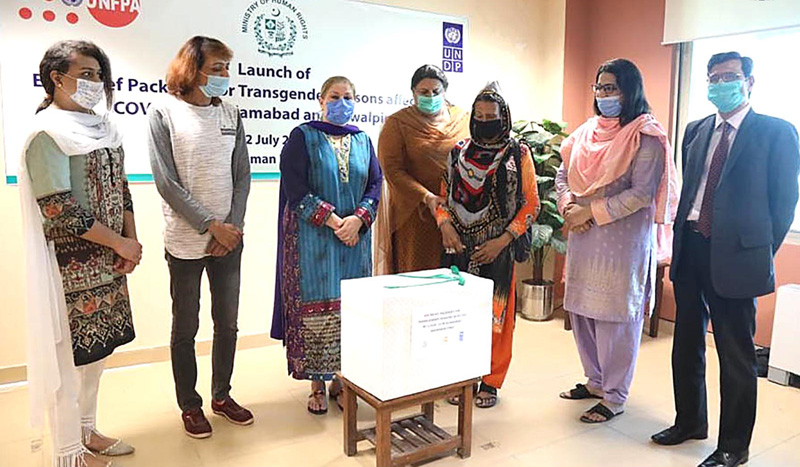 The government should formally regularise the guru culture to ensure formal education for the Trans community of the country, Nayyab Ali – a transgender rights activist and Gala Award Winner – said when asked about the difficulties for the transgender persons in getting education.

She said, mostly transgender persons leave their homes in teenage and started living with the gurus. Adopting teenage transgender is like Lottery for the guru, because the guru will earn money through him/her either by dancing or by sex work.

Instead of focusing on their education and training, the gurus always focus on earning more and more through them that’s why they seldom motivate or allow their disciples (Chela) to get education, she maintained.

As per the 6th Population and Housing Census released by the PBS, Pakistan’s transgender population stands at 10,418 – 0.005% of the total population of over 207 million.

However, the transgender activists reject these figures and claims that according to an estimate, there are more than one million transgender persons across Pakistan, adding that more than 5,000 are living only in the twin cities and surrounding areas. According to a study, 45% Trans are living independently, 35% with their Gurus and 19% living with their families.

Huraira Noor – a transgender hailing from Lahore and has done graduation in Urdu Language – said, mostly transgender leave their home due to social behavior of the society and even family members. After leaving their homes, in most of the cases other transgender take them from roadside to their guru and from where their new life starts. The guru motivates them for dance and sex work and if she is beautiful, else the guru sends her to begging.

They have no option to refuse the guru order because they had left their homes and need shelter, protection and feed. In this way their journey of sex work, dance and begging starts, which normally never end in their life, she maintained.

“I came to know about the free education announced by the AIOU even it was announced almost two year ago; this is because of the lack of awareness among community. I will get admission in coming session to complete my desire of Master degree in Urdu literature”, Huraira wishes.

To a question regarding the smaller number of enrollment in AIOU, Nayyab commented, it might be possible that more than this transgender are enrolled in the AIOU but they do not want to show their identity as transgender person because of the social or family reaction.

Another reason of the low literacy rate among the transgender community is that most of them left their education in very early stage of their school due to the humiliation and harassment by their fellows, teachers and community. Once they left the education system, it is very difficult for anyone to bring them back for the schooling, Nayyab added.

Right to education report explained that the transgender are harassed and humiliated by their teachers and students in education institutions; these actions lead to Trans drop out from education. Further, abusing of Trans in education sector is mostly found in the form of sexual, physical and psychological. Their classmates and other colleagues bullying and passing comments; in case of reaction from third gender side it is also leads to physical violence.

Usman Malik – executive director at Dareecha, a non-government organisation working for transgender rights – said, transgender community also have lawyers, doctors and teachers as well but most of them are those who are living with their families and their families supported them in getting education.

He said, it is true that most of the transgender leave their home as they get mature and after that, their priority is to earn money. If a transgender, who is beautiful and young is earning almost 200 thousand in a night by dancing or by sex work, then why she will do efforts to continue education?

“I disagree with the stance that all the gurus bar them from getting education, in some cases it can happen but for all it is not true. There are gurus who are educated and motivated their disciples (Chelas) to get education. But it is the prime responsibility of the parents to keep their children with them and make sure their schooling”, Usman maintained.

Syed Baqir Shah – Assistant Regional Director AIOU – said, university advertise free admission policy for marginalised segment of society on media, social media, and other available forums to motivate them for the education. Moreover, also facilitate them in processing of admission if anyone approaches university administration anywhere in the country.

He added, not a single admission of any transgender persons is rejected due to lack of funding or any other reason. The society and community leaders should also play their role to motivate transgender person in getting education.

To a question Baqir said, AIOU is offering distance learning education, through this system transgender person continue their education without any harassment which they often complaint by the fellows, society or institute administration.