Why do people believe in conspiracy theories in Pakistan during Covid-19? 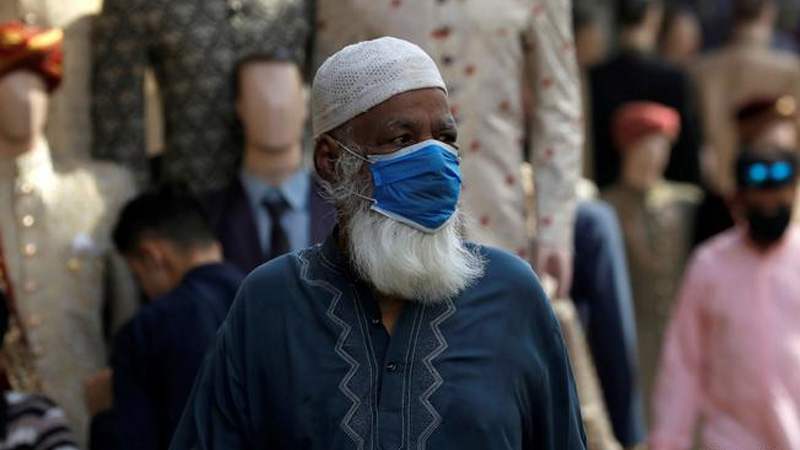 People of Pakistan, a conservative Muslim majority country, are significantly vulnerable to be easily trapped into the propaganda and manipulation of both political and religious leaders because the ability of people to examine the information has been diminished by virtue of the educational system.

Pakistan, preoccupied with continuing internal turbulence, has been generally ruled by military power often with a democratic visage. Thus, to justify their actions and to strengthen their regime, ruling leaders of the country frequently lie to the masses and tightly control the flow of information. Amid the ongoing pandemic, Pakistani government has muddied the actual state capacity and the Prime Minister Imran Khan kept on telling the public that Covid-19 is just a flu and may not be taken seriously despite the pleas by opposition parties and health departments to take tough measures. Prime Minister, trivializing a highly sensitive matter by not listening to medical experts, provided space to conspiracy theorists for making absurd claims. Believing in conspiracy theories by a considerable amount of population amid a pandemic makes even those vulnerable to damage who take best possible measures to protect themselves from the disease. While many political leaders and health departments have strived hard to make the people understand the severity of the situation, the impact of their influence is far less than what is required. In the book “Why Leaders Lie”, Professor John J. Mearsheimer points out that leaders frequently lie and deceive their own people. As a result, the trust deficit makes the public curious and makes them distrust the leaders even in times of crisis such as Covid-19. In Pakistan too, leaders lie to the public for short term gains. If leaders refrain from lying to the public in general, it is more likely for the people to conform to the instructions given by the state authorities: having experts on the matter – instead of listening to quacks.

Pakistan, with a literacy rate of 59.13% for people aged 15 and above, finds it very difficult to resist falling to conspiracies. The irony is this that those who are literate have often been educated the wrong way. The educational system in Pakistan trains pupils to accept the ideas without verifying them. It is hardly possible to find references in school textbooks. Students, habitual of accepting the reading material without counter-checking, ipso facto start believing everything that is written. The products of a malfunctioning educational system find it difficult to escape from falling to conspiracies. Moreover, in madrasa (religious) schools, subjective things are preached as objective truths. Consequently, when they read or hear a conspiracy theory (at any age) that appeals to them, they believe in it without searching for a source. As one person believes in some conspiracy and spreads it without verifying, conspiracy theories get a geometric effect as multiple people seamlessly absorb and spread them; for they too are a victim of accepting unverified information by virtue of the educational system.

Religion and cultural values play a vital role in Pakistan’s society. The hold of clergy over morality makes it difficult to escape the glass ceiling of subjectivity portrayed as objectivity. A renowned religious cleric Tariq Jameel went far ahead and called coronavirus to be a wrath of God because of women’s immodesty in a televised address towards the nation. Since the doors of critical thinking are almost closed in matters of religion, conspiracy theories linked with them are not weighted against the facts. Cultural taboos and religious myths have hindered the polio vaccination drive in Pakistan. Pakistan is one of the two countries where polio virus still lives (the other being Afghanistan). Polio workers have been targeted many times in the country based on conspiracies. When Covid-19 vaccine will be ready, it will be a big challenge in Pakistan to counter conspiracies and vaccinate people.

Conspiracy theories go hand in hand with uncertainty. In times of pandemics, there is a big responsibility on all state departments to work together. When they don’t, the environment becomes anarchic and rumor generating factories in the form of conspiracy theorists are established. They get a huge viewership on social media as well as mainstream media. Media is often called the fourth pillar of the state. It can work for the good if it chooses to. Media, in run for getting an increased watch time for an increased profit, often gives air time to conspiracy theorists; for a huge audience awaits them. They provide people with an opportunity to establish ideas out of thin air to match whatever fact they think is true. Psychologically, Lantian et al (2017) research shows that conspiracy theories thrive because people accept and propagate them in a bid to get recognition. They claim to know the secret information that is not accessible to everyone. It gives the conspiracy theorist a feeling of being special for holding information that others do not know. Thus, amid the pandemic of Covid-19, conspiracy theories in Pakistan have spread like the virus itself.

When someone is a conspiracy theorist, it is hardly possible to make them realize that they believe in conspiracy theories because their perspective on anything countering their self-hypothesized truth is itself a part of conspiracy. They outrightly shun the reasoning process. Social media networks are overflooding with conspiracy theories in Pakistan. People genuinely start believing in them when they hear the same thing multiple times from different sources. In such circumstances, logic and reason fails to battle against ever increasing conspiracies. Pakistan is not alone where conspiracy theories spread like a wildfire. It is a global phenomenon but the scale on which citizens of Pakistan have started to believe in conspiracy theories, as had been the case of poliovirus and now coronavirus, does not meet the rest of the world. Without a firm stance by the government, an anarchic environment amid conspiracy theories can be a challenging task for the state to handle Covid-19.

The author writes on International Relations with focus on Power Politics, Foreign Policy and Socio-Political issues