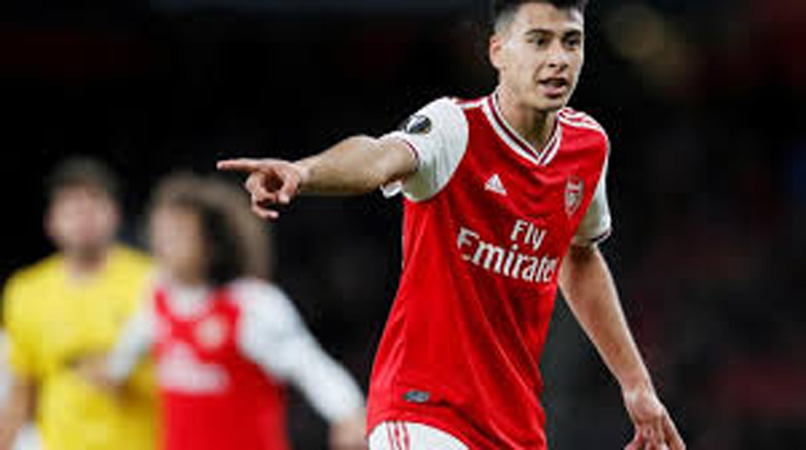 LONDON: Injured during training at the tail-end of a breakthrough season, Arsenal’s young Brazilian forward Gabriel Martinelli will target a return to full training by the end of the year following knee surgery, the Premier League club said. The 19-year-old Brazilian picked up the injury in training on June 21 and underwent an arthroscopic procedure to repair a lesion in the cartilage of the left knee. He was subsequently ruled out of the remainder of the 2019-20 campaign. “He is currently at our training centre every day receiving specialist attention and support from our medical team and will continue his recovery throughout the close season, with the aim of a return to full training by the end of 2020,” Arsenal said in a statement. Martinelli has scored 10 goals in 26 matches across all competitions in his first season with the London club after signing from Ituano last year. Arsenal are ninth in the league table with 53 points from 36 matches. They take on Manchester City in an FA Cup semi-final on Saturday.