ML 1 project will be the game changer in the history of Pakistan Railway: Farrukh Habib 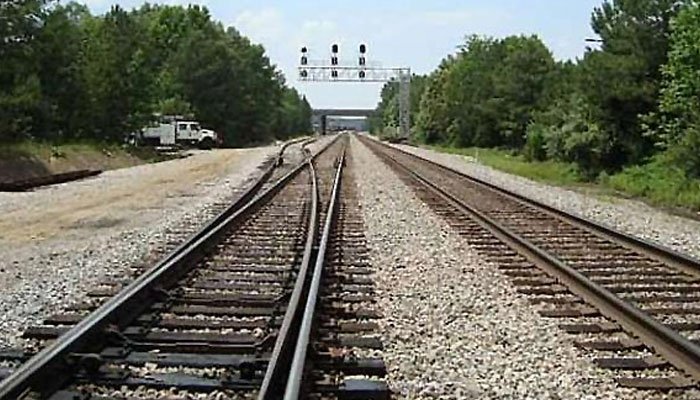 Federal Parliamentary Secretary Railways Mian Farrukh Habib said that under ML1 project of Railways which is a part of CPEC, double railway track from Peshawar to Karachi via Lahore will be completed which will increase the speed of passenger train from 110 km per hour to 160 km per hour. The freight train will be able to run up to 120 km per hour. The project will also adopt international safety standards, including computerized signals and the installation of safety fences around railway tracks.
The project will be completed in 2022 at a cost of about 8 billion dollars. Completion of the project will boost Pakistani trade while passengers will be able to complete their journey in half of the time of today.

The government had provided a relief package of 8 billion, which provided the aid of 12,000 rupees to poor families and subsidy in electricity bills to shopkeepers and small industrialists. He further said that the government is inaugurating a Naya Pakistan housing project. In its first phase, to build one Hundred thousand houses, the lowest markup in the history of Pakistan will be lent at five percent, while government subsidy will be given up to three hundred thousand per house.

The boom in the construction sector will also provide employment opportunities to millions of people, which is a vital need of the Time. The government is working hard to discover new oil and gas reserves and we have found success in Kohat, where we have found abundant oil and gas reserves through drilling. He hoped that there will be good news in the upcoming days that are necessary to improve the country’s economy.

Talking about the political situation in the country, Farrukh Habib said that those who dreamed of minus one would face embarrassment. PTI has come into the government due to the votes of people and it will complete its period. The PPP and PML-N have always resorted to Maulana Fazal ur Rahman for protests, which is a telling proof of their failure.

Talking about the problems of Faisalabad city, Farrukh Habib said that the availability of clean drinking water in Faisalabad city is a big issue for which the Chief Minister of Punjab has approved a special package of Rs.19331. It will provide clean water to millions of people to drink.

On the poor condition of main roads in Faisalabad, Farrukh Habib said that the government has released half a billion funds to municipal corporation for reconstruction and repair of these roads. Replying to a question, he said that the solution of other issues of city including sewerage drainage is local body elections which devolve powers and autonomy to lower level. The Punjab government has completed its homework for holding local body elections. Schedule will be released in the last of this year.