Takhleeq — June 2020 keeps up to its traditions

* In his essay, Hassan Askari Kazmi calls Mirza Ghalib as representative poet of Adam’s dynasty in this world 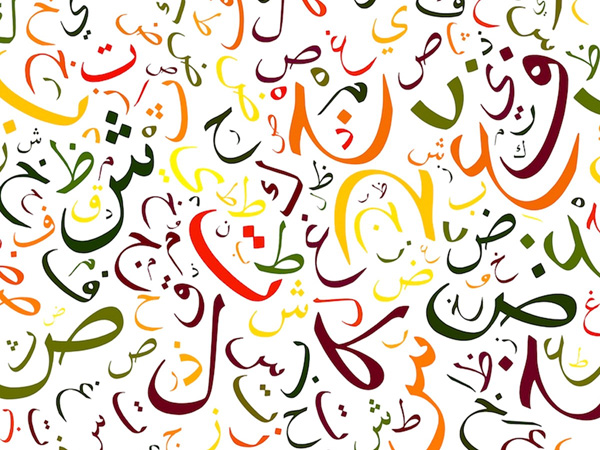 The editor of Monthly Takhleeq was late Azhar Javed, a popular writer and poet from 1969 to 2012 followed by his son Sonaan to-date.

Despite restrictions placed by COVID 19 lockdown and other incidences taking place in the country highlighted in the editorial, June 2020 issue of this magazine has been published, keeping up to its traditions.

In his essay, Hassan Askari Kazmi calls Mirza Ghalib as representative poet of Adam’s dynasty in this world. Kazmi finds solace in Hafiz and Ghalib on the pains he has received from Mir. Kazmi likes Ghailb because Ghalib has faced all kinds of tyrannies but he has not lost hope. He says ‘Na Marna Ho Tau Jeene Ka Maza Kaya’.

Khalid Abdullah writes on some salient features of Abdul Hameed Adam’s poetry. His whole poetry was depiction of one’s inner feelings. He had a knack of saying bitterest of things in easy vocabulary. Many of his contemporaries copied his style as far as expression, sentiments and saying Ghazal in short rhymes is concerned without acknowledging Adam’s greatness as a poet. His lack of circle of friends and jealous or indifferent fellow critics did not pay any attention to his works. Abdul Hameed Adam was unlucky in the sense that he happened to be there when Progressive Movement Writers were at top that projected the poets linked with the movement, not beyond it. Adam happened to be from beyond. Adam quietly continued with his work. He said ‘Aei Dost Muhabbat Kei Sadme Tanha Hi Uthane Parte Hain/Rehber Tau Faqat Is Raaste Main Do Gaam Sahara Daita Hei (One has to bear pains of love on its own. The guide just accompanies for a short while) – Page 20. Who can forget Malika Pukhraj crooning ‘Wo Batain Teri Wo Fasane Tere/Shagufta Shagufta Bahane Tere’ (Who can forget your talk, affairs and delicate excuses?)

Khalid Abdullah writes on some salient features of Abdul Hameed Adam’s poetry. His whole poetry was depiction of one’s inner feelings. He had a knack of saying bitterest of things in easy vocabulary

Qamar Raza Shahzad is a representative name from Jhelum in poetry. Shiba Taraz discusses his three books as far as layers of message in his poetry are concerned. The books are titled Yad Dihani, Khamshi and Bargah. She discusses many issues faced by human being philosophically as far as Qamar’s poetry is concerned. Death is seen in its permanence. Qamar instead of being afraid of death keeps it as a part of his life and thinking (Page 23). The concept of Charagh (lamp) is accompanied by its smoke. Vocabulary such as Dua (prayer), Phool (flower), Talwar (sword), Aina (Mirror), Nao (boat), Dasht (wilderness), Kafan (coffin), Raqs (dance), Zanjeer (chain), Luhu (blood), Lashkar (army) and Jang (war) beautify Qamar’s topics of his poetry such as Khuda (God), Azal and Abad (Life and death), Ajdad (dynasty) Raftagan (bygones), Udu and Dost (friend and foe), Zameen (soil), Makan (existence) and Kainaat (universe). 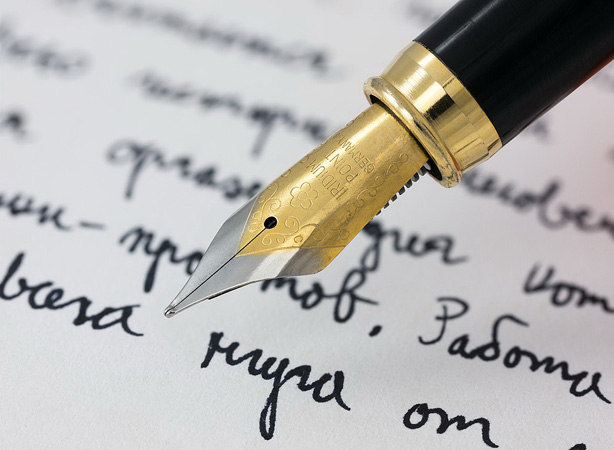 Hassan Askari Kazmi pays tribute to late Dr. Anwar Sadeed who worked untiringly all his life serving growth of literature and journalism. Like Shahzad Ahmad and Khalid Ahmad who had degrees in Science, Anwar Sadeed was an engineer but was acknowledged in the domains of criticism and research (Page 91). The soil of Sargodha had produced literati such as Ghulam Jillani Asghar, Dr. Khursheed Rizvi, Azhar Javed, Altaf Mashhadi, Kanwal Feroze and Dr. Wazir Agha and of course Anwar Sadeed, states Kazmi. Syed Riaz Hussain Zaidi contributes his tribute to Anwar Sadeed in his article ‘Adab Kei Belaus Sipahi’ (undeniable soldier of literature). This reviewer remembers Dr. Anwar Sadeed contributing his article on this reviewer’s book ‘Symphony of Reflections’ and presenting it in the inaugural function at Quaid e Azam Library, Lahore. He walked in Bagh-e-Jinnah to the library on foot despite the heat and old age. Anwar Sadeed had the art of saying a lot in fewer words. Nearly all the literary journals contain his submissions; notable among these were his editorials in the magazine ‘Auraq’.

Dr. Haroon Ur Rasheed Tabasum contributes his tribute to the famous intellectual Dr. Rafiq Ahmad (Page 96). His contributions towards Nazaria-e-Pakistan (ideology of Pakistan) are undisputed. He used to explain to his audience all the details of the 27th moot of Muslim League held on March 23, 1940. He was just thirteen when he attended this Jalsa in which the resolution for Pakistan was adopted. He did his Masters in the University of Punjab and then left to UK for higher studies. He was a soft spoken person. He spoke with open and determined mind. His dream was always for prosperous Pakistan.

The fourth installment of this reviewer’s article on Melody Queen Nurjehen speaks of her association with music composers Master Abdullah, Master Inayat Hussain and Nisar Bazmi. Regarding Master Abdullah, this reviewer shall quote and excerpt from his book Melody Makers “the song that was full of sadness by Nurjehan that captivated me for years was composed by music composer Master Abdullah. This song was ‘Sajna Raah Tera Tak Tak Haarian Dil Dei Mein Boohey Kholey Nainan Diyan Baarian’. The movie was ‘Jat Mirza’. Nurjehan has stated in one of her interviews that it was also one of her favourite songs. The ‘Dohra’ before the main song ‘Hunda Raat Da Jaagna Buhut Mushkil/ Yan Koi Jagda Pehredaar Raatie/ Yan Koi Jagda Ishq Di Taar Wala/ Yan Koi Jagda Dukhya Beemaar Raatein’ sets the pathos-tempo. I love this song. Actress Anjuman pictured this song that was well directed by the director as she roams and cries in the village in the middle of night with buffaloes in the backdrop. Master Abdullah used such musical notes in this song that it hit one’s heart straight away. For example another song ‘Wakh Terey Taun Na Rehwan Sajna’ by Nurjahen also vouches for this fact.

Master Abdullah was an outstanding composer. His tunes oozed pathos. They were melodious as well. He remained underrated and underestimated composer. Despite that, Master Saheb is remembered for his melodious songs. Master Abdullah’s composed songs were a commercial success as well. All the songs of ‘Jat Mirza’ were immortal. It is stated that master Abdullah kept all the tunes of the songs close to the original Mirza Saheban folk tune for this movie. In the song ‘Poori Hui’ by Master Abdullah, actress Anjuman excelled in her performance on this outstanding song. Master Abdullah needs to be complemented for making this song lively. Outstanding impact is created by Sarangi and Tabla beat in the beginning of the song ‘Kahnoo Dairan Laaiyan’. The ‘hook’ (cry) created on the words ‘Jatta Oei’ snatches one’s heart from one’s body. It is a fantastic masterpiece by Master Abdullah. The intervening Shehnai interludes enhance this impact. In this song Nurjehan remained at her very best. Tune changes in the second ‘Antara’ enhance the impact of the melancholy. Such is the work of a master indeed. Due to such compositions, Abdullah lives up to his title ‘Master’.

Earlier, Master Abdullah had shot into fame through his song ‘Mahi Wei Saanu Bhul Na Javeen’ sung by Nurjehan and pictured on the then-petit Firdaus for the movie ‘Malangi’. It was a hit movie of 1965 because of its enduring songs and popularity of Firdaus-Akmal pair released on December 14 that year. I saw it in Capitol Cinema Lahore. Akmal died young on 11th June 1967. The film ‘Malangi’ was a landmark in Master Abdullah’s life as he was not given a title Master then. My all-time favourite of course is Nurjehan’s Urdu song ‘Yeh Jeena Kaya Jeena’ for the Rasheed Akhtar’s 1964 movie ‘Wah Bhai Wah’. This song was pictured on actress Laila. Master debut song with Madam Nurjehan however was in the form of a duet ‘Dil Hei Tumhara Diwana’ with Nazeer Begum for this movie. Another song very much liked by Madam Nurjehan in the same movie was ‘Dil Gaya Tum Nei Liya Hum Kaya Karain/Janey Waali Cheez Ka Gham Kaya Karein’. She rendered it in her PTV’s programme ‘Taranum’ also. What mesmerized me was the movie ‘Laado’ with Neelo’s enchanting acting and Master Abdullah’s songs. Neelo’s natural acting surpassed in a village backdrop pictured around a well and below a tree on Nurjehan’s song ‘Shiker Dopeher Pipli Dei Thaley Main Chankaniyan Wangaan’. This movie was released on August 26, 1966 and was directed by Sharif Nayyar. The producer was Safdar Masud and the lyrics were written by Hazin Qadri, Manzoor Jhalla and Mohan Singh Mahi. The support cast comprised Allauddin, Yasmin, Ragni, Rangila, Ilyas Kashmiri and Mazhar Shah. As per my humble assessment the best song was ‘Dang Pyar Da Seeney Tei Kha Ke’ by Nurjehan well pictured in a sad sequence by Neelo again. Neelo gave dazzling performance in the Dhamal song ‘Sain Singhan Wala’. The images of those artists and pioneers still live in our hearts. His fans will always cherish the memory of Master Abdullah. Another song ‘Mein Ballay Ballay Haseya Di Pand Kuriye’ a duet by Nurjehan and Nazeer Begum needs to be mentioned”.

Ghazals and short stories also form important corners in the June issue of Takhleeq making its coverage wider for nearly all important domains of literature.