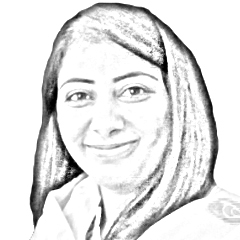 “Blazing Trails: Australia and Pakistan” was a letter written by the then Australian minister for foreign affairs Bob Carr for one of the English newspapers in Pakistan in 2013. The writer celebrated the history of friendship between the two countries saying, “Our ties today are stronger than ever.” Similarly, in 2015 an Australian tourist Sophee Smiles travelled through major Pakistani cities, and explored the northern areas of Pakistan. Portraying a very positive image of Pakistan through her well-known social media blog, she told the world that Pakistan is “one of the friendliest and most beautiful countries she visited.” According to the Australian High Commission Islamabad, Australian visitors to Pakistan are currently 25,300.

Historically, Pakistan’s ties with Australia started in 1948 when the Trade Mission of Pakistan was established in Sydney. Since then the Trade Mission has remained functional in Sydney in one form or another to promote trade relations and to facilitate businesses from both the countries. Australian experts have also been assisting Pakistan since the 1980s in water management, including water harvesting and crop water productivity in Balochistan, irrigation efficiency for mango and citrus orchards in Punjab and Sindh, and construction of community-managed drinking water and drainage facilities in Khyber Pakhtunkhwa.

Ever since the then president Pervez Musharraf visited Australia in 2005, the ties between the two nations have shown a further upward trend. Both countries signed a counter-terrorism pact, which allowed joint training exercises between them. The former prime minister of Australia John Howard also visited Pakistan following the 2005 Kashmir earthquake. The two countries have been holding bilateral defence and security talks since 2006. In 2010, the 1.5 Track Security Dialogue was initiated. The dialogue was an important mechanism for senior security decision-makers and strategists from Pakistan and Australia to share their perspectives on areas of critical importance to both countries. Australia acknowledged security challenges facing Pakistan and offered assistance to address the threat posed by violent extremism in the border regions of Pakistan and Afghanistan. The focus of defence cooperation has been on training programmes.

The biggest portion of Australia-Pakistan Development Partnership Programme during 2014-2015 was in education sector, as it was 33 percent of overall aid and investment. The Pakistani diaspora in Australia has started organisations such as the Pakistan Association of Australia, which serves to raise cultural awareness of the Pakistani community. Pakistan Australia Friendship Association is also developing and promoting social, cultural and other related activities amongst its members with a view to promote a better understanding between Australians and Pakistanis. Another popular connection between the people of the two countries is through cricket.

Australia has a strong interest in Pakistan given its size, economic potential and strategic position in South Asia, and is committed to supporting Pakistan to build economic prosperity and promote sustainable, equitable development. The Australian government’s aid programme in Pakistan works to promote prosperity, reduce poverty and enhance stability, with a strengthened focus on this region. According to the Australian High Commission Islamabad, total Australian government support for Pakistan during 2014-2015 was AU$92.1 million. Two-way goods and service trade during 2014 remained AU$1.2 billion, and Pakistan’s investment in Australia mounted up-to AU$51 million. Some other areas of collaboration are agriculture, dairy, livestock and mining. The Pakistan Australia Business Council is a body that identifies potential business links, facilitates introductions and cements such connections between Australian and Pakistani business people.

According to a recent press release by the Australian High Commission Islamabad, Australia will invest AU$11 million in phase-II of the Sustainable Development Investment Portfolio (SDIP), which is focused on improving energy and water management in the Indus Basin. Phase-II will build on the Phase-I, which is an AU$4 million investment. SDIP is a 12-year programme that began in 2013 with an aim to promote water, food and energy security in South Asia through improved management of shared water resources, renewable energy cooperation, sustainable climate, resilient agricultural practices and strengthened national capacity and coordination. The Australian government also pledged that it would continue its assistance to Pakistan over the next four years to strengthen water, food and energy security.

Such bilateral agreements would help to enhance the socio-cultural understanding of the two countries as well. In view of the growing interest and increasing interactions among the people and the businesses of the two countries, there are promising prospects for further strengthening of trade and economic relations between Pakistan and Australia. However, this bond of cooperation for better future must be secured through strong economic ties and by improving security situation in Pakistan.

The writer is a researcher at the Islamabad Policy Research Institute