“Since December 2016, no teacher has been appointed in the government school of Ismail Mehrani. Some children supported their families in farm activities while others wandered the streets. [Thus] we decided to take up this issue with the Education Department,” says Paras, Community Resource Person (CRP) from district Tando Allahyar. 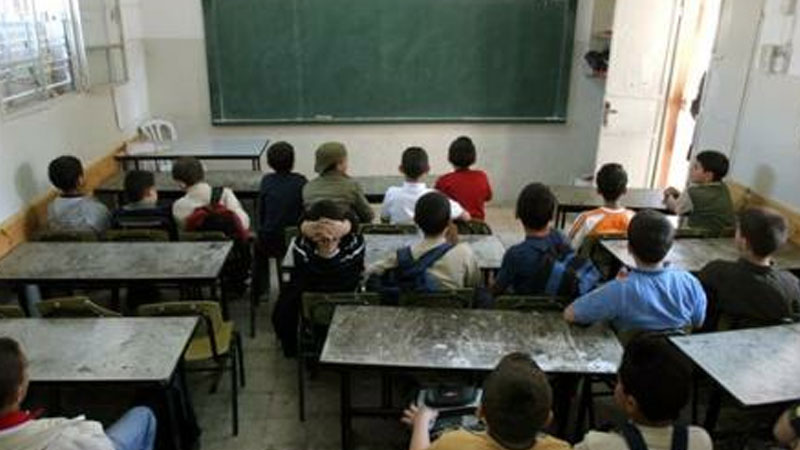 The Ismail Mehrani settlement is situated in the union council Dad Khan Jarwar, district Tando Allahyar, Sindh. As per a survey conducted by National Rural Support Programme (NRSP) in 2016, the Ismail Mehrani settlement comprises of 142 households with a total of 291 children between the ages of 5 and 15. Of these, more than 70% do not attend school primarily due to the unavailability of teachers.

Articles 25-A and 37-B of the Constitution of Pakistan seek to eradicate illiteracy and guarantee free and compulsory education to all children. Yet, the state of education in Pakistan remains abysmal; in overall adult literacy, as per UNDP’s Human Development Indices and Indicators Report 2018, Pakistan ranks second lowest in the region, above only Afghanistan. Pakistan holds a similar ranking for student-to-teacher ratio indicator as well, according to World Bank data. For public expenditure as a percentage of GDP, Pakistan ranks lowest in the region at 2.3 percent (fiscal year 2018-19), compared to Bhutan’s 6.6 percent (2018) Nepal’s 5.2 percent (2018), Bangladesh’s 2.0 percent (2018) and Afghanistan’s 4.1 percent (2017).

With regards to school facilities, Idara-e-Taleem-o-Aagahi’s Annual Status of Education Report 2019 reveals that approximately one-fourth of all primary schools in rural Pakistan do not have boundary walls, only a little over half have access to electricity, and only one-fourth have adequate toilet facilities for girls. The situation is particularly worrisome in Sindh, with performance on each indicator falling below the national average. Moreover, as stated by the Sindh education minister in March 2020, about 13,000 schools in the province are non-functional due to a lack of teachers alone.

The school of Ismail Mehrani settlement was also one of the nonfunctional schools for the past three years and the villagers were unaware of how to change this situation. Under the National Rural Support Programme’s SUCCESS Programme, women members of Ismail Mehrani settlement were first organized into community Institutions and later linked up with various government line departments under the setup of Joint Development Committees. This was when the women realized they could work together to solve community issues, such as this one.

“One of the major issues faced by us was a non-operational school in our area. Therefore we (Village Organization (VO) members) decided to pursue the Education Department for the requisition of a teacher,” informs Janat, VO member Baill-one.

As narrated by Paras and Janat, this task did not come without its share of challenges. The first few attempts at approaching the Education Department rendered little success. Moreover, these women faced opposition and criticism from within the community. Paras adds, “At that point, I decided to leave this task but then I realized, ‘jitney moun utni baten,’ and that instead of supporting us [for an important cause] they are talking behind our backs.” VO members refused to give in and were determined to continue lobbying with the Education Department until they succeeded.

“After a lot of struggle the Education Department provided a teacher (in February 2020) but soon the government temporarily closed down all educational institutes in response to the COVID-19 pandemic,” says Jannat.

Though the settlement of Ismail Mehrani succeeded in achieving the goal of getting a teacher appointed for their local school, the fact remains that there are far and few Parases and Janats in Pakistan who understand the processes involved and then persevere through the challenges that stand in the way of achieving such a monumental task.

Though the settlement of Ismail Mehrani succeeded in achieving the goal of getting a teacher appointed for their local school, the fact remains that there are far and few Parases and Janats in Pakistan who understand the processes involved and then persevere through the challenges that stand in the way of achieving such a monumental task

While various development sector projects, such as the European Union supported SUCCESS Programme are working to educate and enable communities for community-led and demand-driven development, the burden and responsibility of providing basic public services remain with the government. Having severely underperformed on the Millennium Development Goals’, Pakistan was one of the early adopters of the Sustainable Development Goals (SDGs) of 2030. Although a much larger effort towards achieving the SDGs is required across the board, investing in educating the youth is crucial to ensure sustained progress beyond the year 2030.

With the onset of COVID-19, the disparities in the educational attainment of the poor and non-poor are projected to amplify. Immediate action from the government and policymakers is thus required to ensure the accessibility of quality public education by all. It is also high time to address the impediments that keep millions of children out-of-school and also focus on governance-related issues in teacher appointments, and maintenance of school infrastructure and facilities.

The Sindh government has taken a step in the right direction by admitting the problem of nonfunctional schools. However, the true test will come once the pandemic crisis is over. As for the public school in Ismail Mehrani, the Education Department needs to make sure a teacher is still there once schools reopen.