* It was beyond fab to see Ringo sit behind his legendary drum kit and tell a worldwide audience, 'Let's say it again, Black lives matter!' 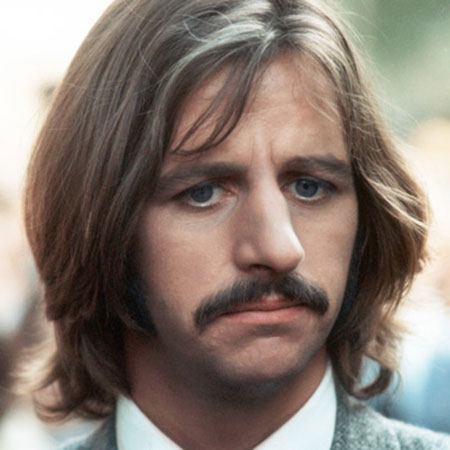 How did Ringo Starr decide to celebrate 80 years of 8-day weeks? By hosting his own Big Birthday Special livestream to benefit Black Lives Matter? By giving a shout out to the late Little Richard as “my hero”? By jamming on “Helter Skelter” with Paul McCartney? All of the above.

It was beyond fab to see Ringo sit behind his legendary drum kit and tell a worldwide audience: “Let’s say it again: Black lives matter! Stand up and make your voice heard!” His star-studded 80th birthday bash was a celebration of Ringoism at its finest: an hour of peace and love and rock & roll, with a little help from his friends.

Beatle birthdays are always festive, but this is an emotional one. Ringo is the first Beatle to blow out 80 candles and enter his number-ninth decade, in his very own Octogenerian’s Garden. A sickly child born in the toughest Liverpool slums, with a single mom, in such bad health he wasn’t expected to live into his teens, much less adulthood. An invalid kid who first banged a drum in the hospital, when a music teacher brought some instruments into the children’s ward.

Not only did he survive, he grew up to be the world’s favourite drum hero. He might be “Sir Richard Starkey” to Her Majesty, but sirs come a dime a dozen, as do majesties and highnesses. He has a much nobler title: Ringo. The only one of his breed. He’s one of the best things to happen to this or any other planet over the past 80 years. And he’s still the best dancer in the Beatles.

So this birthday concert was a sentimental journey. As he told Rolling Stone’s Brian Hiatt last week, he’s missing a couple of his mates. “Now look, you’ve got me going,” Ringo said, as the conversation turned to John Lennon. “I miss the guy. I miss him, I miss George: I still miss those two boys. But I’ve still got my brother, so we’re OK.”

His brother – Paul McCartney – had to settle for joining via video, like the rest of the night’s guests, in a socially distanced virtual concert. But the birthday boy kicked off the show with “It Don’t Come Easy,” calling it “a song George helped me write. I can write it all, but I can’t end it, so he’d end my songs for me.” He did another sweet George tribute in the sax solo, yelling, “Hare Krishnaaaa!”

The special raised funds for a few of his favourite causes, including WaterAid, MusiCares, and David Lynch’s TM Foundation. As Ringo said, “One of the best gifts I ever got was from the Maharishi, who gave me my mantra and taught me to meditate.” It also benefitted the Black Lives Matter Global Network: “the fight for justice, equality, and an end to all this racist violence.”

Ringo did a long-distance drum duet with Sheila E. for “Come Together,” as she mixed in a Jesse Jackson speech and a snippet of “Revolution.” Gary Clark Jr. reprised “Come Together” with his blues guitar, while Ben Harper did a Zoom duet with Dave Grohl. Sheryl Crow played a one-woman-band rendition of “All You Need Is Love.” Paul McCartney appeared in live footage from Dodger Stadium last summer, almost exactly a year ago – Ringo on drums, as they rock a rowdy version of “Helter Skelter.” And thank God, nobody sang “Imagine.”

Because of the pandemic, Ringo was alone in the studio except when Joe Walsh came by to bump elbows.

Beatle birthdays are always festive, but this is an emotional one. Ringo is the first Beatle to blow out 80 candles and enter his number-ninth decade, in his very own Octogenerian’s Garden

But in spirit, his friends were all aboard. There were tributes from Bettye LaVette, David Lynch, Nils Lofgren, Peter Frampton, Bob Geldof, and his great-granddaughter. Jaden Smith said, “You are my idol. Thanks for inspiring me and my entire generation!” Bonus: the groovy combo of Olivia Harrison and Mick Fleetwood.

Producer Giles Martin gave a fond tribute “from all us Martins,” with the night’s funniest inside joke for hardcore Beatle fans. He quipped about the infamous 1962 session where George Martin hired another drummer and demoted Ringo to tambourine: “I know that Dad always regretted ‘Love Me Do.’ I hope you forgive him now!” Ringo debuted a new version of his 2017 “Give More Love,” featuring cameos from Willie Nelson, Steve Earle, Jackson Browne, Elvis Costello, Keb’ Mo, Michael McDonald and the Dude himself, Jeff Bridges.

Ringo’s Black Lives Matter tribute included documentary footage of the Beatles’ early US tours, when they refused to allow segregation at their shows in the South. Ringo added, “I don’t have to tell you that the Beatles’ early success had a lot to do with the influence we found from American artists. We loved listening to Ray Charles, Little Richard – my hero – Stevie Wonder. Sister Rosetta Tharpe: I saw her live at the Cavern. And my stepdad’s favorite: Billy Eckstine. The list goes on and on.”

The musical highlight: a heart-tugging “With a Little Help from My Friends,” performed live last year with his All-Starr Band. There’s something about hearing this song at a time of massive fear, grief, and isolation. “Are you sad because you’re on your own?” is a tougher question than usual, just as Ringo’s confident “noooo” hits a little harder. As John Lennon told him in 1969 when they were recording “Don’t Let Me Down,” asking Ringo to start the song with a cymbal crash, “Give me the courage to come screaming in.” Ringo’s drums have given more courage to more people than practically any musical instrument in history, and his birthday was a fitting celebration of his amazing life. Here’s to Ringo and his next 80 years. 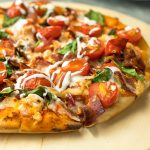 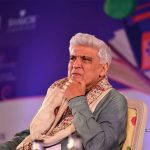 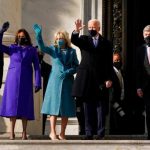 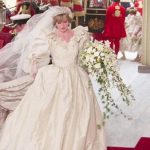