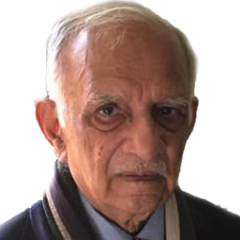 History would record the decade-long dictatorial era of General Ziaul Haq [from 1977 to 1988] as the time when the germs of fundamentalism started germinating in the marrow of this country, before turning into a cancer and finally eating out the vitals of our socio-political system.

Our social life is marred by various arbitrary interdictions and taboos imposed on us by sanctions of the clergy. The rapid rise of the Taliban friendly mindset and its influence on our politics has no relevance to its support in the masses, keeping in view its meagre presence in the parliament. However, the fact remains that the backers of the Taliban ideology keep growing in the Pakistani society with every passing day, almost three decades after the death of General Zia in a plane crash. That is why one remembers Prof Waris Mir.

Waris Mir, a professor at the Mass Communication Department of Punjab University, Lahore, although a beacon known and valued highly for his contribution to the field of journalism, has yet many facets to his personality that are worth idealization. A top flight writer of his time, he was a Seer who wrote not only for the generation that was reading his writings on multi-dimensional issues, but also for the posterity that was yet to open its eyes in this social setup. “While a writer is penning down his concerns, he is not only writing for that particular day or era – he is rather putting together pieces of history for the posterity. But in this age [of Zia dictatorship], when the journalist/writer is not ‘allowed’ to put into black and white what the truth is, what element of precision or accuracy is he going to secure through writings?…. with enchained expression, it is not only the voice of the writer that is muffled but of that entire generation”, so wrote Waris Mir in one of his articles in 1985.

The greatest contribution of Prof Waris Mir to the decade of retrogression was that he challenged the gospel truth being indoctrinated through state media as the national premise. At that time, the Islamic Goebbels of General Zia’s military regime had firmly established that the founding fathers of Pakistan wanted religion to be the doctrinal spirit of the state and that the PNA movement of 1977 was a mandate of the people for it to be made the source of law and life in the state. Waris Mir confronted this official truth by proving through his well researched and scholarly dissertations that the type of discriminatory and anti people laws being enforced by the ruling junta at that time were not even correspondent to Islam itself. Islam, as he interpreted it, came in far more progressive than the Goebbels had deemed it to be. 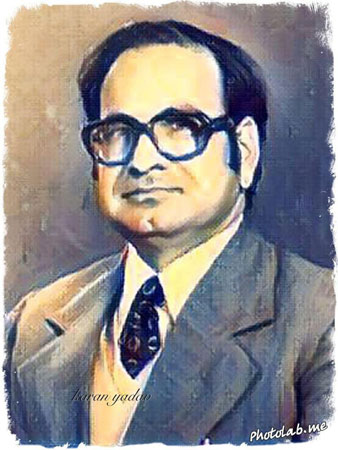 His finest contribution was a series of articles on women’s rights titled as “Kya Aurat Aadhi Hai?” (Is women half a human?) These articles, which were later published in a book form, castigated the clergy-sponsored and Zia-backed basis of the discriminatory laws against women, particularly repugnant of which was the new law of evidence which recognized woman as half. Waris Mir also proved in the same series of articles that the family laws promulgated by the Ayub regime were closer to the spirit of Islam than the chauvinistic legislation being proposed by the Jamaat-e-Islami Pakistan at that time. Prof Waris Mir also defended westernized educated women and their right of coming out of their cloister and the rights of the working woman at the work place. His best loved columns during those days were written about some sensitive issues like the press freedom, referendum, non-party based elections, constitutional amendments, etc.

From 1985 till his death on July 9, 1987 at the young age of 48, Prof Waris Mir was doing what he called establishing a tradition of rational discourse. In this period, he dwelt at length on the complex theme of development of thought in various cultures and the requisites of the state like fundamental human rights and civil liberties granted in the west and made men responsible for it. The recurring pattern in the writings of this period is enumeration of the objective conditions these ideas were up against and then a proposal of a mode of their application in our circumstances. The writings during this time were totally secular in spirit. They were also a cause of greater discomfort to the rulers because they presented an opposite worldview.

It was only natural that like all heretics of the intellect, Prof Waris Mir should pay a price. He had to face persona non grata in the corridors of the government by losing the prestige of his post in the Punjab University where he taught. Further personal anguish came when he was harassed in the alma mater that he had served with distinction for decades and his son too was falsely implicated in a murder case by the Islami Jamiat Tuleba at the behest of the Jamaat-e-Islami leadership. He always said that his foes won’t be able to break him, but that probably happened because he died at a young age of 48. He probably knew the price and paid it willingly because once he provoked the analogy of Prometheus in a column saying, “If one has a heart, vultures shall pick”. The man, no doubt, had a heart.