What it means to be ‘Dad’

During the recent Father’s Day observance, my social media feeds were full of fond remembrances and remarks from my Pakistani and American friends about their fathers. Since my 75-year-old father is not on social media, I called and wished him a Happy Father’s Day.

According to Wikipedia, Father’s Day was first celebrated in the U.S. at the start of the 20th century and eventually gained national popularity in the 1930s.

While the term “father” is widely used in all of its translations across the world, I’m more interested in the term “dad”.

I recall a U.S. government public messaging campaign 20 years ago targeting men about being responsible fathers. The theme was, “Anyone can be a father, but it takes a man to be dad.”

At the time, I wasn’t sure I ever wanted to be a father, but that phrase resonated with me because I understood the difference between being a “father” and a “dad”

At the time, I wasn’t sure I ever wanted to be a father, but that phrase resonated with me because I understood the difference between being a “father” and a “dad”. In my experience, “Dad” is more than just a word. It’s an expression of affection and love, and it’s earned. Some kids may use “daddy” or “papa”. Of just some of the languages in Pakistan, one may use “Abba”, “Abbu”, “Ba”, “Baba”, “Plaar” and “Piyo”. Regardless the term of endearment, a child’s birth might make you a father, but a child’s devotion and trust makes you a dad. 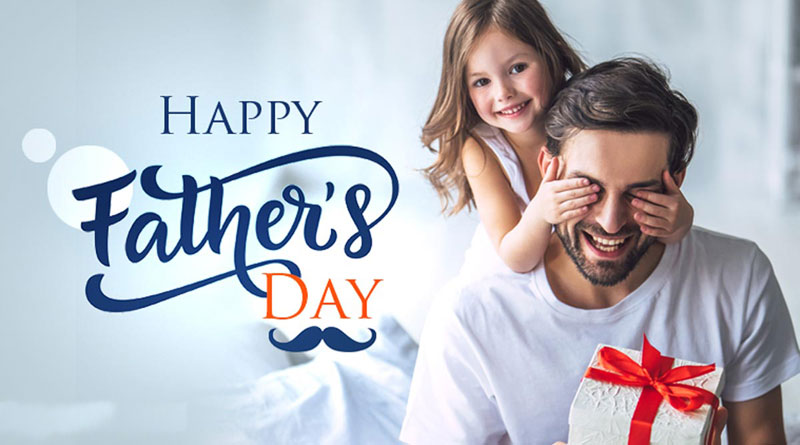 Ideally, people become parents because they desire to raise children. Some consider this a very arrogant act. In essence, you are saying to the world, “I have the love and talents to create and raise another human being.”

However, the task of raising a child is among the most selfless duties one can undertake. For a new parent, parenting is suddenly their primary role, whether they feel prepared or not. For me, that role was really tough to accept. I saw my time, energy and attention to things I did before parenthood entirely redirected to my children. My wife and I never discussed what parenting tasks she would do as a mom and what I would do as a dad. Our parenting lives started like every other parent’s does, after the first child is born. My definition of what it was to be a dad started taking shape, too. Since then, being a dad has meant “learning on the job” through successes and mistakes and asking for advice from other dads, including my own dad.

Becoming a dad also has unlocked so many memories of my own childhood and how my dad raised me. I’ve used many of those memories as instructions on what to do with my own children, as well as what not to do. I’ve felt especially ready to be a patient and supportive teacher to my children much like my dad was when he taught me to fish, to sail a boat, to operate a lawn mowing machine, to drive a car and many other skills.

Perhaps the celebration of “Father’s Day” should actually be “Dad’s Day”. It would be a day to celebrate not all fathers but those who earn the title of “Dad.”

In my experience with and understanding of Pakistan family households, child-rearing is shared by parents with the extended family of grandparents, aunts, uncles and cousins. By and large, a U.S. household is made up of a simple nuclear family of parents and young children. Despite these differences, I strongly feel that a dad’s place in their child’s life is universal.

A dad says “I love you” not just at bedtime or at the end of a phone call. A dad doesn’t rely on the mom to tell him what to do with or how to relate to his kids. A dad feels envious if a scared or hurt kid turns instead to mom for comfort. A dad shows love to their kids, no matter whether they are in the home or in public. A dad knows they will always be the most important male influence in their child’s life. A dad knows that their relationship with their child will have a huge influence on the kinds of relationships the child will seek with others in later life. A dad allows his heart and feelings to grow in ways they didn’t think possible.

Being a dad depends on large amounts of love, security and active involvement. This remains true even after your kids leave childhood to make their own life as adults and raise their own families.

The idea of a holiday to celebrate parents seems a bit absurd, doesn’t it? Parents are doing what they should be doing. Love and appreciation are something that should be shared between fathers and children and appreciated throughout the year.

However, what should be celebrated are the fathers who choose to be men, who recognize the honor they’ve earned to be called Dad. I wish them all a belated Happy Dad’s Day.

Ken LeBlond is a writer in Amherst, Massachusetts