Selective approaches to the press

In the age of information warfare and dissemination of facts and figures through social media platforms, the term ‘fake news’ has gained increasing resonance in powerful quarters across the globe. The term has been used and applied ubiquitously by populist leaders such as President Trump of the United States and Prime Minister Narendra Modi of India, with the mantra being peddled by states who view contrarian news coverage regarding domestic or international events as unacceptable and implement measures to curb both local and foreign journalists from performing their duties.

In a tit for tat measure adopted on Wednesday, the Chinese foreign ministry asked The Associated Press, the CBS and The United Press International to submit information regarding their operations in China as American media outlets. This latest move can easily be construed by Western experts and policy makers as an attempt to muzzle out press freedom in Chinese territory, particularly, in the wake of the passage of the Hong Kong Security Law and the negative coverage surrounding it. What such narratives fail to address however, is the fact that the very same Western democracies and populist governments continue to adopt a subjective approach towards curbing and promoting media freedom both internally and internationally.

One such example is Brazil under Jair Bolsonaro’s presidency. The country’s Senate recently passed a bill aimed at fighting ‘fake news’, with the establishment of rules and procedures for tackling misinformation. Brazil’s populist leadership views attempts to exercise freedom of expression in a democracy to potentially instigate aggression or violence as the head of Senate David Alcolumbre suggested recently. Such views come just months after the government upon its own volition, muzzled out factual information pertaining to COVID-19 and castigated media outlets critical of the management of disasters such as the Amazon rainforest being set ablaze. Similarly, another example of muzzling out the media in the Western hemisphere is the Donald Trump administration’s brazen targeting of journalists and the usage of bellicose rhetoric against protest groups with threats being issued on social media platforms. The United States has also targeted China with a widespread media smear campaign and limited which were initially open ended. Domestically, attempts by journalists to expose the administration’s draconian measures have been met with sharp rebukes and defiance in what essentially is, a democratic set up. The George Floyd protests and the administration’s response in the aftermath of the Charlottesville riots of 2017 are cases which demonstrate that impartial coverage and questioning the government’s policies have been met with denunciation of channels such as CNN or threats being issued against social media companies such as Twitter. Chinese regulations of the social media on the other hand are done to quell anti- state elements engaged in sowing civil unrest which markedly differs from flawed domestic policies providing the media a platform to expose democratic governments. 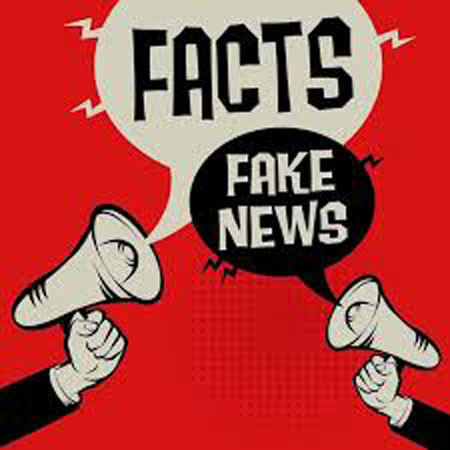 This trend of muzzling voices in the media or castigating mainstream coverage of events for being lopsided is not limited to the Western hemisphere alone. In India, the Modi led Bharatiya Janata Party has attempted to silence critics of its policies directed at the population through a series of measures which include shutting down channels, hounding journalists or instigating high profile sackings. Even the scrapping of Article 370 of the Indian constitution which granted Kashmir special status in August 2019 had resulted in Kashmiri citizens under occupation being stripped off of their right to access medium of communications to connect with the outside world. Preventing ‘fake news’ from permeating into the public space or part of the normative discourse is a common practice and these realities have materialized in a country which prides itself on its secular and democratic credentials.

In light of this, criticisms directed at Beijing’s measures in monitoring foreign agenda driven media activities run hollow due to a number of reasons. Firstly, there is a subjective element to China’s criticism given that countries such as the United States have adopted similar measures domestically. Secondly, China’s domestic media curbs or its policies in Hong Kong specifically target anti-state elements which threaten its state sovereignty unlike the United States or India where media curbs have often been adopted to quell domestic unrest or engage in smear campaigns abroad. Negative coverage of the passage of the Hong Kong Security Bill for example, which is solely aimed at targeting individuals engaged in violence, subversion or terrorism hints at how the American media with its populist governments place greater emphasis on exposing Chinese policies while maintaining curbs domestically. The outcry over the expulsion of Wall Street Journalists over vitriolic coronavirus columns earlier in the year is one such case in point.

As the US media is awash with criticism of China over Hong Kong, Beijing has responded by asking a few US media outlets to submit information regarding their China activities. Not once can such measures be characterized as attempts to muzzle out press freedom given that nabbing the promotion of narratives which threaten peace and stability in China is Beijing’s sovereign right. It is also the right of states to respond in accordance with measures taken against them overseas which makes China no different.

Beijing’s latest calls are in fairness, a response to the unfair treatment meted out to Chinese journalists and a slew of criticism directed at its efforts to exercise its sovereign rights over its territory or curb the pandemic within its borders. Criticism of such moves will only go down to expose the incontrovertible fact that critiques themselves have been peddling the ‘Fake News’ mantra as a justification for curbing media voices both internally and abroad.

The writer is an Assistant Research Officer at the Islamabad Policy Research Institute. He was also a Visiting Fellow at Stimson Center, Washington DC in 2016