Indian Prime Minister Narendra Modi has always claimed to be a champion of human rights. He himself asserted on several occasions that no one on earth respects human rights more than him. In his monthly program “Mann Ki Baat” on All India Radio, he keeps turning to the golden sayings about human values. On the contrary, his whole life reflects upon not only disrespect for human rights but human rights violations. There is not a single phase of his life where such violations are not reflected. There is a visible contradiction in his words, deeds and policies.

Self-proclaimed feminist Narendra Modi has committed such atrocities against minorities, especially Muslims, Dalits and women. Jashodaben Patel, the wife of Mr Modi, is another example of his attitude towards women. Ms. Patel’s identity and presence was denied by Modi for several decades. Until 2014, Narendra Modi denied her existence. However, in 2014, while filing his nomination papers as a candidate for the post of Prime Minister, Modi had to write his wife’s name in the box. He previously served as the chief minister of Gujarat from October 2001 to May 2014, but he never acknowledged the existence of his wife. Before that, nobody knew that Modi, who always pretends to be a so-called champion of human rights, was married once.

The wife of the Prime Minister of India has been barred from entering the Prime Minister House, but the loyal woman continued to work as a teacher without raising any grievances and is now living a retired life. She completed her education after her marriage and made a career as a teacher instead of being financially and emotionally dependent on Mr. Modi.

477 Muslims, out of a total of 8,449 members have been elected till 16th Lok Sabha and there were only 17 Muslim women among them

It is noteworthy that Modi was married to her in 1968 at Vadnagar (Gujarat). Ironically, as the Prime Minister’s wife, Jashoda enjoys Z+ security, but she still does not know what her status as wife is? In her few interviews JashodhaBen mentioned that she considers herself a prisoner, who has no right to be heard. The ideology of RSS encourages such an attitude and considers it as a key to success. As per their ideology, such a relationship is an emotional burden and does not allow a man to flourish in politics. 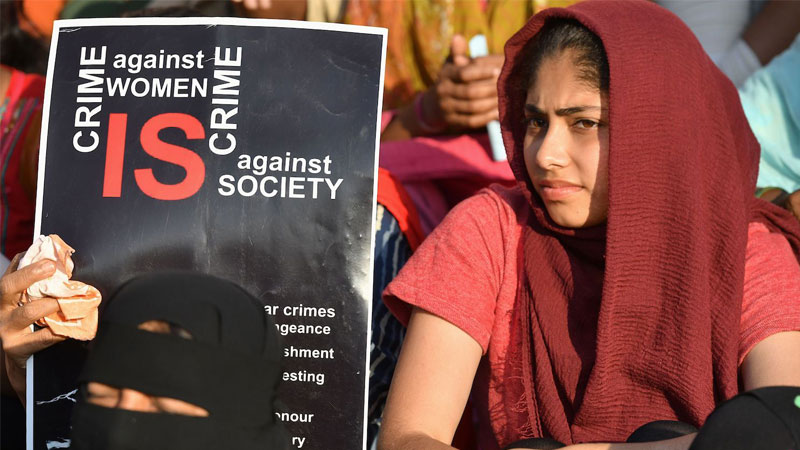 Jashodaben was born in 1952; her mother died when she was two years old. Narendra Modi and his wife got married according to the tradition of the Ghanchi Teli caste of Vadnagar. She started living with Modi in 1968 but this period proved to be very short. Soon after, Modi separated from his wife and engaged in all kinds of vagrancies while practicing Sannyasa. Jashodaben stayed at Modi’s family home for a few months, but then her father died two years later. She continued her education and obtained a secondary school certificate in 1972. She taught in Banaskantha district from 1978 to 1990. In 1991, she moved to Rajosana village and stayed there. Now she is retired and her pension is about 14,000 per month. In an interview, Jashodaben had said, “We have never been in touch. There has been no communication since his departure and I have no particular grievances with him”. She lives with her brother Ashok and his wife in Anjha and lives a very simple life. After three years, Modi returned home and had an argument with his parents and then he went to Ahmedabad to work in his uncle’s canteen and left his wife once again. She never targeted Modi in the media. According to the analysts, it should be termed as the worst irony of the situation.

The plight of women , especially Muslim members, in the Lok Sabha

In 73 years since 1947, only 477 Muslims, out of a total of 8,449 members have been elected till 16th Lok Sabha and there were only 17 Muslim women among them. This number was also acknowledged by the 2006 report of the Sachar Committee. This is a big question mark for Indian secularism.

An in-depth analysis reveals that the Congress, which has been in power for the longest time since 1947, sent only 10 Muslim women to the Lok Sabha, while other political parties include the Bahujan Samaj Party, two each from the National Conference and Trinamool Congress and one each from the Samajwadi Party and the People’s Democratic Party (Occupied Kashmir).

In 73 years, Muslim women have been represented in only five Indian states, Uttar Pradesh, Madhya Pradesh, Assam, West Bengal, Gujarat and Occupied Kashmir. It is even more astonishing that out of so many political parties, provinces as well as Union Territories, only 5 women from Indian provinces and one woman from India-held Kashmir could get into the Lok Sabha.

In this regard, on September 12, 1996, the Devi Gowda Government introduced the Women’s Reservation Bill (81st Constitutional Amendment Bill) in the Lok Sabha with an idea of giving 33% or one-third reservation to Indian women in Parliament. The debate which started with the said amendment bill in the time of Devi Gowda in 1996, continued in the Lok Sabha in 1998, 1999, 2002 and 2003 during Vajpayee’s tenure.

It was introduced in the Rajya Sabha in 2008 under Dr Manmohan Singh’s regime so that it would not die. Then it was passed by the Rajya Sabha on March 9, 2010, amid strong opposition. At that time, it was called the 108th Amendment to the Constitution of India. But after such a long period of 24 years since 1996, the bill has not been able to mount and get passed by the Lok Sabha.

On the other hand, who does not know that, in Pakistan, 60 out of the total 342 seats in the National Assembly and out of 104 seats in the Senate, 17 are reserved for women. Directly elected women are beside that. The above facts are probably concrete evidence of the difference between Pakistan’s and Indian human rights situations.

Apparently, the Modi regime is enhancing the socio-political insecurities of all vulnerable communities of India, whether they are Muslims, Minorities, Dalits or Women.

The writer is a freelance writer