Consequences to surrender against oil mafia

Balancing demand, supply and prices of all important commodities is the responsibility of relevant authorities. But the fuel prices are being changed with the approval of Head of the state. Due to some international affairs or issues between oil-producing countries and the reduced use of vehicles during the current pandemic, the demand for fuels decreased all over the world, which increased the supply. 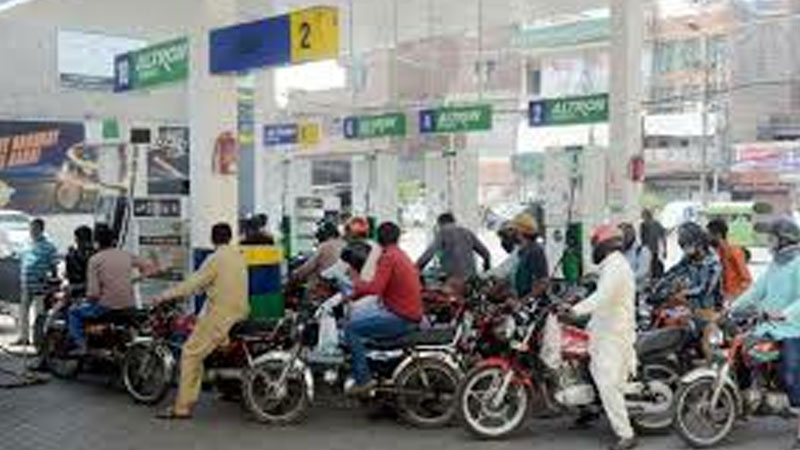 As the majority of people are facing a financial crisis due to the current smart and strict lockdowns, the government provided some relief in terms of financial support and ration supply through Ehsaas Program at federal and provincial levels. Reduction in fuel prices was another kind of relief given to the poor people of Pakistan. Due to a slowdown in the international oil market in the last couple of months, the government gradually reduced fuel prices from PKR 116 in January to approximately 74 in June. Everybody was astonished and happy about this reduction in fuel prices. No doubt, all credit goes to the federal government but all went wrong.

It was a huge reduction in prices from January 2020 to June 2020, which is almost 42 rupees. On the other hand, it was a great loss to relevant investors, suppliers, oil marketing companies and retailers. So, all stakeholders decided to start black marketing and hoarding of this essential commodity. Long queues started building up near and around filling stations and everybody started panicking. This was a huge political loss to the government.

On June 9, Prime Minister Imran Khan ordered maximum punitive action against those responsible for the artificial petrol shortage in Pakistan. In a meeting of the federal cabinet, the prime minister directed the Oil and Gas Regulatory Authority (OGRA) and Petroleum Division to take necessary action to ensure regular supplies within two to three days. Petroleum Minister Omar Ayub Khan and the OGRA was advised to ensure that all oil marketing companies (OMCs) maintained 21 days’ worth of stock to meet the license conditions.

With amazing leadership, dispute-resolution qualities and the hard work of the relevant ministers and officials, the government convinced oil marketing companies to start oil supply at a new, increased price

OGRA started strict actions and imposed penalties on major companies but it was not an end to the miseries. Needy vehicle owners started to purchase the same oil in black at the price of almost two hundred rupees and by doing this, retailers started to earn illegal profits. At the district level, district administrations also started snap-checking and imposed fines to bring back oil to the access of common citizens on normal prices, as decided by OGRA.

Unfortunately, we have very strong pressure groups and mafias in all important sectors and professions of our society. These mafia groups have different types of strategies to achieve their negative goals. Some of them pressurise the government by blocking roads, damaging public properties and assets. And some of them stop supplying goods and services to the public and create a shortage and panic to achieve their financial goals. There are a lot of examples on the record from professionals and educated segments of life, including young doctors, lawyers, teachers, clerk associations and others.

The same thing happened in the fuel crisis. The relevant mafia decided to stop oil supply and sale to consumers, which created panic in common citizens. On June 9, 2020, Prime Minister promised and ordered strict action against those who are responsible for this artificial crisis.

With amazing leadership, dispute-resolution qualities and the hard work of the relevant ministers and officials, the government convinced oil marketing companies to start oil supply at a new, increased price. As usual, the difference will be adjusted from the pockets of the pandemic-hit nation. The politically weak government decided to surrender against fuel mafia. Decision-makers and public-office holders should have good managerial skills, including dispute resolution skills, to handle such public issues but unfortunately, the government is facing a tough time at different fronts. So it was the best solution for the government to convince fuel mafia to restore oil supply by raising prices.

And who is going to pay this price difference? Of course, the poor people of the Islamic Republic of Pakistan as they are the best source of income for the public and private sectors! This surrender will have a lesson for other mafias and pressure groups that whenever they want to blackmail the government, they can follow the same strategy as was adopted by oil companies.

The government should look into this matter as whenever ministers or government announce or take any step for good faith, after a couple of weeks or months they feel the need to change or rollback their decisions. This was what happened regarding oil prices. The government should ensure to improve the good working relationship between ministers and bureaucracy. It is also important to develop good relations with the business community as its role is very important in the implementation of new policies in different sectors. Existing task forces and committees can play a vital role to control these types of issues in different sectors.