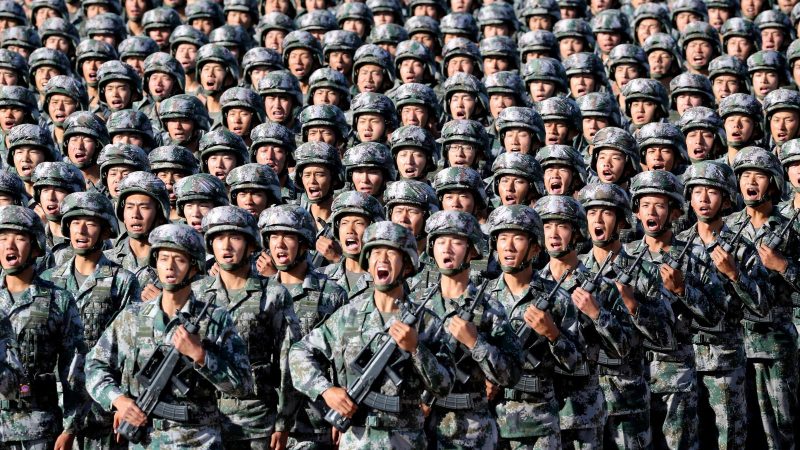 The Chinese People’s Liberation Army (PLA) has miniaturized an electromagnetic railgun and developed pistol- and rifle-sized synchronous induction coilgun prototypes. These weapons’ technical capabilities were recently revealed to the general public for the first time in a demonstration session.

The coilguns are essentially miniaturized, portable electromagnetic railguns so they can be used by single foot soldiers, the report said. To deal with complicated battlefield situations, they can also be mounted on small land robots and conduct armed reconnaissance missions.

According to the performance demonstration video, the coilguns use bullets stored in reloadable magazines just like a conventional gun, and they also handle like one. The coilguns can easily penetrate multiple wood plates and thin steel plates at a relatively close distance.

Unlike a conventional firearm that uses the ignition of gunpowder to push a bullet slug out of a gun barrel at high velocity, a coilgun or railgun uses electromagnetic force to accelerate a projectile as it travels along the gun barrel before leaving it at an even higher velocity, military observers said.

Judging from the video, the coilguns have shown a high penetration capability and did not make much sound, making them good choices for special operations like behind-enemy-line infiltration missions, a military expert who asked not to be identified told the Global Times on Sunday.

It is obvious that these weapons are still in the prototype stage, as their range and impact are not optimum, very likely due to the guns’ limited battery or capacitor capacity to store and release energy, the expert said. But once this technical problem is solved, the coilguns will become much more powerful and could replace the firearms of today.

China is also developing full-sized electromagnetic railguns, as one prototype has been spotted out in the open installed on a tank landing ship, reportedly for testing.

The railgun is expected to become the PLA Navy’s choice for its main warship guns in the future, said military experts, who named variants for the Type 055 destroyer as potential platforms.