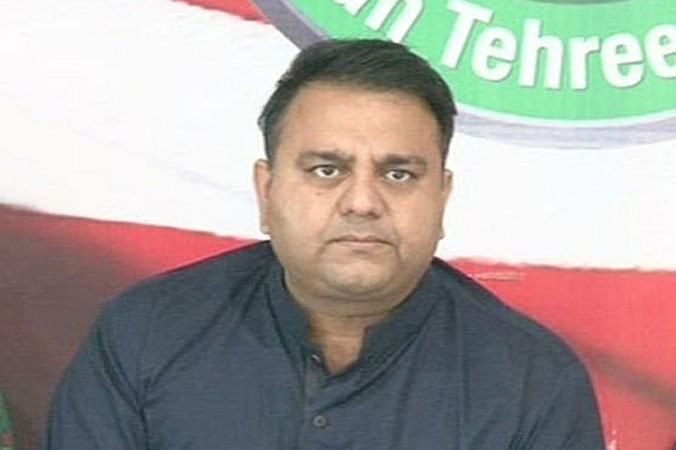 Federal Minister for Science and Technology Fawad Chaudhry has said that infighting between Foreign Minister Shah Mehmood Qureshi, Planning Minister Asad Umar and PTI leader Jahangir Tareen affected the party a lot and has been one of the main reasons behind Prime Minister Imran Khan’s vision not going according to plan, a private TV channel reported on Tuesday.

“There was a lot of expectation from PTI and Imran Khan,” Chaudhry said in an interview with Voice of America. “The public had not elected us or the prime minister to fix nuts and bolts but to reform the system,” he said. “When the Panama case was resolved, I and few others had a chance to speak to Imran Khan and at that time I felt his ideas were very clear when it came to reforms,” he said. “The way he said the chief ministers had become dictators in Sindh and the finance commission award should be there along with police reforms, judicial reforms, it was very clear at that time what Imran Khan’s vision was,” he added.

Chaudhry said that one of the main problems was the infighting between the PTI’s senior leadership that included Umar, Tareen and Qureshi, which created a political vacuum. “When the political vacuum was created, it was filled up with new people who were not from politics,” he said. “When your core team was disturbed, it was filled with new people who were frankly not aligned with ideas and won’t be and don’t have the capacity to either,” he said. “This infighting affected the party a lot especially the political class,” he added.

Responding to a question about whether the prime minister did not get an experienced team or if he was at fault for the way he was governing, Chaudhry said the team was selected by Imran Khan. “There is no leader like Imran Khan in the Muslim World. You can disagree with him but look at the Turkish leadership which is unacceptable to the West or the Iranian and Saudi leadership which has its controversies. Imran Khan is the only leader who brought the Muslim world together,” he said. “I can understand about Nawaz Sharif and Benazir Bhutto who took weak people and gave them important positions because they had the vision to transfer their leadership [to their children],” he said. “They had no other vision,” he said, adding that PM Imran does not have the same problem. “The best people should have been there [appointed to government positions] but it affected the way things were,” he added.

When asked why despite having the political might of Qureshi and Pervez Khattak in the cabinet, things turned out the way they were, the minister said they tried to make them [Tareen and Umar] reconcile but it could not happen. When [Asad] Umar became the finance minister, [Jahangir] Tareen had him removed as the finance minister. Then when Umar came back [to the cabinet], he had Tareen removed. Similarly, Qureshi met Tareen to talk, but nothing could materialise,” he revealed.

“Fights happen in parties but I think the internal fights between these top three to four leaders not only affected the party but the entire political class whose place was then taken over by bureaucrats,” he regretted.

The PTI government has six months to perform, Fawad said, claiming that Prime Minister Imran Khan has told the federal cabinet that if it does not perform within six months, matters may escalate. He said that it is the government’s own shortcomings that it cannot deliver. The government runs on two things – politics and governance, if there is a lack of balance between the two, matters can go awry at any time, he elaborated.

With regards to his own portfolio change, Fawad said that after being removed as the minister for information, he did not wish to be given another ministry. But Zulfiqar Bukhari said the prime minister wanted him to have another ministry.

Fawad said he was given many options from which he chose science and technology. Within three months, he said, he realised the potential the science and technology portfolio offered. Whereas, he added, as the minister of information, one has to answer for the mistakes of others and has to say things that one may not believe in themselves.