Today, Afghanistan is reasserting its identity as a land of perpetual conflict. Perhaps, the land where blood is cheaper than water. Compatriotism is contemptible in the face of one’s insular interests. The conflict refuses to relent. 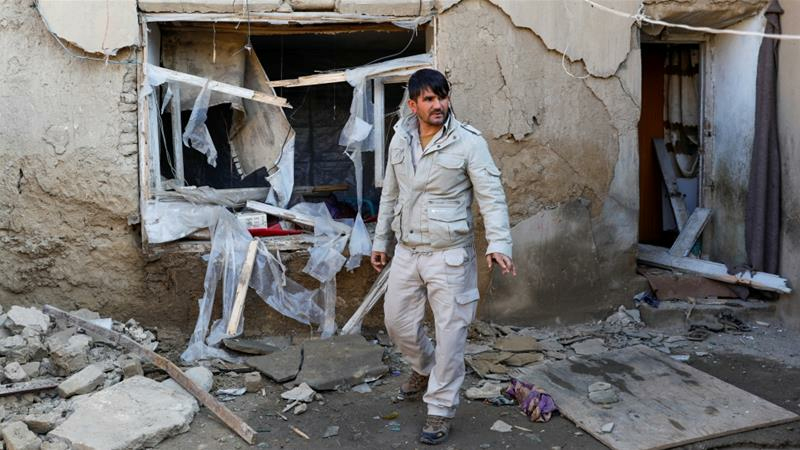 On June 17, in the north of Afghanistan, the Afghan Taliban attacked checkpoints in Jowzjan and Kunduz provinces and killed 18 Afghan security personnel. The Afghan government has estimated that, in recent weeks, the Taliban launched about 220 attacks that consumed the lives of 422 Afghan National Security Forces.

The tally is substantial if seen in the aftermath of the peace deal signed between the Taliban and the US authorities in Doha, Qatar, in February this year. The strength of the peace deal was the Taliban-US rapprochement, but the weakness of the deal was the conspicuous absence of representatives of the Afghan government. The absence or deliberate exclusion of the Kabul regime has spelt disaster for the country.

Through the prisoners’ swap, though the Taliban are inching towards their final goal of jettisoning all the foreign forces from Afghanistan, they have not spared their compatriots from shedding their blood. In the past three months, the loss of 422 Afghan security personnel has been an alarming figure, especially when the second round of peace talks is round the corner.

The US-Taliban peace deal has indicated two points. First, the Taliban may respect a peace agreement by not attacking the foreign forces. Second, the Taliban may not respect the Kabul regime, which was not part of the deal. During the peace talks in February, there was an emphasis on a ceasefire but that was with the foreign forces and not with the local forces. Perhaps, it was assumed that the Taliban would extend the facility of the ceasefire to Afghan security forces automatically, but this did not happen.

In the past three months, the loss of 422 Afghan security personnel has been an alarming figure, especially when the second round of peace talks is round the corner

In the US, 2020 is a year of general elections. The incumbent US President Donald Trump is under pressure to withdraw or start withdrawing American forces from Afghanistan (under a road map) to show the American people that the President has delivered on his electoral promise. It is apparent now that the US presidential candidates make electoral pledges the fulfilment of which is near to impossible. In 2008, Barack Obama made one such electoral foreign policy promise, which was an expression of his ignorance to the ground realities. Afterwards, Obama could only reduce the number of troops to gain a semblance of delivery on his promise. Obama repeated the same mistake in 2012. Donald Trump is the next victim of the withdrawal fallacy.

On the one hand, the Kabul regime is under the pressure of survival against the Taliban attacks whereas, on the other hand, the subsequent US Presidents remain hell-bent upon withdrawing the American forces from Afghanistan. The obsession with withdrawal ebbs away the resolve of the Kabul regime, which is constrained to consider the Afghanistan project a fleeting dispensation. This is one of the reasons corruption is rampant in the rank and file of the Kabul regime, whereas the Taliban are relentless in showing their intent through blood-soaked attacks.

The first round of peace deal in Doha was a welcoming step by the Taliban because the cost of a ceasefire with the foreign forces was a guarantee for the release of 6000 Taliban prisoners from the custody of the Afghan security forces. For the US, it was a cakewalk. The real test of nerves, however, would take place in the second round of peace deal couched as intra-Afghan talks. Zalmay Khalilzad has exhorted Pakistan to play its role in driving the Taliban to the negotiation table.

Dr Tehmina Aslam Ranjha is an Assistant Professor at School of Integrated Social Sciences at University of Lahore and Research Fellow at UoL Center for Security, Strategy and Policy Research. Currently, she is SDPI’s grantee for a mega project on Countering Violent Extremism. She appears on BBC Urdu as an expert on National Security and Counter-Terrorism. She tweets at @TA_Ranjha.

Asad Aslam Ranjha is a lecturer at Faculty of Law, University of Lahore. He tweets at @AA_Ranjha1