Distorted history of the Subcontinent

It is a well-known fact that most of history is written by the victors. And, it is full of stories of battles and conquests. We can illustrate countless examples from the history of the sub-continent in this regard. Bollywood has made many movies based on historical events, especially concerning battles. The list is too long, but, if only a few of them be illustrated here, Panipat, Padmaavat and Bajirao Mastani, etc., present a picture of how history is seen with a single lens, which supports a particular perspective. Likewise, many movies, depicting the tragic events of the partition of India, are also made. However, history is not only about movies. Major sources to generate or tell history are books, archives and other written material. Unfortunately, most of the history is distorted for different purposes. If we look at the history of near past, during, and after colonial India, the picture becomes very clear of how history has been distorted for the sake of protecting interests of a particular class, or by any powerful authorities etc. 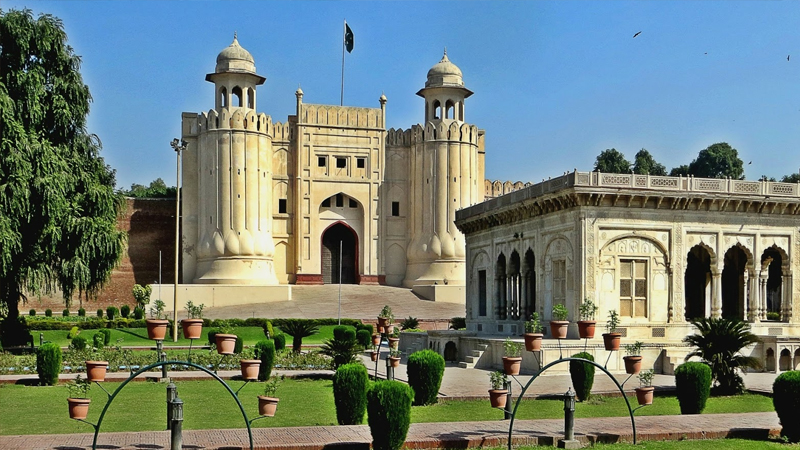 History, before and after the partition of India, has been a very contentious subject in both India and Pakistan. Especially under the Modi government, the Hindu-centric history is widely being supported in India. The history of wars between India and Pakistan is more interesting to see how powers from both countries have tried to construct historical events according to the so-called interests of their countries. Interestingly, the media had no access to directly report wars. Whatever military sources (spokespersons) revealed to media was and is quoted. Therefore, an actual part of history remains unknown to people.

It is not surprising that wherever freedom movements or guerrilla movements are going on, they generate a new history that supports their cause. Likewise, when the Pakistan Movement was going on, the Muslim League leadership and the Muslin scholars, who were supporting the movement, constructed Muslim-centric history. This process further extended after Pakistan’s inception. The very initial narrative generated was declaring Mohammad Bin Qasim as the hero of Muslims of the subcontinent. Interestingly, MBQ was an Arab and did not belong to the subcontinent. Still, the Pakistani history revealed that the bases of Pakistan were laid down when MBQ stepped into the subcontinent, specifically Sindh. This narrative also reveals that Islam came to subcontinent through Sindh. Therefore, Sindh is called “Bab-ul-Islam” (the door of Islam). But, on the other hand, Indian historians as well as historians and political leaders in Pakistan, who do not support Pakistan’s state narrative, tell a different story. According to their narrative, Islam spread in the subcontinent by the Sufis, not invaders like MBQ. Hence, there are two contradictory narratives. One of them portrays MBQ as a hero and the other one declares him as a villain.

Historically, Muslims had been ruling the subcontinent for many centuries and the last Muslim rule by Mughals was ended and replaced by the British. Due to the Mughal rule, an educated Muslim middle-class emerged in North India, which succeeded to get British authorities’ trust. This middle class was patronised by the British by providing them jobs. The middle-class always keeps the tendency to change sides just for the sake of getting benefits. This was/is not case with the subcontinent alone but the phenomenon exists throughout the world.

Unfortunately, over time, the British started to shift attention from the Muslim middle-class to Hindus and the Hindus benefited more as compared to Muslims. This process did not stop there. Later on, Muslims of northern India became convinced they could not restore their previous luxury position as they were aware of this fact that the British authorities were supporting the Hindus, and once the British left India, the Congress’s position was stronger to bargain and getting reins of power. Hence, according to Hamza Alavi, this Muslim middle-class, whom Alavi named “salariat” or salaried class, started a campaign to create a separate homeland for Muslims. Alavi believes Muslim salaried class did not want a separate country for protecting Muslims interests as a whole but to safeguard their class interests. In this regard, it was need of the time to generate an anti-Hindu narrative that could support this class in gaining their set goals. Interestingly, the bases of the two-nation theory were already laid down, and also in some areas, Muslims, hailing from the lower class, were facing harsh policies of Hindu Bania. These factors favoured the Muslim salariat to go for a new homeland.

The state-sponsored perspective was accepted only by people of Punjab, who left their centuries-old history, language, culture, and everything behind, and just became “good Pakistanis” and “good Muslims.”

The case of Muslim majority units like Punjab, Sindh, Bengal, NWFP (KPK), and Kalat State (Balochistan) is very interesting that how and on what grounds they agreed upon to merge into the newly established country, Pakistan. This needs a fair consideration and could be discussed in detail in some other article (s). But, surprisingly, after the creation of Pakistan, the state authorities discouraged a hundred centuries-old history of these aforementioned provinces. The concerned powers urged all merged provinces to leave their older history behind and accept the newly-constructed identity and history. This state-sponsored perspective was accepted only by people of Punjab, who left their centuries-old history, language, culture, and everything behind, and just became “good Pakistanis” and “good Muslims.” They preferred Urdu, “the language of pure Muslims,” against their mother tongue, Punjabi. On the other hand, all other provinces denied accepting this new phenomenon. According to the political leadership of Bengal, Sindh, KPK, and Balochistan, the driving force behind the creation of Pakistan was the promise of provincial autonomy and sovereignty in the Pakistan Resolution. And, according to them, on that promise, these all Muslim majority units had agreed upon to join Pakistan. Now, the state needed a new perspective, and, ultimately, new heroes, in the shape of Mohammad Bin Qasim, Mahmud Ghazni, and Tipu Sultan, etc, and new villains, like Raja Dahar, were constructed.

In retaliation, the nationalist forces of the different provinces constructed their own heroes and villains. For example, Sindhi nationalists, especially G M Syed, created Raja Dahar opposite to MBQ as a hero of Sindh. The state narrative depicted MBQ as a saviour of Muslims and a person who spread Islam in the subcontinent. On the opposite side, Sindhi nationalists narrated MBQ as an invader and Dahar as a hero who fought against the invasion of Sindh and embraced martyrdom. It is very obvious that both the narratives are constructed and every force supports and opposes these narratives according to their way of understanding and protecting their interests. The state needed the narrative against India and for the sake of protecting the interests of the elite. The Sindhi nationalists needed a new and opposite narrative. Though G. M. Syed was the same person, who made the AIML stronger in Sindh and he was the first person who got a resolution in favour of Pakistan passed from the Sindh Constituent Assembly in 1943. However, political dynamics change with time. And, the narrative generated by G. M. Syed and other nationalists, supported the secular perspective of Sindh in opposition with the state’s national project. Now, it is up to people of Sindh to decide which narrative favours them and which narrative they should support.

In the last, it becomes very clear that history has no set parameters. According to an Algerian-born French philosopher, Jacques Derrida, a manuscript does not need to be interpreted the same way the writer thought about it. But, according to him, every reader deconstructs it according to their way of understanding. Likewise, historians and scholars in Pakistan have written history according to their perspectives and the readers are free to interpret as they want. For example, Pakistan’s very famous historian, Dr Mubarak Ali, has supported Sindhi nationalists’ narrative about MBQ and Dahar. On the contrary, many scholars oppose that narrative and support the official, state-sponsored narrative. So, historians can present history according to their approach. It’s all about people who have to think and decide which history supports and protects their interests as a whole rather than protecting the interests of particular class, group, or political entity.

The writer has a PhD in World History (Global Studies) from the College of Liberal Arts, Shanghai University, China