The nostalgia of Lahore 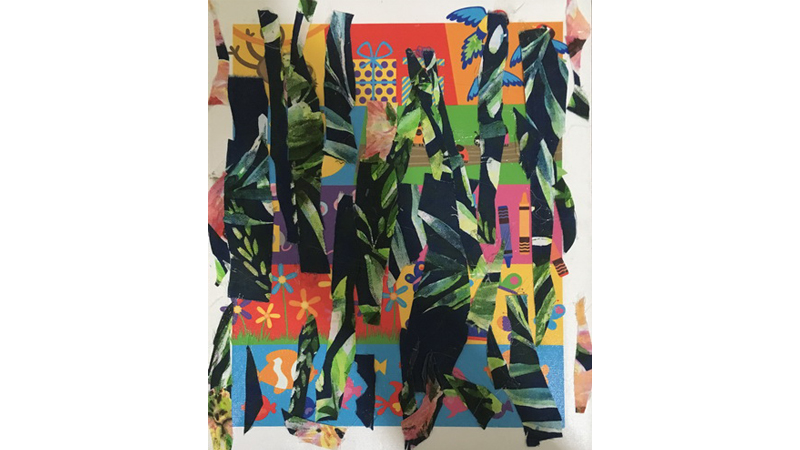 Lahore has been a seat of art and learning from centuries is an amalgam of diverse cultures, for being a place of great attraction for a number of invaders. Most of the assailants entered the sub-continent from the northern quarters but halted in this part of land, and many made it capital of their empires. Many among them left a mark of their presence in the form of architectural edifices; the name of Mughals in this case dominates all. A number of world renowned monuments elegantly adorn the soil of Lahore.

Apart from all, the famous proverb defines the charisma of Lahoriites for this city: “the one who has not visited Lahore, his existence is doubted that he is not yet born.” This gives a glimpse of natives’ passion for the traditional culture of Lahore. Analogous is Anila Zulfiqar’s attachment, reflected in her pictorial expressions, for, she is an art educationist and artist of par-excellence. She is serving in the College of Art and Design, University of the Punjab, Lahore. Her exhibition at the Hamail Art Gallery, under the nomenclature “Anamnesis” is creative intellection of her nostalgia about the interior city, where she enjoyed her childhood. Each moment that she spent there is instilled in her being, saturating her imaginative powers to such an extent that her sub-conscious too, has satiated with the reminiscences. She has not to roam about in the streets of Lahore to create mimetic paintings but as soon as she starts work in her studio, there emerges inner-Lahore on all her canvases. Whether she is playing with water colours, oil paints, doodling with pen or pencil, or trying to create a shadow sculpture, each line or stroke of brush automatically transforms into the inner city of old Lahore.

The fountainhead of creativity of Anila is busting out with enormous expressions, in which a variety of mediums are tried out, each time with some novelty attached, but all converging on single focal point, that is the interior Lahore. The most unusual in Anamnesis is the medium invented by the artist; canvases are vibrant with colours but without much application of paints. These are built up with bits of fabric rolls of a variety of colours and hues, so lavishly used that there remains no dearth of chromatic effects. From a certain distance these canvases give the impact of heavy impasto, worked out with broad and confident brush strokes but closer view narrates another story. These are developed like shallow relief- sculptures because the surfaces of the canvases do not remain flat. Fabrics of various colours and tones are rolled up, cut into a variety of sizes and then fixed on the canvas with different mediums. To choose right colour and tone of fabric roll for each place that can give meaning to the area, is a very laborious job that requires greater intellection and imaginative powers, along with manual labour. With utmost perfection Anila achieves her required results. So much so, that the compositions are attractive and complete in every respect. There is musical rhythm in her canvases that at times, vibrate with energy, but are balanced with placid twists and turns to give rest to the eye of the observer.

She remains highly subjective and introspective in her approach by transforming her 2D canvases into 3D formations through scientific array of colours. Pointillists performed this function through dabs and dote, while Anila, being scientifically innovative, rolls coloured clothes, replacing dotes and dabs into projected trajectories. Her representations are neither objective nor mimetic, converting her conscious experiences into subconscious nostalgia, where forms are dissolved without losing their identity, and departure from her likings from infancy gets impossible. The exuberance of the childhood recollections is stamped on her canvases. These canvases are custodians of the entire culture of the interior Lahore with its solid old buildings, narrow winding lanes, overfilled with shared joys of life. Here, nothing stands in isolation, but there is a feeling of connectivity, which the artist recollects from her childhood days, the hallmark of the culture of the interior Lahore. Her nostalgia bespeaks in expressionistic way. She does not imitate any particular place or building of the interior Lahore but soul of the culture can be felt un-intangibly in her works. It is subjective expression of her inner vision, coming directly from the sub-conscious domains of her mind. This part has greater storage capacity than the conscious mind, and it works mutely and automatically when the conscious is satiated with particular type of knowledge and experiences. 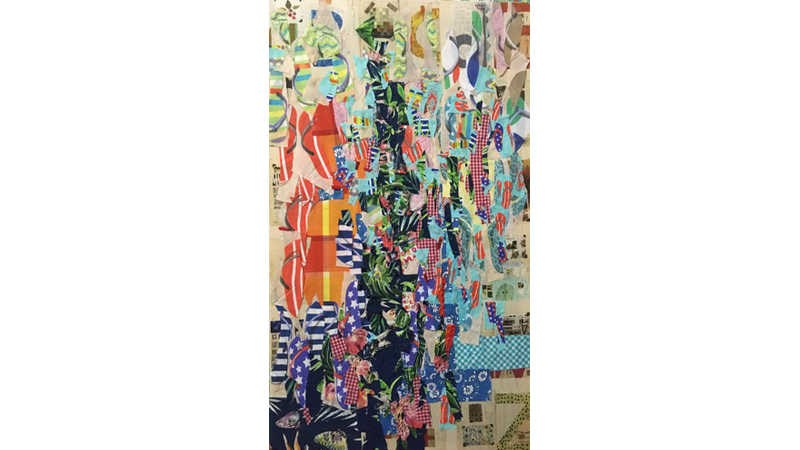 Creativity is a cognitive process based on incessant learning whether formal or informal, day today experiences too are a great source of knowledge. It is not limited to cognition only, as the role of the part of brain that remains in oblivion is more powerful than the conscious part. Major part of human brain remains in oblivion, and minor is the conscious part. The inventory of events and experiences does not vanish but smoothly proceeds to the subconscious because of limited capacity of the conscious brain, and in creative activities roll of the former is stronger. Learning begins with cognitive process but in its mature phase it is the subconscious that drives automatically, to proceed forward. One can take the example of driving; beginners have to consciously maintain coordination between speed and gear change of the automobile, but with experience this activity becomes spontaneous, and hands and feet of the driver moves on rhythmically. Anamnesis is also spontaneous expressions of Anila’s subconscious, satiated with ambience of inner Lahore; hampered with festivals, rituals, celebrations and a sense of belongingness with one another and with its surroundings. It is believed that creativity or innovation emerges when human mind is in a state of intellectual passivity. These are the moments when subconscious creeps in, and decodes what is encoded and thrown in it by the conscious. The stage of dexterity is reflective in Anamnesis, best expressive of the affinity of the artist with the entire culture of the old Lahore. Some pictures appear to be cityscapes of the interior Lahore, reflective of its rich ambience with starry-nights and noon-days, full of exuberance. It keeps reminisces of the home where the artist enjoyed best days of her childhood. Interestingly, a number of recollections are encoded on this canvas. The incidents that are dear to her, and she wants to keep them as lovely secrets of her life, are safely concealed within the surface of the canvas. Similar is the case of other canvases, where there is a mood of festivity, some reminds of cultural-fairs, Basant, Eid, etc. with feelings of music and dance. No canvas is static in its representation. There is a sense of vitality, releasing pleasing aroma, felt by the artists in the inner city of Lahore. Almost 35 paintings were exhibited, all based on the nostalgic recollections, executed through the technique of fabric collage.

When she invented the use of coloured fabric rolls, instead of paints, she developed entirely with this medium, avoiding altogether or very less reliance on paints. The technique is most obvious figures, but in her latest paintings a little bit freedom is attained, and a mixed media dominated with fabrics is adopted. Here juxtaposition of fabrics, its rolls and paints jointly worked out to get desired results. These are expressions of introspections of the nostalgia about her lovely past.

The writer is a professor