An open letter to UN from the most neglected piece of earth; Kashmir

With due respect, I want to bring your attention towards the most neglected piece of earth; Kashmir. I lie on the northern side of Pakistan. Their father, of the Nation- Muhammad Ali Jinnah regarded me as their Jugular vein and Pakistanis considered me as their right hand. However, unfortunately, half part of mine has been illegally occupied by one of your favorite country; India. The people who live on my land are the ones whose blood is quite inexpensive, which has been shedding for decades. The crime of my inhabitants is just to raise voice against atrocities and injustice from India and Indian Army.

My streets have witnessed innocent blood shedding for decades. They are trying their best to take freedom from the brutal Indian Army, but sometimes they failed to do so. My heart is dripping blood over the killings of my inhabitants, but I cannot save them. I felt so gloomily over the silence from the Human Rights Organizations. However, I am happy that my country Pakistan has always stood by with me. The people of Pakistan are raising their voice for me; sometimes I feel so helpless while witnessing such criminal activities with my innocent people.

Here, I want to acknowledge you that no one is secure on my land. Whether she is a woman, children, even they did not spare the old age people.

From January 2016, Indian atrocities have increased. I have been burned, my kids were gunned down, my soldiers who are fighting for freedom have brutally killed, and my women were raped, molested but they still stand in front of Indian Army. I have been screaming for several decades, but you did not respond a single time. In fact, no one did. 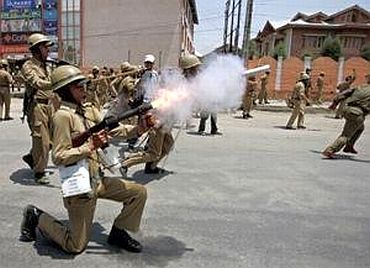 Your organisation always helps the countries who have suffered from killings, war zones, bombings but you are not listening to the voice of mine. It is so depressing and bereaving for me.

Moreover, you have heard about the pellets bullets have been fired by Indian Army regardless of gender and age. More than 1000 of my inhabitants were gunned down, and more than 600 people have been blind due to these pellets. Their life has completely ruined, their bones, skin, and flesh have engraved from pellets.

I have been neglected by your organisation, like Iraq, Palestine, and Syria. However, you and your members condemned the attacks in Paris, Brussels and wherever anything happened, you always stand by with them and condemn, but you did not raise your voice for me and other Muslim countries. It is excruciatingly painful.

My people have risen millions of times for freedom, but you did not hear. Now, I am (Kashmir) raising my voice for justice, freedom, sovereignty and security for my inhabitants.

Please do not let my argument go in vain. I urgently need your help. My people are burning, bruised, killed and molested. Please pay attention to the voice of wounded people and be a helper of victims not to be with the evil ones. You have to answer your God. You have the power and right to help who need you the most.

I hope you will understand my condition, feelings of my inhabitants and will take strong actions against such killings and brutality.

From,
The ignored piece of earth; Kashmir.