First prime minister of Pakistan Liaquat Ali Khan travelled from the capital Karachi to Rawalpindi to address a public meeting. The late afternoon of October 16, 1951 found him in the (British East India) Company Bagh of Rawalpindi poised to address a crowd of around 100,000 people. As he rose to speak, an Afghan national by the name of Said Akbar Babrak reported to be on the payroll of the Government of Pakistan fired two shots at him from point blank range. Within moments, as the crowd pounced on the would-be assassin, a police officer shot him dead. Twelve years later when President John F Kennedy was shot dead, his assassin was shot dead after a couple of days. In that October 1951 assassination in Rawalpindi, the retribution had been quicker, but the underlying principle was the same; dead men tell no tales. Much later in a new century and millennium on December 27, 2007, twice elected former prime minister Benazir Bhutto was assassinated in the same place, now known as Liaquat Bagh, and the roads cleaned within hours and opened for general traffic to conceal any evidence. Twenty-nine years before his daughter was killed, deposed president/prime minister Zulfikar Ali Bhutto had written from his death cell in 1978 that the same people who had kept the Founder of Pakistan dying in a broken ambulance and had assassinated Prime Minister Liaquat Ali Khan in broad daylight now wanted to kill him. He was executed in April 1979. Suffice it to say, Pakistan has had a tumultuous history. 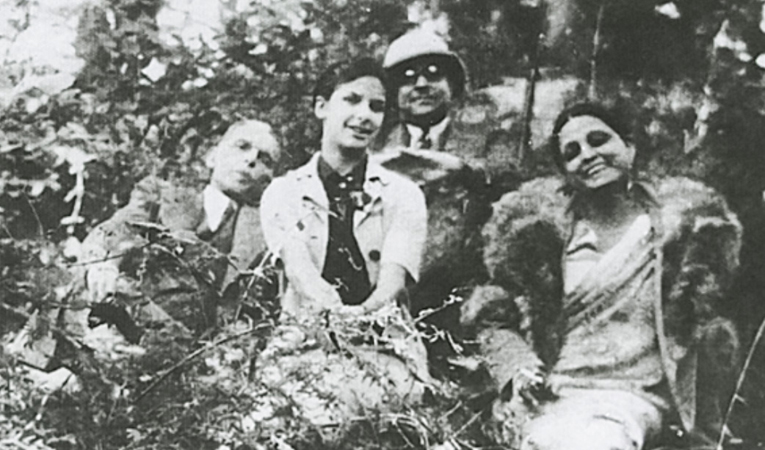 Anyway to return to the original subject, former prime minister Liaquat Ali Khan was taken to hospital and all that could be done to save him was done, but he succumbed to his injuries. Said Akbar, who had the reputation of never missing his target, had kept his record and not missed his most prestigious target. Paradoxically though Said Akbar was shot dead before the Prime Minister died and crisp banknotes of Rs 10,000 were found in his pocket. To add to the confusion, the investigating officer was later to die in an air crash. Liaquat Ali Khan would officially be given the title of Shaheed-i-Millat, although he would not return alive to his family. Who was his family and who was the lady who always remained him throughout his life and would uphold his legacy? What would she be feeling now once she emerged from the shock?

To go a little back in time, Irene Ruth-Margaret was born in 1905, in Almora, Uttarakhand, a city located 227 miles northeast of the Indian capital Delhi and around 40 miles from Nainital. Her grandfather Taradutt Pant, a Hindu Brahmin had converted to Christianity provoking the wrath of the entire upper caste community, which had ostracized him. Her father, Daniel served with the state government of the United Provinces. Irene Pant had an exceptionally brilliant academic career ending up with a Masters in Economics and Sociology and a Teachers’ Diploma Course securing for her an appointment as a lecturer in a Delhi college in 1930. 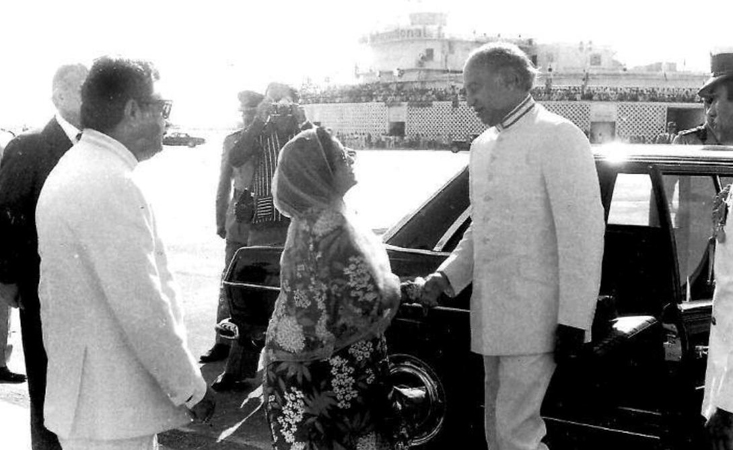 She met and fell in love with a barrister and an upcoming politician of the Muslim League Liaquat Ali Khan when he came to deliver a lecture on Law and Justice at her college in 1931. The latter belonged to an aristocratic Urdu-speaking family of Karnal, Punjab. That lecture was a game changer and would change everything in her life. There was a problem though as Liaquat Ali Khan was not just ten years older to her but already married to his cousin Jahangira Begum and had a son Wilayat. The Pants, who had been practicing Christians for three decades now, were reluctant for the match.

However, in December 1932, Irene following her grandfather’s example, broke all ties of religion with her community and family, converted to Islam and married Liaquat Ali Khan, changing her name from Irene to Gul-i-Ra’ana or Ra’ana for short. She stood by her husband throughout his long and growing political career until he became Secretary General of the Party, interim Finance Minister in the Cabinet constituted by the Viceroy Lord Wavell in 1946, and finally the first Prime Minister of Pakistan on the Independence of Pakistan. Her husband’s political career was neither easy nor was her capacity for suffering and accepting challenges at every stage of her life. Indeed, her personal challenges would grow despite the high offices she assumed until her death exactly thirty years ago on June 13, 1990. 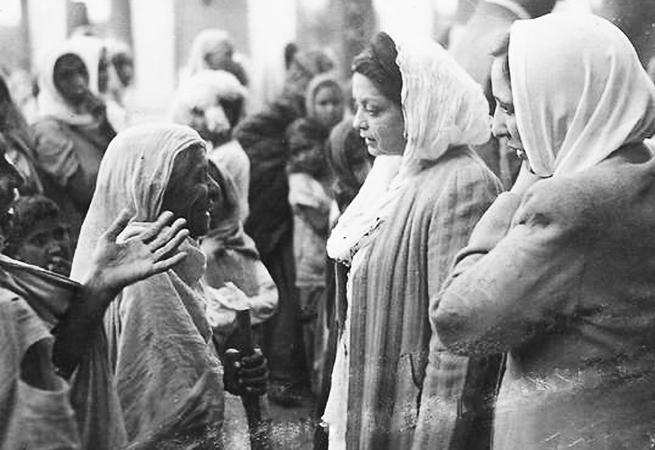 Begum Ra’ana emerged as one of the leading ladies in the Pakistan Movement and being an economist served as an honorary economic adviser for providing oversight to the disbursement of party funds. Being on the economics faculty of her college, she had mobilized all her college students to boycott the Simon Commission in pre-Independence times. They all carried placards of “Simon Go Home”. Her most potential contribution to the Pakistan Movement was perhaps her meeting along with her husband with Mr Jinnah at his London residence, and successfully convincing him to return to British Indian and resume his active leadership of the All India Muslim League in 1937. Although some other people also take credit for convincing Mr Jinnah in that direction, the significant role of the Liaquats in molding the mind of their mentor cannot be either under-estimated or denied. The movement really got going in the ten years following their visit. Furthermore, as early as 1942, Mr. Jinnah had told Ra’ana, “Be prepared to train the women. Islam doesn’t want women to be shut up and never see fresh air”. This has been confirmed from many accounts and largely predetermined what the lady would do for the rest of her life, with or without the support of her husband. She began organizing Muslim women immediately afterwards and started creating political awareness amongst them. Subsequently after the creation of Pakistan, as First Lady she acquitted herself very well while raising her two sons Akbar and Ashraf initiated reforms for woman to ensure their social progress and empowerment them by making them play their due share in the country’s politics, in addition to organizing health services for women and children migrating from India. She personally visited the refugee camps to see that food and other necessities were being fairly distributed, and many called her the “Florence Nightingale of the camps”. Ra’ana was aware, however, that the most vulnerable population segment of society as a whole was women. Additionally, she founded the Pakistan Women National Guards (PWNG), and helped establish the Pakistan Woman Naval Reserves, and was appointed as the Chief Controller as an honorary Brigadier of the Pakistan Army. 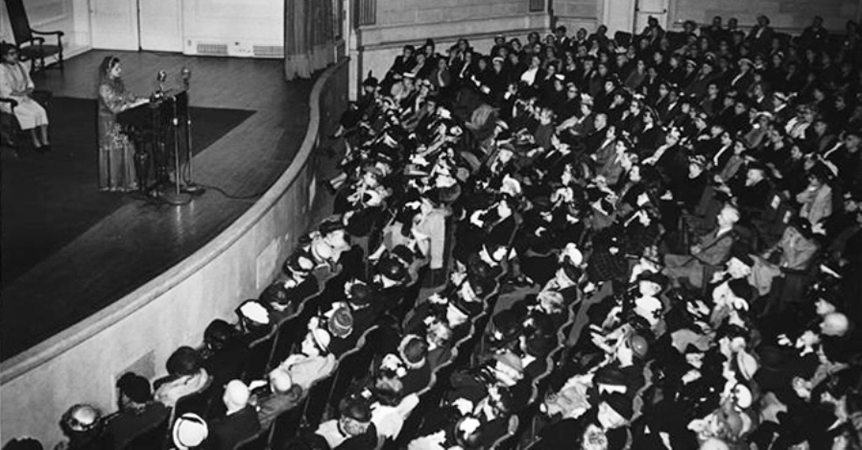 After Independence, although some differences did develop between the Founder Governor General Mr Jinnah and his Prime Minister Liaquat Ali Khan, they were apparently handled quite discreetly by all concerned. After Quaid-i-Azam’s death, Liaquat Ali Khan emerged as one of the most powerful prime ministers of the country during the last three years of his tenure. However, nine months before his death, his intelligence unearthed a conspiracy led by the Army Chief of General Staff Major General Akbar Khan with the backing of some leftist intellectuals included Faiz Ahmed Faiz to overthrow the government of Liaquat Ali Khan when the country was just a little over three years old. This came to be known as the Rawalpindi Conspiracy leading to mass arrests of army officers and civilians with a purge in the armed forces as well. Amidst efforts made to underplay the conspiracy, former Cabinet Secretary Hassan Zaheer has documented in a detailed manner all the undercurrents and implications of the same in his book on the subject.

Upon the extremely shocking death of Liaquat Ali Khan, all administrative discipline and propriety seem to have been lost. Former president Ayub Khan has mentioned that on his return to Pakistan, life was going on smoothly as usual and there was not a word of sympathy concerning the assassinated prime minister. The former governor general, Khwaja Nazimuddin, had been appointed as an ineffective prime minister, while the finance minister, Ghulam Muhammad, had assumed the governor-generalship and was ensuring that only his will prevailed across the country. The latter was succeeded as finance minister by the cabinet secretary general, Chaudhry Muhammad Ali, a civil servant. It seemed to Gen Ayub that all it required was to change the designation on your name plate. In less than three years the General himself would be made Defense Minister while still in uniform!

The country’s establishment consisted mostly of civilians at that point in time. Although wild allegations have been made in all directions with regard to the assassination of Prime Minister Liaquat Ali Khan and fingers pointed at several neighboring and certain other countries, there is no evidence of any complicity beyond the country’s borders, and the conspiracy appears to be fully homegrown.