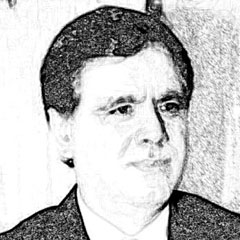 Virus- what is it? Where has it come from? Why and how does it make us ill? What are humans’ past interactions with the virus? Do we, as humans have anything in common with the virus? What role does virus play in our evolution? How can we prepare to fight future viral pandemics?

“From Virus everything” summarizes their role in life. From single-celled organisms to humans, viruses affect all life on earth; Viruses are here since millions of years and have played an important role. First seen as poisons, then as life-forms, then biological chemicals, viruses today are thought of as being in a gray area between living and nonliving (Zombies): they cannot replicate on their own but can do so in living cells.

If you get the flu, your body will be riddled with some hundred trillion viruses in just a few days-more than 10,000 times the number of people on Earth

To date, no clear explanation for the origin(s) of viruses exists. Viruses may have arisen from mobile genetic elements that gained the ability to move between cells. They may be descendants of previously free-living organisms that adapted a parasitic replication strategy. Perhaps viruses existed before, and led to the evolution of, cellular life.

Viruses infiltrate every aspect of our natural world- oceans, atmosphere, and soil. Yet, most of the time, humans manage to live in this virus-filled world relatively free of illness. The reason has less to do with the human body’s resistance to viruses. They are extraordinarily picky about the cells they infect, and only a very small fraction of the viruses in our surroundings actually pose any threat to humans.

Fortunately, only about 200 of this vast array of viruses can infect humans. Some of the better-known human viral infections include measles, varicella, polio, human papilloma virus, influenza and rhinoviruses, which are typically responsible for the common cold. An even smaller number of viruses are responsible for the deadliest human infections that we have experienced. In recent decades these include Influenza, rabies virus, human immunodeficiency virus (HIV), Ebola virus and now coronaviruses.

Viruses that circulate in other animals can enter a human population when a variety of human activities involve repeated and routine interaction of humans with these animal hosts. Some of these interactions take place through the following human activities: hunting, butchering and farming (husbandry), as well as the global trade of animals and domestication of exotic animals as pets. Many of the viruses that have affected us over the past 20 years have emerged from non-human reservoirs. The reservoir for many of these viruses are bats. Bats have been shown to be the natural reservoir of numerous deadly human viruses. The specialized immune systems of bats allow multiple different types of viruses to persist within these hosts.

Viruses are equipped to invade the cells of other organisms and hijack them to reproduce themselves. While the great majority of viruses are harmless to humans, some can make you sick. Viruses rely on the cells of other organisms to survive and reproduce, because they can’t capture or store energy themselves. Inside their cellular hosts, viruses can create an enormous number of copies and spread the infection to other cells. For example, if you get the flu, your body will be riddled with some hundred trillion viruses in just a few days-more than 10,000 times the number of people on Earth

Outside a cell, a virus wraps itself up into an independent particle called a Virion. The Virion can “survive” in the environment for a certain period of time, which means it remains structurally intact and is capable of infecting a suitable organism if one comes into contact within a certain timeframe. When a virion attaches to a suitable host cell it is able to penetrate the cell. Once inside, the virus “hacks” the cell to produce more virions. The virions make their way out of the cell, usually destroying it in the process, and then head off to infect more cells.

The writer is Chairman Global Consultants