Roads have played a significant role in transportation before and even after the intervention of airlines. Transportation through roads has always been cheaper and more preferable. Mobility through roads has an important aspect of moving from door to door whereas any other method doesn’t allow this thing. For instance if we take the example of Airlines it may be a quick way of transportation by it again requires the cargo facility from airport to the required destination. 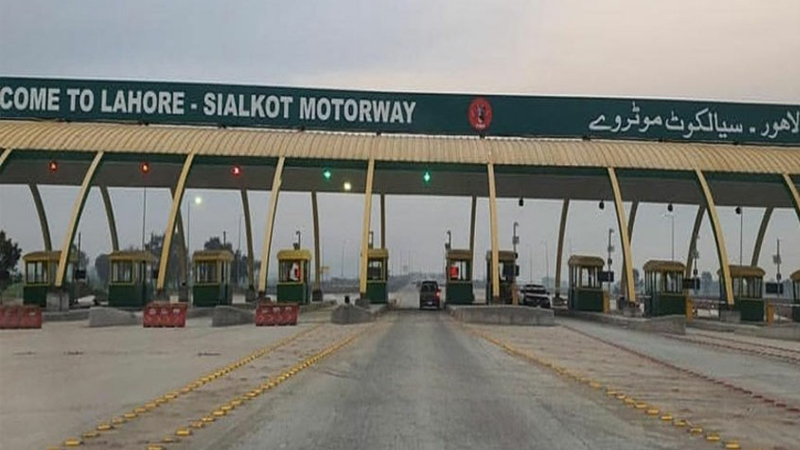 Sialkot is a major export oriented city of Pakistan. It is known internationally as a producer of quality products in sports goods, leather garments, surgical instruments and musical instruments. Sialkot is considered as one of the largest business hubs in the country. Almost 4 lac people are engaged directly or indirectly with export activities generating more than US $2 billion annually as foreign exchange. They have provided international buyers with One-Stop-Shop concept through managing Sialkot business and commerce Centre.

A city with this huge role of economic growth deserves better performance chances. In this particular regard the Lahore-Sialkot motorway was initiated. One of the evidential aspects was to make ease for transportation of the goods. Reducing the delivery time and giving the safe way for the goods transportation. Not only time but also travel distance between Lahore and Sialkot will be reduced.

The project estimated cost was Rs 43 billion. It is a four lane road consisting of seven interchanges, eight flyovers, forty bridges and seventy underpasses. Its total length from Kala shah Kaku which is the starting point to the Sambrial exit point is 91 km. It has seen that even though it was a BOT model but the government increased its subsidiary role by paying Rs 23 billion instead of Rs 18 billion. The extra Rs 5 billion were arranged by the help of the Executive Committee of National Economic Council (ECNEC).

A city with this huge role of economic growth deserves better performance chances. In this particular regard, the Lahore-Sialkot motorway was initiated. One of the evidential aspects was to make ease for transportation of the goods. Reducing the delivery time and giving the safe way for the goods transportation. Not only time but also travel distance between Lahore and Sialkot will be reduced

This project has been awarded based on the BOT model. In the BOT (Build-operate-transfer) model the contractor is supposed to arrange the funds from its own resources and recover the cost and profit by operating the road for a certain period. The FWO has strict financial management control establishing an enviable reputation of attracting huge market share.

FWO has a long track record of delivering the projects on time and within the scope of budget. According to FWO the management of construction projects requires knowledge of modern management techniques understanding the designs and processes. They have focused highly on development of effective communications and mechanisms for resolving conflicts among the various participants.

Focusing on the project scope the project is highly efficiently designed by FWO for bearing the heavy load traffic as it requires more road safety from accidents. Cargo drivers need particular skills but above everything they need proper roads. So the structure of Lahore-Sialkot motorway is designed by software and is in most favourable conditions for the drivers allowing them to have safe and sound trips. If the project cannot meet the scope of the project it could be lethal.

The FWO have managed the overlaps of almost everything. They have ample resources like machinery and labour to make up their commitment. They completely understand that if the project got delayed it will not only ruin their reputation but also make it more risky and costly. As this is based on the BOT model so they are in more trouble. As they know they have already defined a time frame to get their money invested and profits after that they cannot do anything about it.

The writer is a student at the FC College, Lahore.