Netflix’s ‘I’m No Longer Here’ is a lovely tale of music, migration and loss 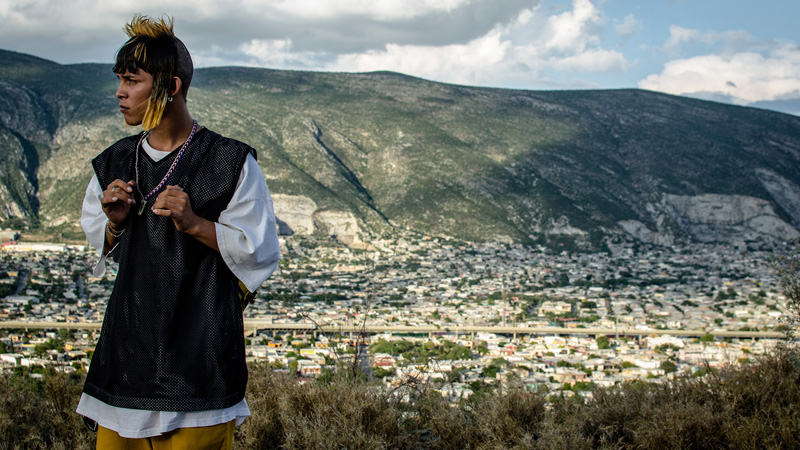 The musical genre known as cumbia emerged along the Caribbean coast of Colombia during the time of the slave trade and made inroads into Central and South America in the ensuing centuries, though it apparently exploded in the 1960s. Today, it’s called by some the mother of all Latin music, and its form can vary highly from culture to culture. It’s accompanied by a shuffling, circular dance that incorporates short, close two-steps and hand gestures and gradually accelerating, graceful spins. Some historians suggest that the narrow steps are due to the shackles that would have been on the enslaved dancers’ legs, limiting their motion. Maybe that’s one reason why the music and its movements often feel so haunted, hovering between joy and melancholy.

In I’m No Longer Here, cumbia helps to hold a small community together even as it expresses an indescribable longing. The film follows Ulises, a 17-year-old “Cholombiano” from the working-class outskirts of Monterrey, Mexico, as he flees to the U.S. and tries to make a life for himself in New York. In Monterrey, Ulises was something of a cock of the walk, the leader of a small gang/dance crew known as Los Terkos. They had elaborately gelled hairstyles, wore vibrant, baggy clothes, and whiled away the hours hanging and dancing and occasionally causing chaos. In New York, Ulises has no friends and speaks no English. He briefly lives with a group of day labourers who find his manner deeply off-putting. He’s also befriended by the 16-year-old granddaughter of a Queens bodega owner, who’s fascinated by his style and his music but who herself speaks no Spanish. The film moves along the two timelines, as the lonely, penniless boy makes his way through the city while flashing back to his life in Mexico and the grisly circumstances that led to him having to leave.

This sounds like a recipe for a boilerplate social-issue drama and/or a predictably sensitive indie romance, but director Fernando Frías de la Parra, best known in the U.S. for helming the first season of the Spanish-language HBO comedy Los Espookys, has made a more pensive, plangent film. He lets the story play out deliberately and soberly. As in an Ozu picture, the frame is often static, the compositions careful but unfussy, and the camera never moves without good reason. One mesmerizing pan shows the glowing, dreamy cityscape of Monterrey at night, then gently turns toward the hilly, destitute periphery where Ulises lives, where the lights are scattered and the terrain uneven. Later, a tracking shot takes in the aftereffects of a shocking act of violence. 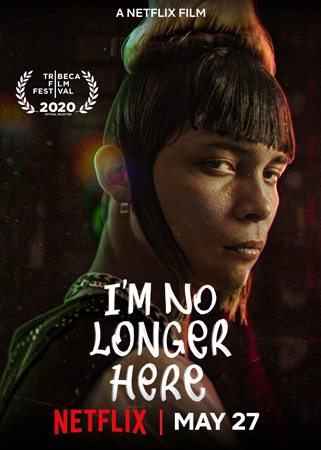 Frías de la Parra proves himself a gifted visual storyteller, but he’s also not one to handhold us through a narrative. Elements of costuming or background – Ulises’s clothes, his hair, a telltale subway platform – are often all we have to locate ourselves in the film’s somewhat intricate flashback structure. This may prove difficult for some viewers. I’m No Longer Here has been released by Netflix, which hopefully means it will reach a broad, international audience. But it’s also not the kind of movie you can pop on in the background. It demands your attention, and it merits your attention; I’m sure it looks wonderful on a big screen.

The cumbia music Ulises listens to speaks of homesickness, of distant memories and long-lost places, and passing, unlikely moments of beauty. Sometimes the boy will slow down the music – which isn’t fast to begin with – because that way, he says, “it lasts longer.” That way, of course, it’s also sadder. And the music fades: In Ulises’s mind, the images of home drift further and further away, and the songs get softer and softer. Almost as if, in his moment of greatest solitude and longing, the young man finally understands the vital power of the music he’s been listening to his whole life, and how quickly it can all vanish.