A child in this era is an easy target of various ilk of maltreatment. According to the World Health Organization (WHO) child maltreatment is of four types: physical abuse, sexual abuse, emotional abuse and neglect. All these are not hard to witness, nowadays, in our society but sexual abuse of children has become more common in Pakistan. With what pace the sexual abuse of child is increasing in Pakistan is, indeed, highly alarming. The heart wrenching case of Kasur, the district of Punjab, where a minor girl Zainab Ansari was brutally murdered after being subjected to sexual assault, has not forgotten yet nor could that be for the rest of time. The brutal rape and murder incident of Kasur not only did widely garner the attention of both national and international organizations working for children’s rights but it kept the stakeholders on toe as well. It was a hard task for the law enforcing agencies to trace that blind case and get to the real perpetrators as there was no clue available in the beginning. To cut the long story short the police traced that blind case with flying colors bringing the real perpetrator to justice. Child abuse was prevalent in our society one way or the other but it became a general knowledge with that harsh act when the accused in a bid to destroy apparent evidences for his wrong doings killed minor girl whom he had subjected to sexual assault.

When such grim cases take place, it brings a number of flaws to spotlight

Sahil, a non-government organization working in Pakistan for children advocacy, noted in its report “Cruel Number” that around 2,846 cases of child abuse took place in year 2019 while the report for the year 2018 had noted that 3,832 cases of child abuse had been reported from across the country. Hence 10 children per day faced some sort of maltreatment in year 2018 while an average of 08 children were abused each day in last year despite the fact that reporting of child abuse cases in 2019 was decreased by 26 per cent as compared to the year 2018. The report for the year 2019, no doubt, brought all us happy news that the child abuse cases have significantly decreased as compared to that of 2018, but it does not mean that the risk to children is over. As a matter of fact what lowered the number of child abuse was indeed nothing but the quick answer of the police to such incidents which in previous year had not been seen on the part of them. In the face of limited and meager sources the police have responded to such cases boldly and almost all the child abuse cases have been traced and the perpetrators involved have been brought to justice. When such grim cases take place, it brings a number of flaws to spotlight. The sudden spike in child abuse raised a question: what the state and stakeholders had done previously for securing children of this day and age? No proper legislation previously! No seriousness before! 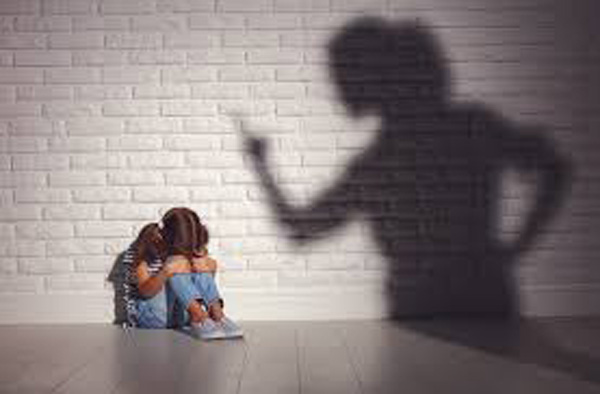 However, shortly after the Kasur incident, Federal Minister for Human Rights Dr Shereen Mazari tabled a bill titled ”Zainab Response Alert and Recovery Act” which ironically took two years in its approval. No doubt this was a welcome step but what raises eyebrows is the 2-year long impediment in the legislation and the approval process.

In Pakistan, most often when such cases take place; law enforcing agencies are put under fire for few widely known reasons: non-registration of such cases, defective investigation and holdup in the arrest of perpetrators but the real facts are always overlooked. One may imagine why these are caused! Parents and guardians of the victims have often been seen concealing facts from police during lodging of First Information Report owing to which the police officer find it difficult to lodge the case under the exact sections of law which the case desires. As in the beginning nobody knows whether the child missing case is of the kidnapping one or of other ilk and subsequently it paves the way to myriad problems in the course of investigation for an investigating officer. The story does not end here and is quite depressing to mention that most often the impediment caused is due to delay in receiving medical tests.

Despite facing many these ilk problems in such cases, all the child abuse cases registered with the police in KP have been traced thus far. This speaks of improvement on the part of police in answering to such grisly offences. But this should not be put out of mind that tackling child abuse and ensuring children protection is not the responsibility of the police alone as the case comes to police when an offence has taken place. It is a crime against children and children are future. Fighting alone for the protection of a generation is not a cakewalk for a person or an institution rather it needs concerted and collective efforts. Parents at home by educating their kids about such risks, religious scholars in mosques by spreading awareness, police on their part, the legislator in assembly forum, judges in the courts may play their roles to fight against this social menace. With the legislation and punishment society reforms are also need of the hour. Society may have more molesters if those growing up are not raised morally strong as the molesters too are from this society.

Many experts suggest that with keeping a vigilant watch on movements of children it is also essential to educate them: what good and bad touch is. There is no shy in educating children, God forbid before they become victim. Apart from all this equipping police of today with advanced technologies for investigation may also result in further improvement of their performance and help them tackle such crimes without any hurdle.

(The writer serves in Khyber Pakhtunkhwa Police and can be reached on numanbacha20@gmail.com