Punjab and Federal governments have been revitalising a 33-km Ravi Riverfront Project along the River Ravi, as reported. It is learnt that it will be having residential units, medical city, commercial zones, forest reserves and central business districts.

About the selection of the site, I can say the beauty of the site, clean water and green areas are missing in those areas because Ravi is accommodating the entire sewerage of Lahore.

Lahore once called the city of gardens, which had at least eight historical gardens in its vicinity, is now mostly encroached in the name of development.

Green and agricultural lands around Lahore have been destroyed and converted into a mushroom-growth of housing societies. No mention of it!

Why do city planners not work on the technical side of allied facilities related to the expansion of the cities? Endless expansions of the city become unmanageable because of the immense pressure of migration to the expanded areas. Karachi and Islamabad are already facing the same effects of ruthless expansion. Beyond Lahore’s cantonment areas, there existed agricultural lands, at zero km to the new Airport and next to DHA. And now, on this side of Lahore city, Bahria and DHAs exist, which are almost the size of a large, separate city and have their management systems. I am sure the Lahore Development Authority must not have expanded following the expansion of the newly developed, expanded city. Catchment areas for Lahore’s underground water are mainly River Ravi, which has minimum river water at the moment and most of the time carries the sewerage of entire Lahore and its suburban areas.

The underground water table was about 60 feet on the northern side of Lahore as I recall, now drinkable water is available at nearly 700 feet minimum.

What are we planning in the name of commercial business with expanding cities and shrinking natural resources?

Did we ever calculate the shortfall of electricity, gas and water supply for existed populations? In the early years of 2000, the electricity requirement of only Lahore city was around 4500 MW per day, more than three times the entire Balochistan’s requirement. That is why either we are sometimes unable to pay huge amounts to IPPs or we go for load shedding in Lahore. Millions of gallons of groundwater are pumped out of our city daily. We have no idea about the gas shortfall at the moment.

Developing a new city needs its administration, nearest to development areas. This can, ultimately, help make people approachable with effective services and responses. How can building inspectors of LDA control construction to check during execution with an area ranging between Raiwind, Multan Road to Shahdra and Saggian to Ferozepur Road, beyond Kahna till Bahria and DHAs? I am sure that the LDA might not have expanded relatively. 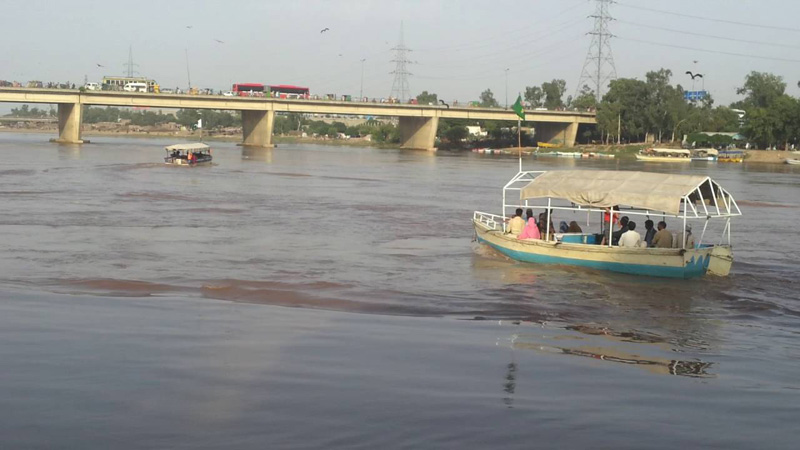 After general information, we come to Ravi Riverfront Urban Zone. As per reports site, it will be comprised of 44,000 acres of land divided into 14 zones with 1.4 million housing units with 70 per cent green areas other than bridges, roads, concrete channels etc. (report says). It will be amazing if the NOC of the EPA and TEPA has no objection to it, on fairgrounds. What if green buffer zones are provided with a few kilometres wide, segregation of old areas of the city on all four sides of this project, like Islamabad, based on designing on a grid-iron pattern?

1.4 million housing units will create demands of commercial zones and other amenities; producing huge quantities of sewerage with requirements of a supply of drinking water, gas, and, top of all, electricity. Since it is going to be executed in a new era of developments, the use of greywater and rainwater may be utilised for plantations, not underground drinkable water. Moreover, as seen in the recent commercial areas, the schedule of parking must be revised, more car ratio concerning saleable areas. I have no idea about this stage of the height of buildings, commercial and housing sectors.

I am sure it is going to disturb the skyline of Lahore and Shahdrah horizon. The approach roads on the north and south sides of Lahore are already choked at entry and exits on rush times and holidays. On Ravi sites, people from adjoining districts like Gujranwala, Gujrat, Sialkot and Sheikhupura may be interested. Nobody from southern Punjab may travel to this area as a leisure trip travelling through the entire city of Lahore.

Ultimately, the LDA will have to revise heights buildings in areas around it because it will be unfair to stop the area from expanding vertically in the line of Ravi Riverfront Urban Development. It will be a jungle of concrete against the requirements of the environment. I found in reports on websites that an airport is also proposed near this site. It may create a mess of traffic around the area. Again 70 per cent of green areas need water to grow, so making huge lakes, more than one, may also repair underground water table and provide semi-clean water for forestry here. May I suggest here that planting fruit trees have a high likelihood of attracting the missing habitat of the lost Lahore tradition.

“As quoted in the media, PM has dreams to work it like a River Thames of London. The PM also said in the same interview to handle the issue of potable water for Lahore, keeping in mind the rapidly dropping level of the underground water table.”

I also liked the idea of River Thames to be replicated here. Let a few wonders of Thames occur here like “The Great Stink, Thames Barriers and Thames Water Life.” All three options are possible here at the River Ravi. Like Barahdari of Kamran in the middle of the river a Theme Park of Pakistan or Cultural Heritage corner can be developed for the attraction of tourists and residents of Lahore.

Will this project help add thousands of housing units; increasing water usage? If we create parks and valleys in the same site and shift a new proposal across Shahdrah with available drains near Muridke, it will be possible to throw millions of gallons of sewerage into Ravi by crossing Lahore Boundary to keep the running water in the city side comparatively clean. I was told by Ex-Professor of UET that in the UK, unlike Lahore Canal, they had laid sewer lines on both sides of the canal under jogging tracks and after crossing boundary of the main city, they threw all sewerage in the same canal keeping all canal water eye-catching across the city.

The crux of the matter is we need to move/manage plans for future keeping in the mind energy crisis, environment, infrastructure etc. not only for availability of land for development. So matter related to planning or master planning are choices with the competent authority having sufficient expertise in this regard I am sure of it. Let me appreciate provisions of forest land in it, apart from public grounds etc. At the end I suggest let commercial zones and the medical city must have their solar energy systems because they will be generating millions of rupees out of here.

The writer is a Lahore-based senior journalist and in charge of Readers Column, Daily Times, Lahore