Situation on border with India ‘stable, under control’: China 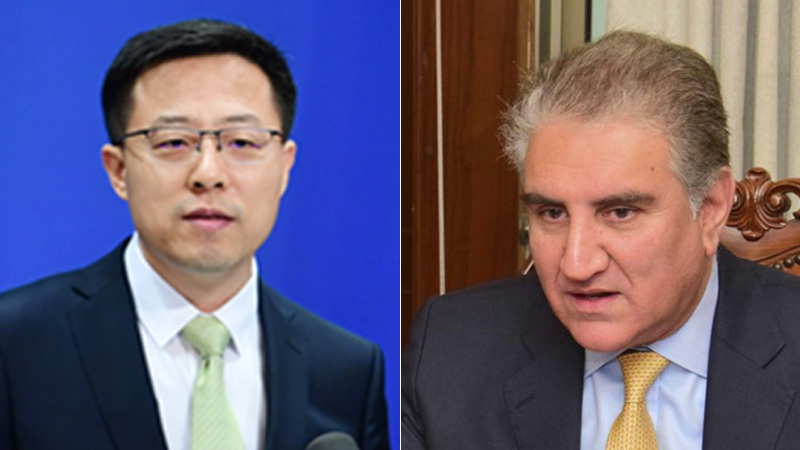 The overall situation in China-India border area is stable and under control, Chinese Foreign Ministry Spokesperson Zhao Lijian told a media briefing on at Wednesday.

“China’s position on border-related issues with India is clear and consistent … we are committed to safeguarding national territorial sovereignty and security as well as safeguarding peace and stability in China-India border areas,” the spokesperson said. “The two countries are capable of resolving border issues through dialogue and negotiations as they have a sound border-related mechanism and communication channels,” he added, following reports that China has moved 5,000 troops to the border area.

Earlier, Indian media had reported that China recently deployed 5,000 troops to the border area with India, and that diplomats of the two countries were in talks to find out a peaceful resolution of the ‘escalation’.

Zhao said China has been earnestly implementing the consensus reached by the leaders of the two countries, strictly abiding by the relevant agreements, and is committed to safeguarding national security and peace and stability in the China-India border area. “We are capable of resolving such issues properly though dialogue and consultation,” he added.

To another question, he said both the countries have established border-related mechanisms and diplomatic channels. “This includes the communication between border troops, and between our diplomatic missions,” he added.

According to reports, a border standoff between China and India was triggered by India’s construction of roads and air strips in the region. Soldiers from both sides had been camped out in the Galwan Valley in the high-altitude Ladakh region, accusing each other of trespassing over the disputed border. Both sides were digging defences and Chinese trucks have been moving equipment into the area.

The Indian government is implementing a plant to build 66 key roads along the Chinese border by 2022. One of these roads is near the Galwan valley that connects to Daulat Beg Oldi air base, which was inaugurated last October. The Chinese and Indian troops have been engaged in a growing number of brawls and other low-level clashes on their sprawling border, including a recent standoff at the Nathu La Pass which connects China’s Tibet and the Indian state of Sikkim. Meanwhile, Foreign Minister Shah Mahmood Qureshi on Wednesday warned the international community about the Indian aggressive policy towards its neighbours which is putting the regional peace and security at stake. The world community must take notice of it, he said while talking to state-run Pakistan Television News (PTV). The foreign minister expressed his concerns over the India’s construction of air strips and other infrastructure in the disputed territory of Ladakh. Replying to a question, he said China does not want confrontation with India and wants to resolve all its issues through dialogue. He, however, said China cannot remain oblivious to India’s illegal constructions in the region. Shah Mahmood Qureshi said the Indian atrocities in occupied Jammu and Kashmir are not secret to the world. he said India is now bent upon changing the demographic composition of the territory. He said that India has also used the land of Afghanistan against Pakistan.