Pandemic is a not a novel concept. If we turn the pages of history it is evident that it has not only cost the precious lives of people but the pandemics have impacts on the political course of history as well. Kolbert rightly stated that it has suspended the development or broad down once mighty states and empires. For instance, the Black Death which claimed the life of one third of the world population, lead England and France to call a truce to their war. Moreover, British feudal system collapsed when plague changed the economic circumstances and demographics. We live in the celebrated age of “science”. But the world seems to be as incapacitated as it was in pandemic of 1918.If we look for the reason of it; it can’t be inaccurate to state that the world is still stuck in the archive concept of real politics that is power politics. The power politics is to measure the relative gains meaning there by to procure benefits more than “others”. 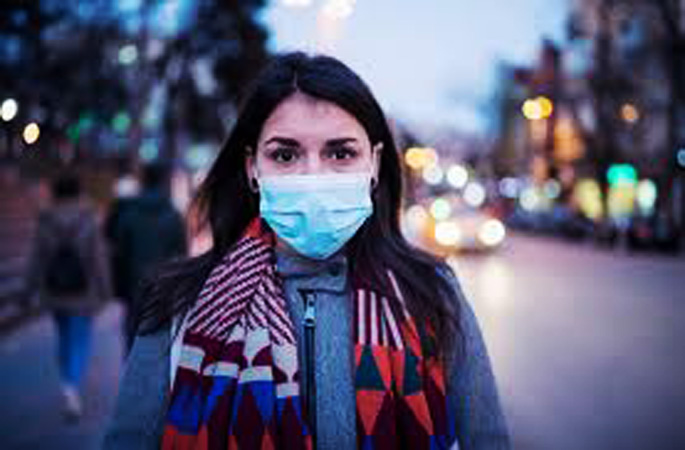 It is believed that world politics is repetitive struggle for power where the strong dominates the weak, consequently the prudent leaders seeks arms and allies to enhance national security. For instance according to Stockholm International Peace Research Institute (SIPRI) 2015-2019 Saudi Arabia is the largest importer of arms. Senior researcher Peter. D. Wezeman states that half of the US arms exports in the five past years went to Middle East, and half of those went Saudi Arabia. The implied reason is to get strong hold in the Middle East than its rival Iran.

There is a perennial debate of GUNS (military spending) VS BUTTER (civilian goods). It means in nation’s expenditure, increase of one relies on the decrease of other. On the basis of the research the lower middle income countries, the one percent increase is associated with 0.962% drop in health spending. According to SIPRI, Pakistan’s defense budget rose 70% over the past decade. On the contrary, country’s spending on the health has been less than 1% of GDP for decades.

In the wake of pandemic myriads of questions sets an alarm bell and are, whether the conventional understanding of warfare has really changed? More simply, is F16 is saving more lives than N95? Does national security includes health security of citizen as well?

National security for the most of the 20th century has been defined as military capability. Much of the analysis now argue that the source of power in general are moving away from the emphasis on military capability, military security has not been managed as a key element of national security, but its importance has certainly declined relative to the issues of non-traditional security threats i.e climate change , poverty, denial basic human rights, and pandemics etc.

It is rightly remarked by Sir William Osler Canadian Physician and educator:

“The philosophies of one age have become the absurdities of the next, and the foolishness of yesterday has become the wisdom of tomorrow.”

Here lies the concept of welfare states which is bonded with the responsibility of protection and promotion of social well-being of citizen . Our constitution makes the country a welfare state Article 38(d) says “the state shall provide basic necessities of life such as food, clothing, housing and medical relief……..” Moreover, article 9 states that “No person shall be deprived of life or liberty saves in accordance with the law”. Utmost duty of the state apart from security is granting the basic necessities of life of which health should be the top most priority.

Moreover health is also recognized as an inevitable human right , 1948 Universal Declaration of Human Rights Article 25 states “Everyone has the right to a standard of living adequate for the health and well-being of himself and of his family, including food, clothing, housing and medical care…”

The right to health was again recognized as a human right in the 1966 International Covenant on Economic, Social and Cultural Rights.

“A relationship exists between the health of individuals, within a state and that’s states national security. A population’s health is of utmost importance of state’s ability to survive” (Jeremy Youde, Global Health Expert)

In an amidst of pandemic normalizing human activity by easing lockdown when the curve is not flattening could be destructive. In South Asia Pakistan has the highest COVID-19 cases and deaths per million people

The dilemma is that the initial responses of global leaders is nothing but a disappointment, denoting the virus as ” Chinese Virus”, “just a normal flu”, “good immunity game” is a callous attitude towards the precarious lives of the people.

A more weightage should be given to the global health sector as compared to global defense as the world had learned from destructive consequence of nuclear weapon. The adoption of deterrence strategy (the capability to avoid or prevent itself from being attacked by its opponents) is needed by enhancing the research, new inventions in medical field.

The world should make a united front to combat any of these situations. One of the concrete steps in this regard is to formulate certain laws related to health and to convert the already present International Health Regulations (IHR) in to the internationally binding laws.

United Nation General assembly can call a unscheduled special meeting called as Emergency Special Session (ESS). The aim is basically to give urgent recommendations in a state of emergency. The ESS is a rare event, only 10 sessions have been called so far and almost all of these are related to the affair of “international peace and security” the concept of security is defined under the connotation of military defense. The pandemic which has engulfed the lives of more than 335,063 people (till 22 May 2020), which is likely to increase, furthermore, the virus has killed more Americans, than in decades long Vietnam war. Surely the situation needs the collective world’s attention on emergency footings. UNGA can call such session to deal with the pandemic which can aid the global policy makers and world leaders to device a comprehensive policy to deal with outrageous situation

WHO has given Essential steps for developing or updating a national pandemic influenza preparedness plan 2018. The three phases have been elaborated by the organization, Phase I is “Preparation and Situation Analysis” Phase II “Developing or Updating Plan” Phase III is “Evaluating, Finalizing and Disseminating a Plan.” The countries like New Zealand which followed the given guidelines remained able to effectively control the COVID-19 situation as compared to worst effected countries. USA, Russia, Brazil, UK, Italy somehow failed in taking the steps timely.

There must have clear and coherent legislative and regulatory framework for an effective health crisis, human pandemic in particular. Pakistan existing pandemic law is the inherited law from the British time Epidemic Diseases 1897, the law was amended in 1958 and renamed as West Pakistan Epidemic Disease Act 1958, the only amendments were to replace the word India from Pakistan which was further adopted by Punjab and Sindh. During the COVID-19 laws has been enacted in the country but it needs to take on board every stake holder to make comprehensive laws. The laws should include timings and magnitude of emergency health measures, medical and economic relief to the people, legal relief for the marginalized in particular labour rights, and laws on the rights of students.

It seems that the world is crippled to handle the situation, mighty super powers confronting the collapse of health system. Human life requires more investment than the weapons. The capitalist system remained unable to feed the people during the worst times, the concentration of wealth in the hands of few and trickle down of modicum of the profit needs to end. The system which foundation is not laid on justice, equity, peace is unable to bear the brunt of such pandemics. Realization of the fact is inevitable before it’s too late.

The writer is a lawyer and freelance writer