Who, after all, should we reckon as a dream civil servant?

Is it those who live by and work entirely in the light of seemingly archaic, drab sets of official conduct volumes, called “rules of business” while performing their jobs in a silent and unassuming manner? Or it is the new-norm mandarins, twitter and social media-savvy, registering their performance and endless achievements for friends and foes alike to behold in awe.

Before answering this seemingly simple yet complex question, it will be useful to remind ourselves about a few pertinent points. Firstly, the central and provincial civil services are, by and large, the most fairly contested professional entry examination to the public sector in Pakistan. Around a dozen thousand, well-educated young boys and girls, from all across academic horizon compete for a few hundred openings through CSS and PMS examinations in a process covering written, oral and psychological assessments carried out in a decently transparent manner. Secondly, and given all objections to the manner and conduct of the competitive examinations, entry to premier civil services at federal and provincial level are certainly way more competitive, compared to other lead professions of the day – say, joining print or electronic media or becoming a lawyer.

Also remember that everyone from all academic backgrounds – social scientists, doctors, engineers, liberal arts, law and science graduates – almost each category of generalist or professional contests these competitive examinations. Add to this fact the reality that joining the prime civil services through CSS and PMS is still a major and effective, albeit less acknowledged avenue of upward social mobility in our society. 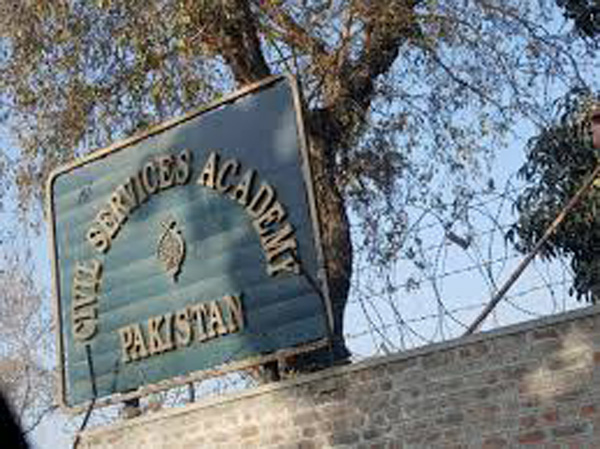 Little surprise that those who eventually make it through these competitive examinations each year, tend to assume a collective air of achievement, accomplishment, at times, bordering on disproportionate self-importance.

But this is precisely where the problem begins both for the civil servants and the “rest of us”. The assumptions and realities surrounding the role of civil servant in state system have altered massively in recent decades – and mostly to the disadvantage of the public servants.

It is safe to assume that the erstwhile ascendancy of bureaucracy in scheme of things within governance edifice has now become a past legacy. Thanks to local governance 2001 experiment and system of Nazimeen, ascendance of elected politicians over the bureaucrats has been established “conclusively”. Power pyramid of statecraft in Pakistan now shows clear evidence of the other entities assuming superior niche compared to the “near beleaguered babu”. Judiciary, Bar, Media, Politicians, Civil Society, Donor Agencies, Anchor Persons (yes, the anchor persons are there, like it or not) – all of these are now more central, more relevant and more impactful compared to the civil servants in matters of statecraft.

We now have the civil servant of erstwhile ‘cream of the nation’ and ‘steel frame of the Raj’ fame, relegated to the number five or six position as a cadre among those who really matter in affairs of the government

We now have the civil servant of erstwhile “cream of the nation” and “steel frame of the Raj” fame, relegated to the number five or six position as a cadre among those who really matter in affairs of the government. Coupled with this uncomfortable position is the reality that public servant is the one who is the subject of the most stringent and most thorough scrutiny for acts of omission and commission. Anti-bribery institutions, transparency whistle-blowers, judicial oversight mechanisms, political accountability forums , media watchdogs – are all geared to keep track and take to task the actual and not-so-actual wrong-doings of the babu ( I am using this expression with pain but this is how lead voices of prime time media love to refer to the civil servant )

For their part, the politicians are increasingly becoming less tolerant of the non-partisan, going-by-the-book and the “due process” civil servants. There is a quest for “go-getters”, the ones who can do miracles and produce results, in syn with political vision of this or that political party. I see no problem in this as politicians have every right to pursue their promised mandate and political manifesto, but the ground reality of public sector governance is leas suited to the speed and “ingeniousness” that political masters expect of the civil servant of 2020s.

This precisely is the broader picture, the prevailing milieu which should inform our quest for a dream civil servant.

As the citizen and people, we need to understand that civil servants are not the revolution harbingers; they are creation of the law and rules and SOPs, they are merely “the implementer”. Revolutions are the realm of the visionaries – the politicians, the academics, the civil society activist; so please stop expecting that a Deputy Commissioner or a District Police Officer can “transform” a district. A DC is supposed to implement land revenue act provisions, perform regulatory duties and take care of emergencies. A DPO is required to ensure public safety through effective watch and ward alongside doing good investigations for improving conviction rates. Full Stop.

No need to garland a DC or DPO as the “hero” or “the emancipator” of the “people”. They are not.

On their part the DCs and DPOs and in fact all civil servants at district, provincial and federal governments need to realize that they opted for a career willingly, knowing full well that pays will be miserly; that duty timings will be crazy; that politicians will be demanding; that courts and media will be critically scrutinizing; that being custodian of tens of billions of public moneys and assets, and given this age of social media proliferation, there will be just and not-so-just penalization with non-stop accountability.

Balancing this combined clarity of understanding on both sides, we can agree on the two shades of a dream civil servant. It could be a low key, bookish and rule-obsessed civil servant, just doing what law and statues require of a civil servant – which may not be always very exciting or colorful. It could also be the new norm mandarin – twitter and Facebook savvy, always-at-your-service type and maybe a wee bit ostentatious.

Please try to bear with both as in either case, you would be dealing with the product of perhaps one of the most competitive and transparent recruitment processes; someone who in most cases ( leaving aside the few dozen super-bureaucrats ) would be living with the shenanigans of a modestly paying and highly vulnerable career, trying to perform duties in peace and emergencies.

No harm in living with their social media ventures and acts of assumed conceit once in a while as they are the backbone of the state machinery – the day to day mechanics and trouble shooters in our near chaotic governance edifice – the dream civil servants.

The writer is a forester and an Ex-DMG officer; syedrizwanmehboob@gmail.com)