The Fate of Chinese Economy

A series of newly released economic indicators show a dramatic decline in the Chinese economy due to the coronavirus outbreak. The collapse in industrial production, retail sales and fixed-asset investment were much more serious than analysts had expected. The data, released on Monday, can serve as a warning to other countries as to the coronavirus’ toll on the economy.

Why should the world care about the Chinese economy?

China is connected to the world not only through the global supply chains but also through global financing. The sheer size of the Chinese economy abundantly matters and is of prominent importance in today’s world.

What is the current state of the Chinese economy?

China is gradually recovering from the city lockdowns and travel restrictions that it has imposed since the beginning of February. China has already returned to full capacity. Based on big data and real-time analysis, we have seen that the workforce has returned to their works, the factories and the offices’ doors have been opened but the problem starts when we think about the recovery of the economy. We have to contemplate about not only the supply side but also the demand side.

The domestic demand has remained weak partly due to the expected weakened economy down the road alongside the increased inconstancy in the labour market.

Will China avoid a recession?

Therefore, the world is either in a recession or about to get into a global recession at a massive level. Given that China is dependent on the global demand/supply chains and global economy, by and large, it is not surprising that the Chinese economy is going to stand still unsubstantially in 2020. The official definition of a recession is a negative growth rate for over two quarters in the US but given the size of China and the fact that it has been growing at the positive rate for many years now, low economic growth rates are expected to cause an overly distressing situation in Chinese economy’s fortune. According to the IMF (International Monetary Fund) forecast, the Chinese economy is going to emerge at 1.2 per cent annual rate in 2020, which is going to be the lowest GDP rate for China since 1976. In the experts’ opinion, this shouldn’t be regarded as a recession. However, it is going to be a stagnant recovery for the Chinese economy as a whole.

What about unemployment chaos in China?

In my opinion, for ordinary Chinese citizens, what they are most concerned about is their paychecks along with their jobs. The ratio of people to be unemployed is estimated relatively high, although, at this time, the unemployment rate in China has increased from 4.32 per cent (2019) to six per cent (2020). Albeit the percentage seems to be small but as I have mentioned earlier, it is quite complicated to define unemployment in China, given that there is a lot of immigrant personnel. When a migrant worker loses his/her job and goes back to their hometowns or rural areas, it will automatically not be considered in the unemployment pool. Therefore, based on the official statistics, the numbers may not look that adverse, yet we can expect the unemployment setback to become more severe in the upcoming few months in the mainland of China.

What is China’s priority at the moment?

So what about US-Chinese relationships?

The US is still a major export market for china at the same time foreign direct investment from the US to China is still very important, especially in the high-tech industries, so these two countries not only specifically rely upon each other on international trade or global value chains but also on financial finances as well. The two big economies have to function cheek by jowl to encounter the mass recession and recover the economy.

Unfortunately, the world has started to deglobalise since the great financial crisis in the years like 2008 and 2009. The pandemic took over the world at a very wrong time when the world is decoupling. Although it is important to keep in mind that when prosperity is maximised when the world is most globalised. A lot of the global issues including the current COVID-19 pandemic require cooperation between economies including the superpowers. China needs to keep the fact in mind that globalisation is still the key to global affluence. Also, it is going to contribute its benefits and social security for the Chinese economic growth in the long run as well.

In summary, we can safely say that the world, as a whole, is affected by the pandemic; leaving no one’s safe. The economies are failing poorly including the superpowers of the world. China has taken quick measures to stabilise its position in the market but China alone doesn’t run the market graphs. The competitors still need some time to get control over the demand and supply chain to bring the paralysed market back to life. 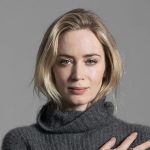