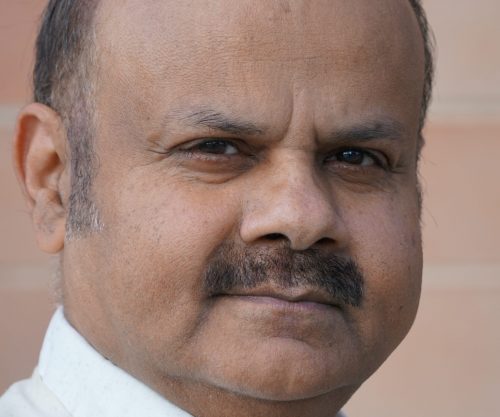 Like anything else in Pakistan, there seems to be no proper policy and cohesive plan to deal with coronavirus pandemic. Everyone is doing whatever he wants to do and the way he wants to.

The writer wishes that there was a proper system (nizam) in place with enough medical facilities so that suspects and diagnosed patients could be isolated in a right manner and spread of this virus could be controlled.

This proper system, the writer wishes for is to have had population data with addresses and profession of individuals. This would have helped made lock-down easy to manage and ration be provided rapidly so there was no delay in enforcing lock-down.

It took almost two months to determine how to lock-down and which areas.

We in Pakistan, lack testing kits, thus a very low number of testing is being done which has resulted in very few patients showing as positive. This has given false presumption that Pakistanis were at a very low risk to get coronavirus. This further gave birth to theories that it is because we subject our population to have Tuberculosis injection.

All these theories and assumptions are incorrect. The one and simple thing to understand is that number of our testing of our people per million population is insufficient. As per World Health Organization (WHO) we must test at least 1000 per million of population.

If we continue with this practice then we might inadvertently spread the coronavirus to an extent that we might have great deal of difficulty to control pandemic within Pakistan.

Issue is overlapping governments structure. With no proper data and no proper set-up to help public in such cases.

Provincial sizes are too big to manage. There is hardly any coordination between federal government and provinces. Worse yet these governments instead of working together they are fighting it out.

There is a saying, managing something by inch is synch and by yard is hard. A government structure which is being proposed by the writer is what this is all about. A proper political and economic structure of Pakistan. Interested people can read here: www.NIZAM.pk

At this stage there is complex decision making between saving lives from coronavirus or opening up so people can earn their livelihood. Government and public must keep in mind that no one has died of hunger but definitely because of coronavirus. They continue to die and the death rate is increasing day by day.

On the lock-down side of the issue, government must bring public into confidence that even if daily wagers or shop owners do not work they still will be taken care of. The government should work in coordination with reputable non government organizations to bring food to deserving population. These organizations do have the data and work force to implement such a plan.

There seems governments are not applying quarantine procedures in a right manner, thus a person which has caught covid-19 is not properly kept isolated.

People being asked to isolate themselves in their houses in case of being positive. These houses are of one or two rooms. They are prone to give coronavirus to their family members as well.

Now that lock-down is being eased up there is a big danger of spreading coronavirus further. Unless government sets stringent rules and ensures to enforce them.

Even agreement has been reached to open mosques, but 80% of the mosque-goers are not following the rules.

The writer is a Political Economist and understands the importance of people working, economy moving and government collecting taxes. But we need to weigh it out; the tax collection is important or the lives?

A-symptom people cannot be identified if they carry the virus. Only way to check the spread is educate them, and provide them right isolation places.

Under the 18th Amendment medicine and education is a provincial responsibility. It is given that provinces have failed to improve under both of previous regimes. But two years have passed under the present government, a question arises, how much system correction has been done in these two years?

Helping poor with provision of cheap ration items is not working at all. Utility stores are there by name only to carry inexpensive items. For example flour in market is being sold at Rs.805 and in utility store at Rs.800. Consumers question the value of subsidy of only Rs.5!

Most of the utility stores are not even open or have enough items.

Politics is being played by both federal and provinces. Everything is being politicized.

Tiger Force put together by the federal government to help distribute ration has been refused by Sindh, Azad Kashmir and Gilgit-Baltistan along political lines

There is no stability in prices in the market. Prices are still going up. Food inflation is still high. Job market is still bad and getting worse.

People say ID card copies are being taken and promised to deliver ration but they have yet to receive anything. People are burning ID cards in anger.

Seems both federal and each of the provincial governments are working hard to control coronavirus and also to distribute ration, but hardly public is satisfied.

There are reports that this ration is finding a way to houses of waderas and bureaucrats.

Whatever good has been done is by philanthropists.

There is no strategic set-up with proper coordination. Railway ministry is distributing ration on its own which causes chaos and no rules of social distance are being followed.

Even the Supreme Court had to take suo-moto action on this so-called management of coronavirus.

On the other hand, government needs to have a concrete economic policy so that have-nots or people who are daily-wagers can earn their daily earning to live.

This writer has been writing for past couple of years that the government has unnecessarily set discount interest rates at such a high level i.e; 13.5%. The government reduced it by 2% which was not enough. On top of that financial advisor to the prime minister, announced that there would be further reduction in the interest rates. You do not do that!

Investors, industrialists keep a close watch on what is being said by the managers of the economy. This announcement by the finance advisor was counterproductive because reduction of interest rates hardly rendered any positive results. This is because investors would wait until further cut is made.

Unfortunately, there is a political side to this management of coronavirus as well.

There is a continuous political in-fighting going on between the federal and provincial governments.

National Coordination Committee (NCC) holds meetings to make mutual decisions and then the provinces do whatever they want to. So what is the point of NCC meetings and mutual decision making?

Politics is being played by both federal and provinces. Everything is being politicized.

tiger Force put together by the federal government to help distribute ration has been refused by Sindh, Azad Kashmir and Gilgit-Baltistan along political lines. By adopting a proper political structure of the government as proposed by the writer, these issues can be done away with. Thus have a consistent cohesive health care policy throughout Pakistan. 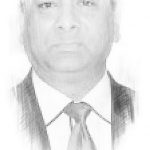