The pandemic and juvenile justice

The recent outbreak of the COVID-19 pandemic across the globe has not only threatened globalization that the world secured after the demise of the Soviet Union but also threatened lives of ordinary human beings and those behind bars for offences which they did not commit at first place. 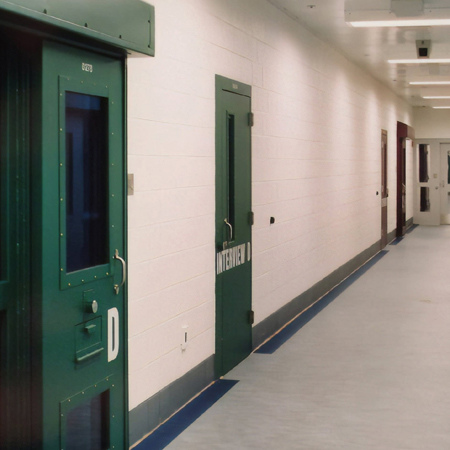 The pandemic of COVID-19 has threatened civil liberties of every man all around the world as we find security agencies and police standing on roads making unnecessary searches and questioning. As COVID-19 spreads throughout the world and within prisons the authorities are beginning to release prisoners on humanitarian grounds. Shops, big business even daily wagers have suffered a lot due to spread of COVID-19 not only in Pakistan but all across the globe including the country that had enormous resources i.e. the US. Due to this pandemic, many have lost their lives; even Jerry Givens, the leading activist, who opposed the death penalty for many years lost his life to the COVID-19 in North Virginia a couple of weeks ago.

The courts all across the world opted to release prisoners in the wake of spreading of COVID-19 in prisons on humanitarian grounds on account of finding of arriving of the pandemic early January 2020. Such sort of step had been taken by the Islamabad High Court of Pakistan followed by Lahore High Court in early April 2020 considering releasing under-trial prisoners on bails in the wake of spreading of COVID-19 in prisons of Pakistan. Until today 86 prisoners have been found to be infected of COVID-19 symptoms in the Lahore Camp Jail and many others found to be infected in rest of prisons of Punjab. The High Courts of Pakistan wanted juveniles, women and prisoners over the age of 60 to be released on bails with the view of avoiding them to be contracted symptoms of the COVID-19. This decision of the high courts was assailed in the apex court of Pakistan thereby it concluded that the courts across Pakistan ought to follow the law instead the policy and decided that the bails would not be granted on account of spread of the COVID-19 across prisons. However, the apex court on relying upon the opinions of the federal law officer agreed upon granting of bails to juveniles and women not convicted and accused of heinous offences.

The case of juveniles those behind bars ought to be considered in lines with the law specifically enacted in 2018 for dealing with juveniles related cases owing to the fact that its section 23 overrides all other laws in placed even provisions of Code of Criminal Procedure 1898. “The juvenile justice system that emerges from this crisis will be profoundly different from the one that entered it just weeks ago,” says Nate Balis, director of the Casey Foundation’s Juvenile Justice Strategy Group. “The sooner we can understand exactly how and why these changes are occurring, the better equipped we will be to ensure that the lasting changes will be positive ones. It has been noted that facilities where people are living in close quarters has the potential for full-blown heath crisis. The pattern of avoiding rapid spread of the COVID-19 is proposed to be distanced. And such pattern cannot be followed in prisons all across Pakistan. Distancing in small cells even I say in death cells not possible at level. In prisons where there is neither sanitation nor clean water facilities cannot encounter distancing at all.

The government and authorities must act expeditious to consider health of those behind bars including convicted/condemned prisoners have been in death cell for years and years. This COVID-19 is dreadful and it will surely threat mankind, if the countries do not act upon containing it. Our neighboring country-India opted for releasing prisoners of all sorts from its prisoners on humanitarian grounds on the ground that those sentenced to simple imprisonment or serving months long imprisonment must not be given death sentence in prisons as the corona virus is deadly and in other wording it could be said that it is a death sentence

The writer is an advocate based in Lahore.