Incomplete political promises, constitutional deficiencies and institutional weaknesses have triggered debate in Pakistan for redrawing fiscal balance which was heavily tilted towards federating units after the 18th Constitutional Amendment. Theoretical and empirical evidence tells that broader socio-economic development is possible if fiscal, administrative and political powers reach from federal to provincial level and from provincial to division, district, tehsil and union council levels. That will be real devolution and decentralization of authority in federal structure.

The 18th Amendment which was passed with consensus of 17 parliamentary political parties passed more than 102 changes in the constitution which weakened the center without necessarily strengthening provinces. It should have strengthened the federation through provincial autonomy because development through devolution should have brought governance and shared responsibility of all. The seventh NFC Award was revised and approved in 2010 last time, under Article 160 of Constitution, the president constitute the NFC after every five years but there has not been consensus to decide the distribution of funds among provinces and federal government. The NFC award decided that federal government will give 57.5% of total tax intake which is known as divisible pool to provinces. After giving money to Azad Jammu and Kashmir, Gilgit-Baltistan and funding other vertical program federal government is left just with 38% of total collected taxes. 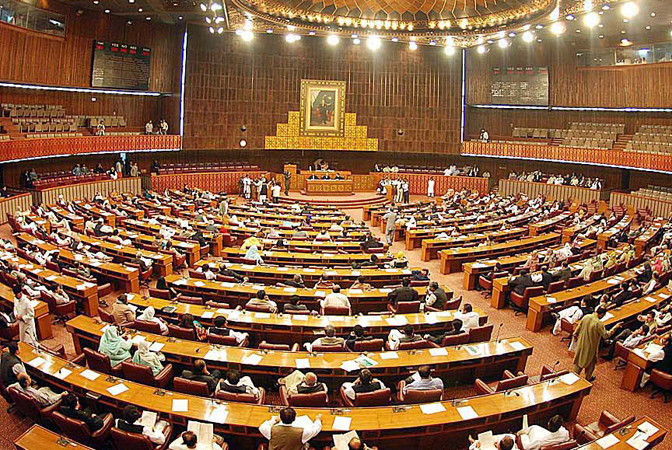 Since 2015, there has been discussion on revising the NFC Award as unelected offices in Pakistan believe that the PPP and the PML-N changed fiscal framework between provinces and federation which weakened federal government to pay security bills in war against terrorism. Theoretically federal government cannot have powers other than defense, economy, communication and foreign policy. Concurrent legislative list was abolished which empowered provinces on its legislative items along with fiscal autonomy it is ideal chance for political parties to bring differences in lives of common man.

Political parties built narrative during dictatorial regimes that center has assumed too much power and authority and this excessive power has brought inefficiency , social fragmentation and ethnic divisions. But when they get power from center they do not devolve it from provincial capitals to local governments for grassroots level development.

The PPP and the PML-N which ruled Sindh and Punjab after the 18th Amendment and empowered fully in 2010 never transferred powers to local representatives in true democratic spirit the way they demand power from federation. Local body elections are not priority for political parties as they promise to masses to empower them. Political leadership discourage dissent and with small group of loyalists they exercise absolute power and shrug off their promises of political participation of all. The electorates need to put this in demand list from party leadership of different parties that they will legislate to devolve and empower other segments of society.

Stakeholders in national apparatus these are talking of retooling the NFC award and there is need for national dialogue to discuss the 18th Amendment and discussing new formulas for distribution of resources. Although the federal government says the administrative powers should remain with provinces but provinces need to share burden of federation in paying debts, defense budget and in mega projects. Since provinces avail all facilities so they need to share financial burden with federation. But provinces have genuine concern that administrative powers without financial powers is like being a toothless tiger.

The discussion which is missing at national stage and needs attention by all political quarters, societal segments and media houses is to urge and demand Provincial Finance Commission (PFC). Since the local government is provincial subject so all four provinces need to legislate their own laws to empower masses and for this political parties need to show magnanimity and democratic culture. Fear is that stakeholders may discuss broader arrangements in eighteenth amendment and the NFC award and can ignore the PFC and with increasing powers of Provincial Chief Ministers and absence of strong opposition may weaken social contract of state and society.

Maxim in fiscal and administrative powers reached in provinces till grass root level during undemocratic periods and not during times of democratic governments. Growing unfairness and deprivation can undermine democratic legitimacy as Pakistan needs democratic culture after return of stable democratic periods.

Qamar Cheema is Strategic and Political Analyst based in Islamabad