Houthis should come out of Iranian shadow

Houthis officially “Ansar Allah” dismissed the Saudi-led coalition’s truce announcement last month. And accused the coalition of misleading the international community by escalating fighting and mobilizing forces at the same time. But indeed, it was Houthis themselves who mounted hundreds of missile and mortar attacks on Yemeni government forces and residential districts in the provinces of Al-Jawf, Marib, Taiz and Al-Baydha. Houthis negative response to Saudi initiative was more because of Tehran which doesn’t want peace with Saudis. Houthis relationship with Iran is closer than ever, with a growing overlap in capabilities and strategic priorities. Yemen’s war is a gift to Iran. Tehran sees it in this way that quiet manipulation of the war has reinforced its main opponent. Saudis fears that it is flexing muscle in their backyard. Iran’s relationship with the Houthis plays into Iran’s strategy of controlling key Arab waterways. Control of Yemen and its strategic ports give control of vital commercial and energy shipping lanes that connect the Red Sea to the Indian Ocean and the Middle East to Europe. 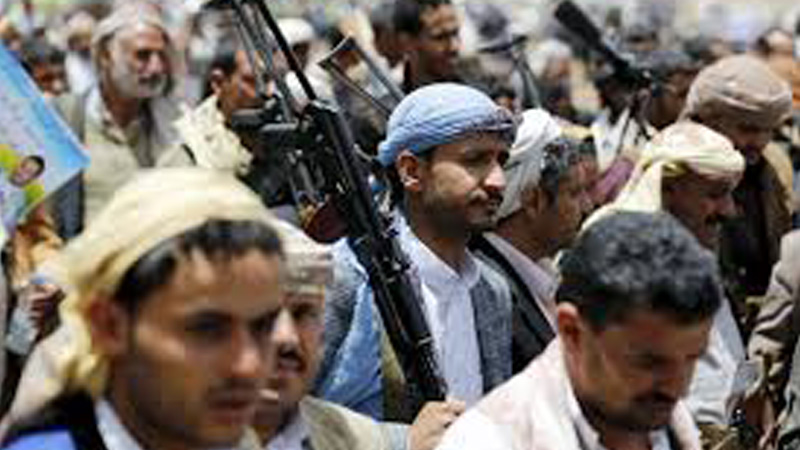 It’s very unfortunate that Houthis don’t realise that Iran is not interested in seeing Yemen in peace and prosperity. Iran is only helping them just to create its proxy force in Arabian Peninsula. Houthi movement in early 1990 began as a cultural movement intended to counter Wahhabism and Salafist influence and end the political and economic marginalization of Yemen’s Zaydi population. But now gradually it has become an Iranian tool. Iran aim was always just to gain a foothold in Yemen. This would allow it, despite the weakness of its naval forces. To sabotage international commerce and energy markets when its interests are threatened. Hence Iranians are not interested in solution to Yemeni crisis as they know very well that flaring up this conflict will serve their geopolitical objectives. Moreover historically, Iran has not been a significant factor in Yemeni affairs. It has long maintained a diplomatic presence in capital Sanaa, but its influence during the two decades before the war was minimal. By contrast, Yemen has traditionally aligned politically and economically with its neighbours in the Arabian Peninsula. For that reason, the Gulf states played a leading role in forging the 2011 the GCC Initiative and Transition Mechanism, which defined the political transition in Yemen. Over the years, the countries in the Gulf Cooperation Council have also provided critical economic support to the Yemen, the poorest Arab country. There are also significant doctrinal differences between the Houthis Zaydi version of Shia Islam and that practised in Iran. Some pro Houthi scholars are even on record states that the Iranian system could not be implemented in Yemen because Sunni Muslims constitute a majority of the country’s population.

It will be better if Houthis understand it sooner than later that Tehran can’t provide any meaningful assistance to address Yemen’s catastrophic humanitarian crisis. Nor it can pledge any future assistance to help Yemen re-build after fighting ends as it’s beyond Tehran means. The economic costs of reconstruction will almost certainly be borne largely by Yemen’s historic partners in the GCC. Thus, in all likelihood, Yemen’s future will remain inextricably linked to the future of its immediate neighbours in more than to the Islamic Republic. Yemen, by regional standards, is a big country, with 28 million people, 46% of them under 15 years old. For Saudi Arabia and the other Gulf states, Yemen is therefore too big to fail. A chronically failed state in Yemen would mean that whole peninsula will be in perpetual crisis whether caused by war, terrorism, refugees, disease or all of the above. But any conflict or crisis in Yemen doesn’t affect Islamic Republic of Iran at all. The greater Iranian support to Houthis is unsurprising. What is surprising is that the Houthis which claim to be fighting to liberate Yemen and in name of Yemeni nationalism have blindly chosen to take orders from the Iranian leadership even when these orders completely contradict their agenda and Yemen national interest. Now Houthis are a mere puppet in the hands of Tehran which they can use anytime to serve their regional aspirations. Iran has always taken advantage of chaos in any country in which they created proxies like- Iraq, Lebanon and Syria hence Iran will never let Yemen be stabilise. Iran has interest in keeping Yemen as a failed state so they can control it through its proxy militia. Houthis have to do some introspection and find out are they a real nationalist movement or mere an Iranian proxy which wants to live under their shadow. At this point in time Yemen is going through its worst and most difficult phase. Yemen’s survival as a unified country appears in doubt as its faces numerous challenges. That’s why it very much required that Ansar Allah now walks out of Iranian shadow and take decisions in favour of Yemen only.

Author is a columnist for Middle-East and Af-Pak region and Editor of geo-political news agency Views Around can be reached at manishraiva@gmail.com