It is important for characters to break down and grow again: Amin Iqbal

* 'I started out as a script-writer and wrote eight serials, two sitcoms and three telefilms in the start of my career' 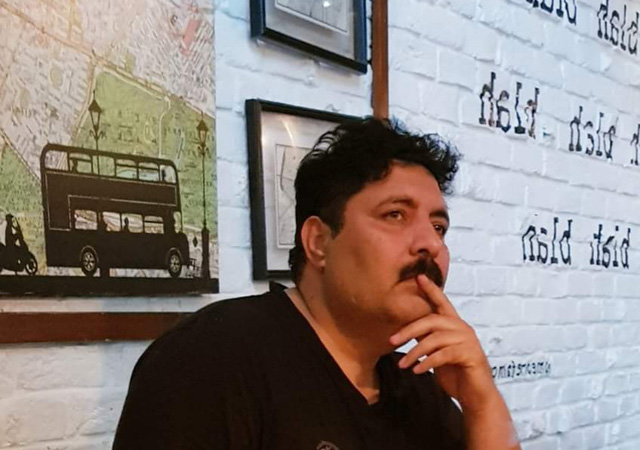 Amin Iqbal is a prolific screen-writer and director belonging to the Pakistani drama industry.

Be it PTV, ATV, Geo, ARY or Hum, Amin Iqbal has served almost all the channels with variety projects. While his pieces as a writer include the soap-opera “Kaheen Tum Kaheen Hum” and ATV’s mega project, “Mohabbat Ab Nahi Hogi”, his directorial works include “Dil Mohalle Ki Haveli”, “Maan”, “Khot”, Meri Zindagi Hai Tu”, “Thakan” and “Agar Ho Sakay” to name a few. His latest serial as a director was “Deedan”, an A-Plus production probing into the cultural patterns of villagers lying on Pakistan’s northern side.

We know you as both a writer and a director, but with which profession did you actually enter the Pakistani drama industry?

I started out as a script-writer and wrote eight serials, two sitcoms and three telefilms in the start of my career. I also have two documentaries and two long plays to my credit. The serials included “Kaheen Tum Kaheen Hum”, “Dobara”, “Mohabbat Ab Nahi Hogi”, “Woh Subha Kab Ayegi”, “Imtehaan” and “Bichrein Ge Ab Kaise” while the telefilms were “12 Ghante”, “Kuch Nahi Yeh Pyar Hai” and “Waghaira”.

A director is also a story-teller. What is your vision as a director? What is that one thing on which you always focus while directing a serial?

As a director, I want my characters to speak more through their actions and less through their dialogues. This helps one get inside the character’s skin and understand it as a complete personality in itself, relatable to the viewer.

Why have you stopped writing?

I haven’t stopped writing. Yes, I haven’t written a serial for quite a while, but that doesn’t mean I have stopped. I have been regularly penning blogs and articles for my website, www.aminiqbal.com. These days, I am also working on a novel and a new script.

What do you look for in a story whenever you are handed over a script?

A good story is one in which characters gradually grow and strive to achieve their goals along the way. For their achievement in life, it is important for them to improve themselves by breaking down first. This process of breaking and making makes a character round and worthy of learning from.

‘As a director, I want my characters to speak more through their actions and less through their dialogues. This helps one get inside the character’s skin and understand it as a complete personality in itself, relatable to the viewer’

Of all the writers you have worked with, who according to you is the best?

All the writers I have worked with are assets of our country, be it Khalil ur Rehman Qamar, Imran Nazir, Faiza Iftikhar, Amna Mufti or Faseeh Bari Khan. 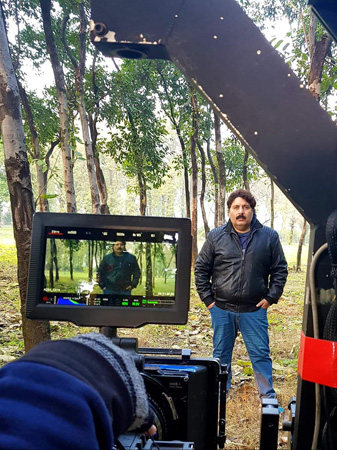 You have also made telefilms in the past. Why do you think the telefilm culture came to an end?

When the business plan of the channels changed, the telefilm slot became obsolete. The quarterly programming of telefilms got reduced to six months. Later on, even that became history.

How important are telefilms for an industry?

Telefilm slot is a slot where one gets chance to experiment. The makers experiment and the viewers are also given something unique to taste. New writers and directors also become a part of the industry through telefilms.

Have you made your dream project or is it still under-way?

I believe that the fun part in dreaming is not being able to get your dream fulfilled. This always keeps your curiosity piqued and makes you work harder and harder. I don’t know how or when my dream project will reach me, but waiting for it always keeps me on my toes.

You worked a lot with Saba Qamar in the initial days of your career. What attracted you in her style of work?

Both Saba Qamar and I were in the early stages of our careers when we started working together. Seeing Saba’s passion for her work, I always surmised a bright future for her.

My drama serial “Dushman” will probably go on air after Eid. Besides that, my feature film, “Rehbara” is also in the final stages of post-production.