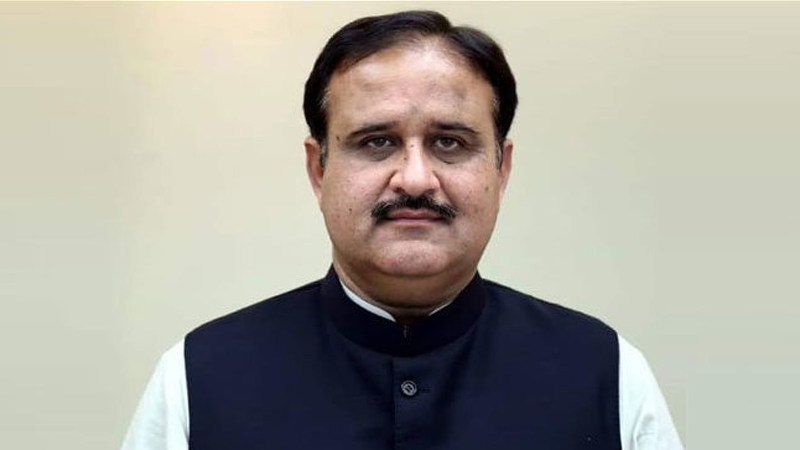 During the last 18 months, CM Punjab Sardar Usman Khan Buzdar has proved his capabilities by taking landmark decisions, which is obvious to the naked eye, but purblind can’t see it. It is not possible to recount his successes in this limited space, but reference to recent decisions would suffice. Addressing a press conference some days back, CM Punjab, Usman Buzdar, announced reopening the textile industry value chain in the larger interest of the country’s exports and much-needed employment in these testing times. Last week, Chief Minister Punjab Usman Buzdar, in a high-powered meeting on government plan for Punjab’s future economic growth strategy in response to Post-Covid-19, launched ‘RISE Punjab’ Punjab Government’s Social Protection and Economic Revival Response for Post Covid-19. During the meeting Chief Minister discussed the vision of Prime Minister of Pakistan in combating Covid-19 and Government’s priority of providing immediate relief to the people in distress.

The holistic framework of ‘RISE Punjab’ focuses on six sectors, which includes economic recovery and stability, social protection, health, substantial improvements in the governance capabilities, education and human capital development and risk management. There has been a lot of kite-flying and speculations by some analysts as to why Imran Khan picked up Usman Buzdar as chief minister of Punjab when he had better choices. Some suggested that Imran Khan should have managed to get Shah Mehmood Qureshi elected in a by-election after he lost provincial assembly elections to make him CM Punjab. But Imran Khan knew that Shah Mehmood Qureshi could serve the country better as foreign minister. People have been listening to the analysts and commentariat who from the day one criticized Usman Buzdar for no apparent reason.

Prime Minister Imran Khan, had selected him after a lot of deliberations, and made it clear many a time that Usman Buzdar is going to stay as CM Punjab. The question is why some analysts and commentriat targeted him from the day one, when they had not even seen his performance; thus they had no reason to criticize him. It appears that they are impressed by the leaders with the gift of the gab, and by the ‘princes’ that had ruled the province in the past. On the other hand, Usman Buzdar is a soft-spoken person; while working he keeps a low profile, and the other ministers also have liberty of work without any hurdle from the executive. His critics and detractors have been giving cut off dates that he would be removed because he failed to perform.

They also criticized Prime Minister Imran Khan for selecting a political novice as the head of the province with more than 120 million population, which decides the fate of the political parties in the country. But despite the constant media onslaught and criticism from opposition parties, Usman Buzdar continues to survive. It is strange that many critics say that Punjab province is being run by Imran Khan from Islamabad. Of course, Imran Khan is Chairman of PTI and Prime Minister of Pakistan. It is natural that Imran Khan with his experience and qualities of perseverance and steadfastness guides Usman Buzdar, who has learned the ropes by now. Despite being in the limelight, Usman Buzdar has resisted the temptations of appearing smug or pompous. Last month, Chief Minister Sardar Usman Buzdar gave approval to provide direct financial aid to deserving families in Ramadan-ul-Mubarak.

This was decided in a meeting held under the chair of CM at CM’s Office to review relief arrangements under Ramadan Package. The CM announced that needy families would be given financial aid under Ramadan Package, which in the meantime has been done. He directed to take effective measures to stabilize the prices, and vowed that no one will be allowed to create artificial price-hike and administrative measures will be taken to provide essential items at the fixed rates. He also announced to give one-month additional salary to doctors and other staff engaged in the treatment of coronavirus patients. Soon after assuming office, Usman Buzdar took measures to ensure equitable development of Punjab; and in his first budget it was mentioned that the money allocated for projects in South Punjab could not be used development projects elsewhere.

In just one year, the Punjab government had set up first state of the art technical university in DG Khan. Last month, he emphasized that the industries allowed to resume work will have to follow their SOPs and action will be initiated in case of any violation. He announced that four new labs have been raised, which will be made functional in the next few days after approval from Punjab Healthcare Commission. Around 56 thousand testing kits are available in Punjab and more than 46 thousand people have been tested by the Punjab government. Chief Minister Punjab had visited Depalpur, Chishtian and Sahiwal to inspect the arrangements for coronavirus patients as well as wheat procurement. At the outset, the CM visited THQ Hospital Depalpur to inspect the isolation wards for coronavirus patients and dialysis centre.

Talking on this occasion, he reiterated that sufficient resources are being made available to deal with the coronavirus pandemic. He also appreciated the services of doctors and paramedics. He also inspected the wheat procurement centre where farmers thanked him for the arrangements. The CM assured that farmers’ interest will be protected. He informed that the restriction of gardawari has been done away with. Farmers should not face any difficulty, and action will be initiated in case of any complaint, he warned. He directed to follow the relevant SOPs in letter and spirit. The CM had also chaired a high-level meeting in Okara to review arrangements relating to coronavirus situation, wheat procurement and eradication of dengue. The CM directed the parliamentarians and district officers to work hard to provide relief to the affected persons and asked them to ensure the best arrangements.