Of words, hopes and emotions 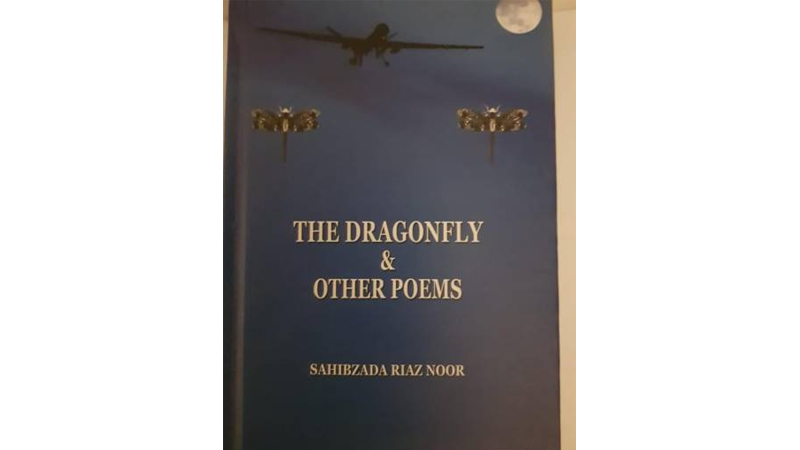 Sahibzada Riaz Noor is an acclaimed veteran poet of English and a well-reputed ex-civil servant. The book in hand is his maiden publication comprising some ninety-eight of his select poems purportedly composed in the past five years (2014-18) including the opening poem Sweet Sounds that owes its origin to the poet’s undergraduate days (1968) at the famed Edward’s College, Peshawar.

The author’s Introduction to the book is a delectable mix of personal history, experience and aesthetics, in his attempt to establish an authorial rapport with the prospective reader of the book. It recounts his incipient interest in the arts as a schoolboy when as per his own avowal things were ‘nascently amoebic’.

His romance with the arts started in earnest during his four years at Edward’s College where he came into contact with teachers of the calibre of Dr. Phil Edmund, Messrs Beads, Zaheeruddin (Maj.), Tajik, Zia ul Qamar and Shareef who groomed him not only intellectually but aesthetically also.

Renowned intellectual Ejaz Rahim, who is also a world acclaimed poet and critic of English, in his erudite prefatory note on the book, remarks: ‘Riaz Noor’s poetry reflects a number of strands that come together to be woven into his poems. A prominent strand is the poet’s encounter with nature as a source of self-awakening and a heightened consciousness of beauty. His journey begins with sensuousness and morphs into a quest for the beautiful. The sense of beauty becomes a powerful binding force both with nature and humanity. Another powerful theme is the growing awareness of loss and pain, and indeed of mutability and mortality in our lives. His poems do not turn away from the real world but come to grips with it. A prominent and recurring strain is the quest for justice and fairness in society as a deeply felt conviction. Finally all these themes converge as it were, with (sic) history itself. The entre gamut of human experience over time becomes his remit and point of reference — the high points as well as the low, the advance of knowledge as well as the retreat of compassion. His poetry is a serious encounter with different forms of power ranging from undying love to unending oppression. His poems reflect a probing into the existential, a plane where beauty and ugliness, compassion and cruelty, joy and pain, permanence and decay, never seem to go away. Poetry continues to matter in a world where the final word is not written.’

It is an apt revaluation of Riaz Noor’s poetics in the context of his publication which is the subject of this review. The modernistic element in Riaz Noor’s work owes itself to an imagistic approach that the contemporary poetic tradition has sought to evolve and espouse in the line of Gustave Flaubert (1821- 80), Rainer Maria Rilke (1875-1926), Ezra Pound (1885-1972), and TS Eliot (1888-1965). The centerpiece of the book The Dragonfly, a poem of five cantos, tends to retrace the allegorical

significance of the word ‘dragonfly’ with reference to a (haiku) poem written by Japanese poet Matsuo Basho (1644-94), titled Dragonfly Island and another by the famous English poet Alfred Tennyson (1809-92), titled The Dragon-fly. In today’s context ‘dragonfly’ is a euphemistic term for a drone (UAV – an unmanned aerial vehicle) ‘spewing fire and flame’ in the arenas of war scattered across the globe.

The elegiac tone of the poet here tends to repudiate the pretence nursed by many of us modernists that humanity was steadily progressing towards the millennium, implying instead a rather unpalatable conclusion that we were living in ‘a new dark age of barbarism and vulgarity where the arts could only survive in small islands of culture, which was no longer the possession of a securely established social class but which had to be fashioned anew by a self-chosen elite that managed to escape the spiritual degradation of a commercialized world’. In the given context the poet seems to be pronouncing out of box, a new sort of consciousness for which the traditional poetic techniques were perhaps inadequate. For the elitist modern poet the world was no longer a glorious place in harmony with man, but ‘a landscape with occasional oases’ interspersed with ‘deserts of dirt, earth-pits of the cosmos, grass on ash-pits’ et al.

The book contains an assortment of 154 poems focused on a variety of subjects enclosing the quadrangular world of humans, animals, nature and personal memoirs. Besides, many a piece is ascribed to a talented photographer friend Sami ur Rehman’s visuals that inspired him to compose it.

Riaz Noor’s style bespeaks his scholarship, artistic flair, and self-confidence. Although his romance with the Muse started rather late in the day yet he seems to have made up the loss of time by his creative immensity. His vast knowledge of the world classics together with his long but ultra- productive experience as a civil servant merging into an imaginative fecundity of a high order: all tend to invest and enrich his poetic compositions with an aura of allusiveness, textual depth and conviction. Here are some randomly chosen excerpts from the instant collection intended to enlighten the reader on the mechanics of Riaz Noor’s art and craft as a poet.

In each other’s comforting arms/Penury, life and death/Have over centuries/Lived together/In seamless calm/Posing such little harm (The Woman Brick Carrier)

Words amid hopes and emotions/Desperately clutching at each other for meaning/In the drowning churn of existence (Words, Hopes, Emotions)

Like possessed musicians entranced, everyone is to Fb/Daily treading the thin edge of want before it all ends (FB)

Albeit the fact that the above selection might appear subjective, the reviewer has ventured to provide the reader a kaleidoscopic ingress into the work, spotlighting its textual versatility and structural finesse. The poet has diffused his emotional, cerebral, and aesthetic reactions to the dilemma that life is, in his verse, his command of the language and its usage notwithstanding. And it is thus that he seems to have succeeded in ‘beguiling the scythe of time’, which is one of the prime concerns of poetry.