This era of most cutting-edge innovations and inventions in science and technology (S&T), has the potential to revolutionize governmental structures, economies, international security and wars. Emerging technologies epitomize doomsday situation and the military use of such technologies carry greater potential to fundamentally shift the balance of power. Today S&T means the intersection of Cyber and Artificial Intelligence with various emerging technologies such as nanotechnology, including meta-materials; robotics, including lethal autonomous systems; artificial intelligence and machine learning; the cognitive neurosciences; biotechnology, including synthetic and systems biology; high energy weapons; additive manufacturing called 3D printing, space weapons, and the intersection of each with information and computing technologies. Such concepts and the underlying defense needs were articulated at the multi-national level in NATO’s May 2010 New Strategic Concept paper: “Less predictable is the possibility that research breakthroughs will transform the technological battlefield .The most destructive periods of history tend to be those when the means of aggression have gained the upper hand in the art of waging war.”

According to the New America Foundation’s Future of War program technological advances are driving “changes in the nature of warfare”. But the question arises that how technological development will s shape the future of war and the state? This is one of the important questions that is causing much anxiety in both academic and policy-making circles. Nevertheless technology is being extensively used in warfare strategies to create asymmetric advantage for one actor to impose his will over another. Multiple scholars have argued asymmetry potentially gives the weak actors, advantage over the strong actor in irregular warfare, when technological advantages are employed in irregular warfare. Because the weak do not have the capability to face strong actors conventionally, they complicate the environment by operating when and where they choose, with weapons that attack weaknesses of the strong and in a manner that often are invisible to a stronger actor. 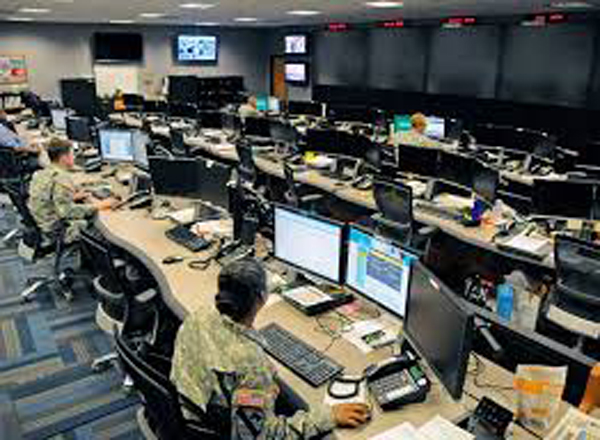 However, the shifting nature of technological progress may bring enhanced or entirely new capabilities. Many of these capabilities are no longer the exclusive domain of any of the state. Analytical assessments suggest that emerging technologies often expose the gaps within the mainstream scholarship on international security, understanding of the military technological innovation and acquisition processes, and fundamental understanding of the underlying science.

In context of South Asia currently cyber technology and Artificial intelligence are dominating the irregular warfare. Now a days war are being fought below the level of threshold, as it is evident, wars are now being fought while sitting in the rooms through computers and media (including social, print and Television) rather than in the battle fields. With the passage of time Cyber technology and Artificial intelligence has become the most sought after means for waging irregular warfare. They serve as a tool for propaganda, phishing, and data manipulation, dissemination of information, identity theft and establishment of cyber physical weapons along with Advanced Persistent threats (APTs) to be used against critical infrastructure of states. However on the other hand Artificial intelligence is also changing nature of irregular warfare because of its potential to significantly enhance intelligence, surveillance and reconnaissance (ISR) capabilities. AI-enabled satellite imagery and remote sensing may help states to interpret each other’s actions correctly which may make nature of irregular warfare more complex and ambiguous. Under the regime of Modi increased Indian intrusions in Pakistan’s sovereign assets, marked the aggressive approach of towards Pakistan. Due to Indian military modernization and acquisition of sophisticated weaponry of cyber and AI, peace and stability of South Asian region is at stake. Indian aggression and illicit breaches can lead to the wreckage of the region.

Emerging technologies will introduce new and sophisticated class of weapons that will alter the geopolitical landscape. Security issues in South Asian region will be unresolved underlying the use of potentially disruptive technologies will have acute implications for defense policy, arms control regimes, international security, regional stability and security. Currently there exist two schools of thoughts regarding the future of irregular warfare: those who are in favor of prioritizing the role of technology, and those who are skeptical and still reluctant. One must be skeptical of slipping into a technological deterministic mindset and cognizant as well. This is the belief that technology alone, being the most important factor, can determine the outbreak or outcome of conflict and this is may be true to some extent. In the coming decades states may stick to the idea that emerging technologies can be a blessing and a curse at the same time.