It has remained a historical debate that who is real hero of the Indus civilization. Some are defending Bin Qasim and some are promoting Raja Dahir as real hero of the Indus civilization. It has been unending and fruitless discussion since parties from both sides are giving valid arguments to prove their side the real hero. Let us try to give some rational, historical, logical and unbiased reasons to have a clear and transparent comparison between both of them and then find that who is a real hero. 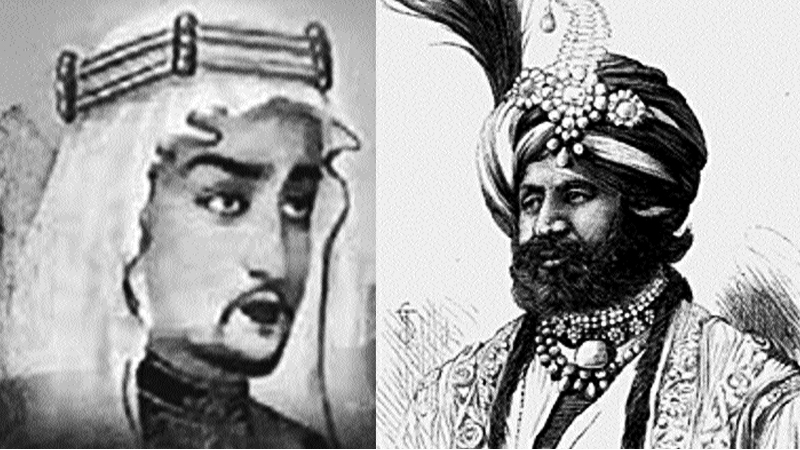 By studying history books, we come to know about the real truth of past and we also come to know about the evidences and conditions of that time and the reasons that why an incident happened and what were its consequences. But it is very unfortunate that history has been distorted because in ancient times, history used to be written on the order of the kings at that time and it must have been written in favor of those emperors. In such type of written history, all the rulers of that time have been presented as miraculous personalities, whose misdeeds are also presented as exemplary. The same way, ancient history of Indus civilization was not written by any indigenous historian, therefore, the history that has reached us was written by invaders and that is all based on fake evidences. The entire history of Indus civilization is written by Arabs as well as Muslim historians, who have remained much biased while writing facts and could not give transparent and clear picture of those times. In a very old book of history of Indus civilization, Chuchnama, it is mentioned that Raja Dahir was a very cruel, unkind ruler of Sindh who had imprisoned some beautiful women. Bin Qasim invaded Sindh in order to get released those helpless innocent girls. It really makes me smile that in order to get freed girls from jail, Arabs conquered the whole Sindh and ruled the valley for more than 300 years. It looks like a fairy tale in which one beautiful fairy of Koh Kaaf is imprisoned by a beast and the fairy raises her hands for prayer to God and God bestows a beautiful warrior prince for her help to release her from prison.

If we analyze this myth, it really compels us to think where this is this justified to attack any country for few girls and loot their whole wealth, grab their treasures, destroy their sacred places, rape thousands of innocent girls, and assassinate thousands of guiltless people. Thousands of Sindhi girls were sold out in Arab bazaars and children were made slave. Arabs not only attacked the Indus valley but they continued their conquests from Iraq and Iran to Sindh and from Syria to Roman Empire as well as Spain; once, half of Europe was under the rule of Arabs. I am pretty sure that there were no any innocent girls imprisoned by all of these rulers wherever Arabs attacked.

I think this argument looks same as the USA gave in 2001 that Muslims destroyed two buildings of the USA, therefore two Muslim countries (Afghanistan and Iraq) be attacked and destroyed completely. Sometimes, even there is no need to create any logical reason for attack and influential parties just attack and destroy everything which may come in their path. Alexander and Changez Khan started their journeys to invade the world and thus millions of people were murdered, thousands of women were raped and millions of properties were destroyed. There was no logic for them to attack other peaceful countries.

Some of us believe that Ibne Qasim attacked Sindh in the name of Islam and his intention was just to spread religion of God. For this, I would cite here two verses from Holy Quran which show us the real essence of Islam.

Some of us believe that Ibne Qasim attacked Sindh in the name of Islam and his intention was just to spread religion of God. For this, I would cite here two verses from Holy Quran which show us the real essence of Islam

(there is no any compulsion in religion)

(Your religion is for yours and mine is for me)

These two versus clearly explain that religion must not be spread by sword but it may be taught by person’s own good behavior and good morals. If the Umayyad were so true lovers to the religion Islam, there must not have occurred brutal incident of Karbala in which offspring of the Holy Prophet was slaughtered and their women were bedraggled in streets. Even though, the history tells us clearly that majority of unbelievers have turned to Islam not by the sword but by the preaching of Sufis and saints.

One thing must be clear that all invaders attack other countries only for power and money. It was just the lust of treasure buried in Somnath temple due to which Mehmood Ghaznawi attacked it for 17 times and at last it succeeded and looted gold, pearls and wealth of the temple, even though he made 17 attempts to conquer it but he never bothered to perform Umra or Haj in his whole life.

The people of Indian subcontinent have an amazing mental level. Our heroes are those who are notorious as villains in all over the world. From Hajaj Bin Yousuf to Nadir Shah, from Mehmood Ghaznavi to Ahmed Shah Abdali who all were just robbers, we have created them as warriors on the right side. It is really pity that those brave and bold rulers who fought for their country and for the freedom of their people till their last drop of blood, are presented in history as “Rakhshas”.

Raja Dahir could have run away to save his life but he did not and he fought against Arabs till his last breath and was finally martyred along with his sons for the sovereignty of his motherland. He is, however, portrayed negatively in history chapters while the outsiders who attacked our motherland just for power and money have been made real heroes.

Let us change our approach toward indigenous rulers and outsider invaders.