Heading towards an alternative economic model

Covid-19 has brought a grinding halt to international trade and commerce, which had reached its peak in the first two decades of the 21st century. Most economic experts consider this economic slow-down momentary and short-lived. However, another class envisions the long-term implications of this deadly pandemic on the global merchandise trade. As per estimates of the World Bank, global merchandise trade in term of the volume was $16.4 trillion in 2016, which is thrice more than what it was in 1990.

In terms of Foreign Direct Investment (FDI), which is highly intertwined with trade, there were a seven times increase noted for the abovementioned duration. In 2018, the world’s merchandise exports totalled $19.48 trillion, an increase of over 10 per cent from the last two years. For the year 2020 and maybe till 2022, the global merchandise trade may suffer severe losses owing to surreptitious economic war between the US and China, which seems unending. Besides, Covid-19 has greatly hampered the global economic flow since there is a lockdown everywhere and economic activities have ceased. The merchandise or goods trade are transactions that involve the transfer of the ownership of a tangible and moveable object from a seller to a buyer. In the process, consumers are benefitting from service providers and service providers benefit from the consumers.

The two-way flow of the global economy depends on many enhancing factors; connectivity through infrastructural development and technological advancement being the key elements. Comparing the various phases of the international economy since the 1950s, it is widely agreed that regional and global connectivity through integration, coupled with technological advancements, has brought new economic revolution at the global level. The economic integration has connected the economies of the developed world with that of underdeveloped and developing countries. Today, developing countries have expanded their participation in “both trade and investment flows;” experiencing high and sustained growth; reducing the number of people living in extreme poverty to a greater extent. 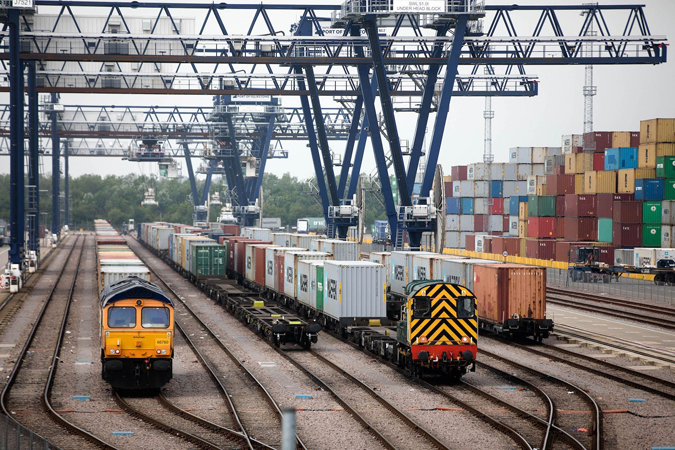 It is an easily understood phenomenon since economically rich countries would never like the dividends of economic integration reaching over to poor countries through globalisation. This is, indeed, the essence of capitalism in which money flows among the wealthy states and people while the world, which provides most of the raw material remains under never-ending exploitation. The rich industrialist states take away the raw material at a cheaper rate; leaving the global south in extreme poverty. There is a likewise exploitation of the cheap labour (manpower) from the developing and underdeveloped world. The net result always holds that developing and the under-developed countries suffer while their economies run on loans provided by the IMF, World Bank and other rich countries at a very high profit rate.

The Chinese economic initiatives launched through its gigantic Belt and Road Initiative (BRI) project has provided a recipe for the promotion of global economic integration, extensively linking the economies of global north with that of the global south. Such connectivity has never been envisaged, planned and implemented by the rich countries of the west since their disk of economic development remained spinning around the closed sphere of capitalism. In this capitalist developmental model, European and North American economies grew in size while the rest of the world (the Asian and African continents) continued with their average economic growth.

In becoming the global economic might, Europe and America enticed the poor manpower and raw material from Asia, Africa and even South American continents. Therefore, the human resource and raw material from these continents have contributed greatly towards the uplift of the Trans-Atlantic economic development. The countries of the global south could see a ray of hope in the economic developmental model, presented by China since last few decades. While being part of the developing world, Beijing adopted an economic model which essentially operated through a cooperative mechanism, taking on board all the stakeholders, a mutually beneficial model through a win-win approach.

With President Xi Jingping at the driving seat in Beijing, there appeared more indication for further enhancement of economic cooperation; extending it to some of the western capitals, traditionally bounded in capitalism. While Belt and Road Initiative is rolling its way, President Xi Jinping envisioned: “China will actively promote international cooperation through the Belt and Road Initiative. In doing so, we hope to achieve policy, infrastructure, trade, financial, and people-to-people connectivity and thus build a new platform for international co-operation to create new drivers of shared development”.

Any man-made system is never perfect, nonetheless, the developing and underdeveloped world is more tempted towards a cooperative and all-inclusive economic model. The developments that have taken place since Chinese control of Covid-19 in its Wuhan city and its an un-proportionate spread in Europe and America indicate a shift, both in the global governance system and global economy. Therefore, the leading hypothesis is; the post-COVID-19 world may witness a changed international economic model away from the traditionally dominant capitalist world.

The writer is a professor of Politics and IR at the International Islamic University, Islamabad