Pandemic, Neoliberalism and the Betrayal of Pakistani Elite!

While the Italian mafia is helping its countrymen with food supplies, Pakistan’s elite (politico-economic beneficiaries) seems to be on the strike; having abandoned its people into the lurch. It may be a politically incorrect analogy but it still compels people to take a pause and knit their relationship with the rulers using the threads of political morality and social responsibility.

Today, when a perfect storm (with its health and economic consequences) has struck in the form of COVID 19, the elite has lost contact with its workforce that created wealth over the years. Under the neoliberal economic model of Laissez-faire, they earned billions with almost no state regulations at the expense of the state’s human and material resources. They took everything away from the state in the name of privatisation and liberalisation; leaving state capacity compromised and society afflicted with massive income disparity. But they shrug their shoulders in times when both needed it the most. Their over-emphasis on “state should not intervene into economic affairs,” and if it wished to, go for public-private partnership, has destroyed the concept of state monopoly and its economic capacity for the benefits of its subjects.

COVID-19 has exposed the shallowness of this thinking and the subjects are now trapped between a deadly pandemic and a drained state. The point is where do the ordinary people stand today? Wearied by the state and betrayed by the insatiable economic elite-who manipulates policies and manoeuvres outcomes remorselessly to their own advantage. They have fired thousands only to go hungry with their families. The irony is, as legendary philosopher Slavoj Zizek postulated, the state itself, instead of recognising its responsibilities, is making its subjects feel ashamed for not paying taxes, not being literate and not following government restrictions during lockdowns.

People look to the state expecting it to dispense its constitutional obligations. Unfortunately, in the case of Pakistan, it has abdicated its responsibility in favour of philanthropy. This is a moral realm, whereas states are required to operate in the political domain. It must levy taxes, which is a democratic phenomenon with a sense of accountability and responsibility; not philanthropy, which is monarchic-that requires the naming of the projects after the name of donors. Adding insult to the injury, in Pakistan, even tax money is used to glorify certain political figures.

Coronavirus has exposed the dilapidated health infrastructure. Perhaps better health facilities were never envisioned, as rulers could use public funds for their own medical care from abroad. Best explained by Jean Baudrillard, treatment from abroad represents a difference that ensures superiority over commoners in hierarchic social relations. 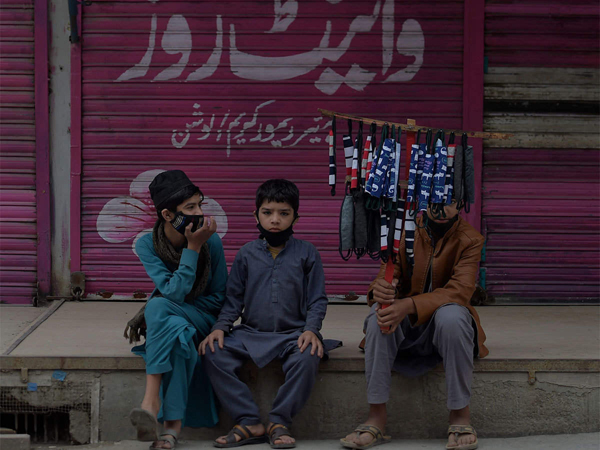 In neoliberal economics, states are required to save [privately owned] industries and businesses; a perfect depiction of privatisation of profit and socialisation of loss. Correspondingly, post-pandemic bailouts will be given to the very elite that during the crisis, instead of sharing the burden, put more on the state by firing the workforce from their enterprises. They have given donations during a crisis only for profiteering with renewed intensity and impunity. This is the dirty face of neoliberalism that takes everything away from state and society and pays nothing in return.

Learning from this corona precedent, the greedy elite should not be allowed to turn the calamity into an opportunity for their fratricidal calamity capitalism with post-calamity tax cuts. Many European governments appear to be taking the control (they do not admit it as nationalisation) of railways, health and few production industries to ensure public interest. The intriguing questions remain to be seen, “what is right in the times of crisis, why cannot be accepted as right during the times of normalcy?” in the case of Pakistan, “why cannot government keep health, housing, and education with itself that benefit people instead of big businesses?”

The state must keep these basic provisions with itself that may deem as “smart socialism,” however for “smart solutions.”

This transformation is not impossible anymore, as it was lately. Neoliberal appeal is receding, the US lacks the will to enforce neoliberal policies, and above all the global context has been evolving. States and societies are adjusting to their immediate needs and environment locally, not to the imperatives of the international system globally. History guides how crises allow alternate solutions for the existing problems and ensure a better successive paradigm. Thus, it is the crisis that produces real change as the impossible suddenly starts to look possible and politically inevitable. Closing eyes to such crises brings nothing but worst of its forms.

The writer is a PhD candidate at NDU, Islamabad, and an independent researcher on terrorism and security.