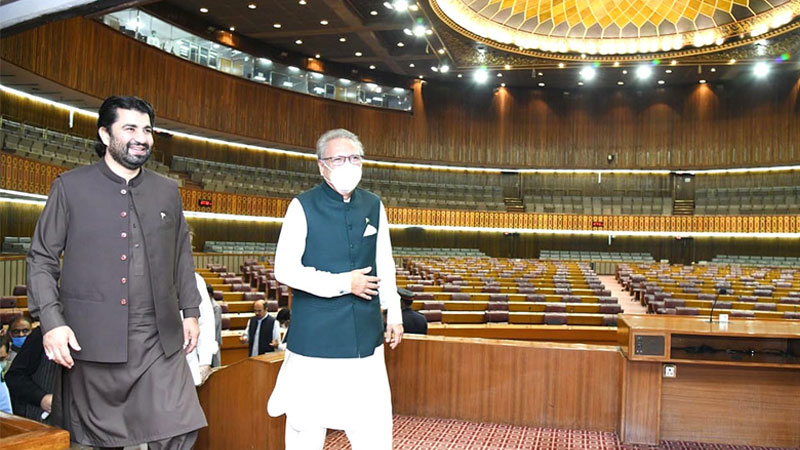 Speaking at a media briefing, the chief minister, however, said there will be a ‘100% lockdown’ on Saturdays and Sundays in the provinces. He said industries related to the constructions sector will operate as per SOPs issued by the government.

The chief minister said that shops will stay open from early morning till 5pm and selected outpatient departments (OPDs) in hospitals will also resume services. He said the provincial government has already allowed 660 factories to resume operations on the Centre’s instructions. He said neighbourhood shops, except shopping centres and departmental stores, will also be allowed to do business.

The province observed complete lockdown till 03:00 pm on Friday as only three to five persons were allowed to offer prayers at mosques. The provincial government had issued directives to the people asking them to stay at home.

Talking to a private TV channel, Sindh Information and Local Government Minister Nasir Hussain Shah said the provincial government has reservations over the Centre’s decision to lift lockdown but it will follow Prime Minister Imran Khan in country’s interest.

On the other hand, the Punjab government has further relaxed the lockdown as Chief Minister Sardar Usaman Buzdar said that more industries and relevant businesses will reopen from Saturday. Small markets will remain open from Fajar to 05:00 pm five days a week; OPDs of hospitals will remain functional while educational institutions will stay closed, he added.

The Khyber Pakhtunkhwa government Friday announced further easing of lockdown in the province to facilitate the economic activities. According to an official notification, the provincial government has allowed all shops to remain open four days a week. Apart from shops selling daily use items, all businesses will remain closed from Friday to Sunday. The businesses have been allowed to operate until 4pm.

The KP government said it will follow guidelines issued by the federal government. Information adviser Ajmal Wazir said that schools, industries and other sectors will open in line with the Centre’s policy. He said that if SOPs are not followed, the businesses will be sealed. He said construction and other business sectors will be completely opened in a phased manner.

While criticising the ruling PPP government in Sindh, the adviser asked Bilawal Bhutto to focus on those affected by the coronavirus in his province rather than engage in politicking.

Meanwhile, the Peshawar High Court’s Mingora Bench has been closed down with immediate effect on the recommendations of the district health officer in an effort to curtail the Covid-19 outbreak. According to a notification, the bench will remain closed till May 17. The decision has been taken after several employees had tested positive for the virus.

In Balochistan, Chief Minister Jam Kamal Khan at a high level meeting held in Quetta on Friday reviewed the current lockdown situation in the province and other coronavirus related issues. It was agreed during the meeting to give some relaxation in lockdown for one weak and traders will also be taken into confidence in this regard. The meeting directed to set up Provincial Command and Operations Centre to eradicate locusts. It was also decided that Eid-ul-Fitr would be celebrated with utmost simplicity at the official level.

Balochistan government spokesperson Liaquat Shahwani said that the province will now begin enforcing a ‘smart lockdown’ to curb the spread of the coronavirus. In a tweet, he said that markets will open at 3am. “All traders and shopkeepers will have to enforce the standard operating procedures outlined by the government.” Action will be taken against those violating these directives, he said.