In 2010, through the Eighteenth Constitutional Amendment, all the four provinces entombed the de facto unitary form of government and actualized the dream of provincial autonomy promised to them while framing the 1973 Constitution. Ironically, after a decade, the issue is back to square one: the call is that the amendment has to be reversed, fully or partly. The pretext is that the Centre feels too squeezed financially to run the federal affairs.

The second ruse deployed was more direct and scathing: the parliament did not debate the Eighteenth Amendment. In January 2019, ex-Chief Justice Mian Saqib Nisar upped the ante of controversy by saying that the Upper and Lower Houses did not hold any debate before passing the Eighteenth Amendment related to the devolution of powers to the provinces, particularly those which were related to health and education sectors and hence the SC would interpret it. That is, the amendment had not passed a given test of legitimacy and hence it could be disrespected. Resultantly, a bench of the SC wrested the control of four hospitals from Sindh and handed it over to the federation. The verdict mentioned that it was justified to do so because the Eighteenth Amendment had not prevented the federal government from opening healthcare facilities in any province. The verdict meant three things. First, the verdict empowered the federal government to establish a parallel healthcare system in the provinces. Second, the verdict interpreted the amendment as if it were law which, if it did not prohibit, meant it permitted. Third, the verdict discounted the significance of the term provincial autonomy. The point is simple: If the federation can intervene to establish its own institutions in the provinces without their permission, the agency of provincial autonomy stands dissolved. 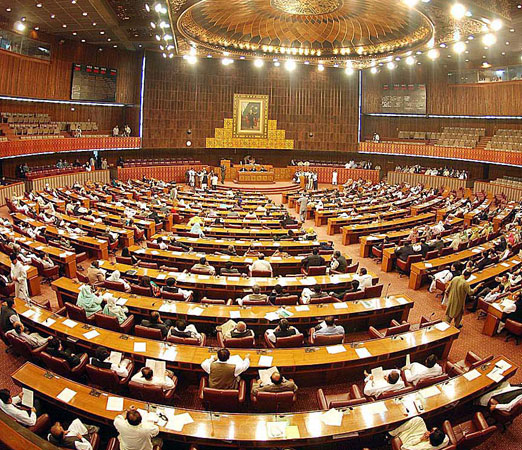 Both incidents indicate that in principle the SC is ready to either strike down the Eighteenth Amendment or interpret it in a way that permits the federation to have more powers than it is enjoying presently. Against this background, the major vulnerable area to assail is the National Finance Commission (NFC) Award.

Now, the Centre has to perform five main functions: service the foreign debt, meet the defence expenditures, provide funds to Gilgit-Baltistan and Azad Jammu and Kashmir, run the federal ministries falling under the Federal List and meet the expenses of the federal capital. The major chunk of share is consumed by debt servicing and defence expenditures. At the core of the effort for reviewing the Eighteenth Amendment is not the issue of health or education but the reduced amount of funds available to the federation to deliver on its responsibilities.

The problems with the federation are two. First, for sixty-three years (from 1947 to 2010), it kept burgeoning to oversize itself. Islamabad is no more a capital city. It is a province. The bureaucrats are reluctant to leave Islamabad and serve the provinces. Life style and living standards have taken precedence over serving one’s duty outside Islamabad. Second, for sixty-three years, things settled for a centralized authority: the unity of command. The federal government could run the country easily from Islamabad. Similarly, a martial law administrator could also control the country from Islamabad by selectively abrogating the constitution through a legal framework order. Under the Eighteenth Amendment, it is not only the bulge of Article 6 that acts as a bulwark against the escapade of a military dictator, but it is also the negation of a centralized authority to run the country that discourages the feat of martial law.

If the federal government devalues Pakistan’s currency against the US dollar, the foreign debt scales up automatically. The devaluation done by the incumbent government has created more problems than solutions. It means that the federation has to take careful, calculated steps on the financial ground before it trips over an obstacle.

Before May 1998, the federal governments kept on convincing the people that an increase in defence budget was imperative to balance the belligerent posture of India. Pakistan conducted the nuclear tests of May 1998 under the rubric of having a deterrence-based nuclear doctrine. The extension of the doctrine was to have a small, smart army with reduced defence expenditures. The justification given by defence analysts was that the nuclear deterrence had ruled out a war with India. The Kargil war of 1999 was cited as an example. It seems that, in 2020, the narrative has expired. Now, the argument thrown is that Pakistan has to ramp up its defence expenditures yearly because India does so. It means that there is no end to the arms race between India and Pakistan whether or not Pakistan sustains the financial pressure.

The over-grown civic sense in people for their benefit, especially after the 2014 sit-in, has left little room for extracting expenditures from public welfare. Provincial infrastructure has to be developed instead of denying provinces their financial share. The Centre has to content with whatever is available under the Eighteenth Amendment.

Dr Hamid Ashraf is a professor of political science. drhamidashraf@yahoo.com