Labour Day is a capitalist holiday

Capitalism is an economic system that promotes private ownership. It is the most prevalent system in the world. Statistics show that there are 93 multinationals in the world which control the world economy and political system as well. 99% of the world population is created to serve the remaining 1%. This is really unjust and is the exploitation of fundamental human rights. In the world, 734 million people are spending their lives in absolute poverty. Nearly half of the world population is earning $5.50 per day. In the world, 2,153 billionaires have more wealth than 60% of the world population that is around 4.6 billion people. Interestingly, 26 richest people have more wealth and assets than 50% of the poorest in the world which are around 3.8 billion. In the last decade, the number of billionaire is doubled. This is the blessing of capitalism.

One of the most common criticisms and an old claim on the capitalism is that it exploits workers. But capitalism provides opportunities to everybody to become rich. It has been observed that most of the people in the world want to become capitalist but they abuse capitalism too. They abuse it until they become capitalists. In the world, there are many examples in which poor became rich. But the reality is capitalism contains exploitation of the workers. It is important to note that exploitation in capitalism refers to take unfair advantage from the workers. Capitalist takes the benefit of others vulnerability and it is not always morally wrong. .

On Labour Day, many labourers have to work; it is really depressing that how this day goes without a holiday for laborers but a holiday for white collar workers and executives

The most victimized labour of this exploitation is sweatshop labour. The sweatshops are the manual workers who work for long hours against low wage under poor conditions. Marx has given the larger context of the exploitation and he concludes that all working class people are exploited by the capitalist. In slavery, slave is forced to work for the master who just provides him enough to keep him alive and all the fruits are appropriated by the owner. Capitalists never want to pay workers close to the value of their work what they have done or produced. Due to the competitive environment, now capitalists are paying better to the workers but still the labour class is depriving.

In this system, workers have no choice other than selling their labour to capitalists to ensure their survival. The working class’s first priority is to survive so they tend to work for the survival of their families and themselves. The system compels the people to work and avoid starvation. It’s good to work but it’s bad to exploit those workers. It is not only capitalism that demands man to work for survival but nature forces man to work too. According to the nature, it is mandatory that human engage himself in productive work to obtain food for his survival even on a desert island. I can simply say that food cannot fall into the mouth without effort. 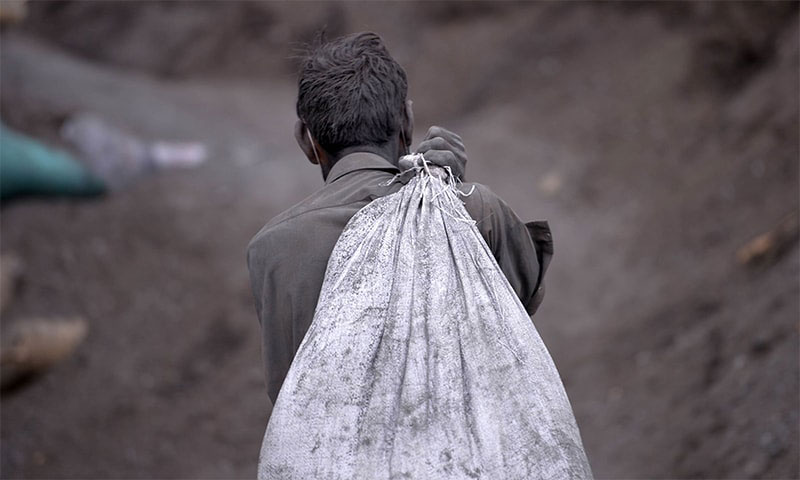 Work has been there before capitalism, before money and even before markets. After capitalism, individual capitalists have huge amount of money that would be invested in the business that ultimately used to increase their profits. The capitalist nation is determined by the free market and through this economic system both prices and productions are controlled by the corporations and private companies. These corporations have main focus on private property, freedom of choice, limited government interventions and economic growth. Even the political systems are also pro-capitalist. In other words, capitalists play the most important role to pursue the government action.

Capitalism is all about ‘Greed is good’ and pro-capitalists take it as a positive thing because according to them, greed leads to profit, profit leads to innovation and innovation is product development; that is meant there are many choices available for the people who can afford them. The anti-capitalist narrative is entirely different, according to them, capitalism is brutal and exploitative that squashes the proletariat class in favor of filling the rich’s wallets. They also believe that capitalism is inhuman, ruthless, antidemocratic, indefensible, unsustainable and profoundly exploitive. But the benefiters of capitalism are strong enough and they have control over the masses. As Marx stated that “Just as man is governed, in religion, by the products of his own brain, so, in capitalist production, he is governed by the products of his own hand.”

Across the globe, each year public take to streets to commemorate the International Labour’s Day. In most of the countries, Labour Day is an official holiday. On May 1, from all over the world; progressive youth and trade unionists come out to for radical politics and solidarity. There is a question; is Labour Day against the capitalism?

On Labour Day, many labourers have to work; it is really depressing that how this day goes without a holiday for laborers but a holiday for white collar workers and executives. The Labour Day is not an act against the capitalism but this day is celebrated to get maximum rights from capitalists. Labour Day’s history explained that workers felt they were giving many hours and days to their jobs so it must be reduced. Ultimately, eight hours a day is the product of Labor Day. Working days were also reduced to six days. Interestedly, most of the capitalists were in favor to give more time off to the laboures for better productivity. Another important aspect behind the increase in time off was to create more consumers for their products.

In early 1900s people had less free time to spend their earnings on entertainment, shopping and travelling. Capitalists gain the advantage of shortening work week and hours to turn the working class into the consuming class.

Now, it has become a confused holiday with no associated customs and rituals. In the current scenario, if somebody works all the time and never take a holiday, there must be a new ritual that honors the real spirit of Labour Day; otherwise there is no appropriate use this day. In nutshell, now Labour Day is a capitalist holiday.

Once Trump said, “Labour is great but really without capital, labour is just slavery”.

The writer is a PhD scholar and author of various books on international relations, criminology and gender studies. He can be reached at fastian.mentor@gmail.com