Has Pakistan lost the war against coronavirus?

I’m one of the lucky few who have been able to stay at home while my assistants are also working from their homes. Fortunately they live in localities where practically no cases of coronavirus have surfaced (on the other hand, DHA, where I live, has many infected residents and we have been told to stay at home as much as possible). So I have kept abreast of my business and I have also been able to exercise daily and absorb much needed sunlight. I meet men coming out of the nearby mosque, none of them wearing masks or maintaining the six feet distance between themselves which is required to prevent the spread of the disease. When I admonish them, they laugh and say, “Imran Khan himself doesn’t wear a mask when he meets his ministers, and the lady health minister neither wore a mask nor did she maintain distance, while she was coughing away all the time”. 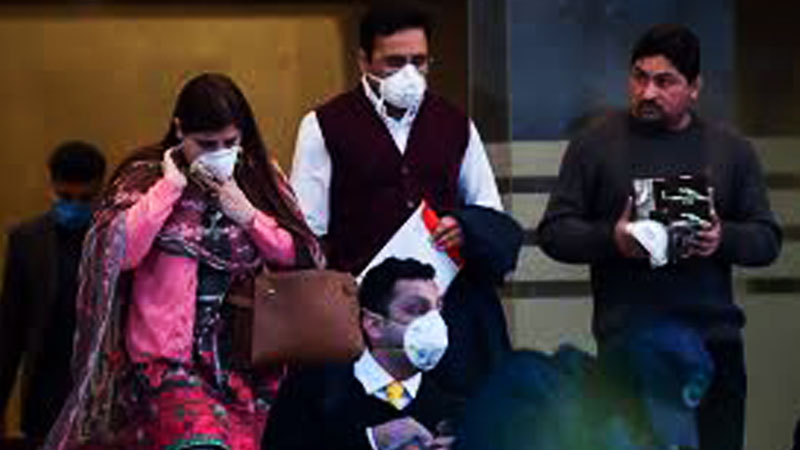 Today I called my driver and went around parts of Clifton, Burns Road and DHA to see for myself whether people were following the recently relaxed directives imposed by the government. What I saw shocked me no end. There were many cars on the roads, almost the same number that was normal in the pre-corona period. Very few car drivers and passengers wore masks, and the same was the case with policemen who are supposed to enforce the law. The traffic cops of course were more interested in catching those who were going through red lights or didn’t have licenses. It seems they don’t think we are in the midst of a serious crisis, like some people I’ve met who think this corona virus thing is a conspiracy to make Muslims stray from the right path. Even if a vaccine is developed, they will be highly suspicious, like those of our countrymen who think the polio vaccine will make them infertile.

My neighbors who regularly pray in the nearby mosque together with possibly many infected ones use the elevators in my apartment complex. All that is necessary for others to get infected is to touch something they have touched, or to be in the lift immediately after they’ve used it

This brings me to those who insist on offering congregational prayers (taraveeh) in the holy month, as they have been doing on Fridays. How can you convince such people that they pose a danger to others, if not to their own families? It is said that about half of those who test positive display no symptoms, they only find out they are infected when tested. They simply cannot believe that the disease is serious. They don’t realize that even though they are not in danger, they can infect others. My neighbors who regularly pray in the nearby mosque together with possibly many infected ones use the elevators in my apartment complex. All that is necessary for others to get infected is to touch something they have touched, or to be in the lift immediately after they’ve used it. But when I point this out to them, they simply laugh. “You’re paranoid, sir,” says one of them. “How do you know your driver or the cooks and other maids who work for you haven’t been infected?” It’s also evident that who are fifty and above will not pray at home (as required by the authorities), since more than half of those who pray in mosques are senior citizens.

Some eminent Karachi doctors today appealed to the government to strictly enforce the lockdown again, warning that otherwise there won’t be enough health personnel to treat the thousands of sick people who will show up in hospitals in the coming days. Around the same time, the TV showed the Sindh Governor Imran Ismail violating all SOPs while freely mingling among his three hundred guests in Matiari and eating with them, as though they’ve never heard of the dreaded virus. Just like those shopkeepers who defied the government and reopened their shops today (some of them were arrested, but again, the Sindh governor told the police to release them). It seems the PTI and the Sindh government do not agree on how to enforce the lockdown. I hope the authorities will not cow down to demands of shopkeepers who want to reap rich harvests in this Ramazan (they earn more in the holy month than in the other eleven months combined). I hope Imran Khan and his advisers have the strength to resist shopkeepers and others who defy the lockdown, particularly the religious lobby which consists of so-called scholars who have no background in science and who believe that only they are the chosen ones to decide what is right or wrong. But the recent surrender by the government makes me pessimistic. It looks like we’ve already lost the war against the dreaded virus.