President Ghani: between the devil and the blue deep sea

Exactly five years before in April 2015, I wrote an article titled ‘Ghani, in quest of peace’ when President Ghani was really in search of peace with the Taliban to overcome the labyrinthine security situation in the country. He had offered the governorship of three southern provinces: Nimruz, Helmand, and Kandahar to the Taliban in 2015. However today, President Ghani has that chance (to achieve peace with the Taliban) in hand, yet he seems between the devil and the blue deep sea. He cannot or does not want to make any clear decision vis-à-vis intra-Afghan talks with the Taliban.

In his first term as president, he paid a first official visit to Pakistan. He visited both Islamabad and Rawalpindi – a gesture to cooperate with Pakistan’s civil-military leadership for bringing peace to Afghanistan through a dialogue with the Taliban. He wanted to mend the entire spectrum of issues with Islamabad too. He took many decisions which were not acceptable to Delhi. His course of action got changed in a month and started the traditional blame game against Pakistan by the mid of 2015.

The recent developments in Doha between the US and the Taliban, in one way or the other, were not acceptable to Kabul administration due to several reasons. When the Taliban and the US concluded the Doha agreement, the next day, Ghani issued a statement – we haven’t decided to release 5,000 prisoners. That announcement shocked the world, including the US, the Taliban, and other countries involved in the process. The reason that Kabul was on-board when the US was negotiating with the Taliban and US Special Representative, Zalmay Khalilzad was frequently visiting Kabul and updated the Afghan government regarding the developments.

Although Kabul was not happy over what the US was doing via-a-vis peace with the Taliban, however, it could not resist the US, which it could not afford and lead them to a frustrating situation they are in today. That frustration, we see in the attitude of Ghani administration these days. The prisoner’s release was, according to the agreement concluded between the US and Taliban, a pre-requisite. The date for the intra-Afghan talks to start was March 10 however, the non-seriousness of Kabul administration delayed this process and still, it is stalled. 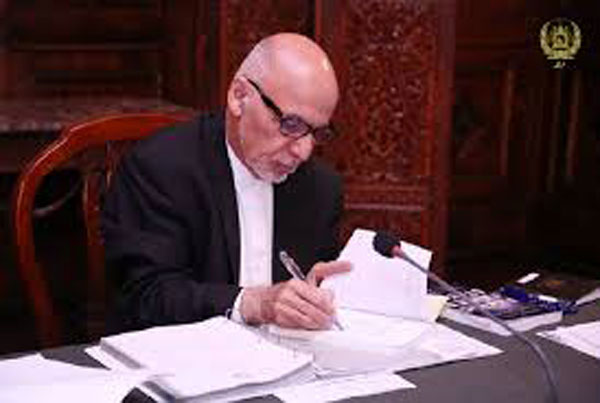 Ashraf Ghani and his administration see if we talk to the Taliban, they are in a powerful position and will result in dominance in the negotiations. And thus, will benefit from many gains, and the Kabul administration position will become weak if there is a power-sharing. This indicates the selfish nature of the current Kabul administration, where they prefer their governmental positions over peace while making hollow claims to bring peace. Taliban are repeatedly saying if Ashraf Ghani is dedicated to peace, release our prisoners, we are ready to start intra-Afghan talks.

Earlier, in the Taliban period from 1996 to 2001, there was a ban on women’s participation in government, jobs, and education, However, now the Taliban are ready to give women their due rights and even ready to include them in the intra-Afghan talks. In an unexpected and surprising move, they appointed a Shia Hazara commander as a district chief in the Sae-i-Pul province a couple of days before. The group is now much more moderated as compared to the 1990s. They have now Tajik commanders and the recent move of Shia commander is a new development – that will make their position strong.

Ashraf Ghani is making the same blunder the US did after they attacked Afghanistan when Pakistan suggested making peace with the Taliban and mainstream them in 2002. The US didn’t pay any heed. When the neo-Taliban insurgency started in 2004, the US got worried yet started more robust military efforts to dismantle the Taliban till Obama became president. The US after eight years of the war saw the Taliban cannot be defeated by military means thus preferred to talk to them. President Obama started talks with the Taliban that after a decade led them to a peace deal that the Afghan government now wants to derail.

President Ghani is now between the devil and the blue deep sea: neither he and his cabinet can tolerate the Taliban as a part of the Afghan government that will happen as a result of intra-Afghan negotiations nor they can combat them. Consequently, the Afghan population is suffering. The only slight hope with the Afghan government is the foreign troops who will provide them with security. Nonetheless, Trump is clear about troops’ withdrawal. He once told media: we will not be there for a lifetime. They (the Afghans) will have to handle their security situation.