Dystopian and speculative literature inspires us to cope with COVID-19

* Thus, in the time of uncertainty and desolation, when we practice social distancing and isolation to flatten the curve, literature provides us with solace, companionship and comfort 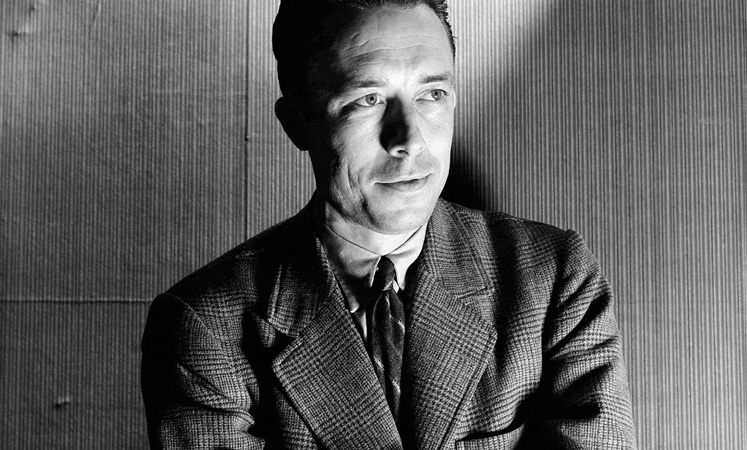 The conceivable prescient books by notable authors in literature, narrated the theme of isolation, community and love. And in this respect, they are relatable excessively to our present situation with a hope that we all have been through this before and we survived.

Defoe describes that the spread of the disease and the death notices circulated an ominous aura across the busy city of London and how the government of the day imposed restrictions which highlight the present-day lockdown situation. Defoe writes ‘all public feasting, and particularly by the companies of this city and dinners at taverns, ale-houses and other places of common entertainment, be forborne till further order and allowance’ which reflects the modern-day social distancing to curb the spread of the virus

Thus, in the time of uncertainty and desolation, when we practice social distancing and isolation to flatten the curve, literature provides us with solace, companionship and comfort. And the best thing about these pandemic novels is that they allow us to realistically pass through the chronological progression. As we all pass from the signals of worst times to the return to normalcy in these books, we keep our fingers crossed for the new day to begin soon. Let us have a look at the writings of prominent authors and draw parallels with the present situation we are grappled with: 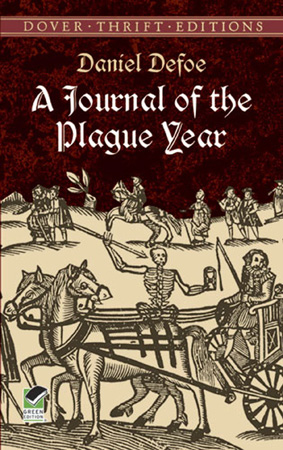 THE JOURNAL OF THE PLAGUE YEAR BY DANIEL DEFOE — to make sense of the catastrophe of the present-day Covid-19, this novel by highlighting the events of the 1660s in London will make us go back in time. Thus, we will recall our responses with the initial shocks and the unprecedented spread of virus depicted in the book. Defoe describes that the spread of the disease and the death notices circulated an ominous aura across the busy city of London and how the government of the day imposed restrictions which highlight the present-day Lockdown situation. Defoe writes “all public feasting, and particularly by the companies of this city, and dinners at taverns, ale-houses, and other places of common entertainment, be forborne till further order and allowance” which reflects the modern-day social distancing to curb the spread of the virus.

As Defoe takes the snapshot of the plague as it reached its pinnacle and turned “violent and terrible” with each passing day, engulfing families, the hustle and bustle of the streets, and then it began to lose its intensity and vigour which resulted in the recovery of the sick and the return of the health of the city. Defoe asserts that the spreading of the contagion is a natural phenomenon, causing the people to see both the worst and the best days and the gathering of the people “along the streets giving God thanks for their deliverance”, reflects their dependency to seek refuge in the higher power.

THE PLAGUE BY ALBERT CAMUS — this book is the reflection of today’s crisis and the reader would doubt Albert Camus for having a peek in the future way back in the 19th century. The shutting of the City of Oran in Algeria and the heroic role played by the frontline players make this book a must-read in this situation. The discreet valour of the medical health practitioners is highlighted through these lines of the book: “I have no idea what’s awaiting me, or what will happen when this all ends. For the moment I know this: there are sick people and they need curing” and they pay tribute to our healthcare workers and doctors who are working selflessly at this critical point of the hour. As we are sure that once the Covid-19 patients recover, they, just like the plague survivors would bear testimony to the fact; “They knew now that if there is one thing one can always yearn for, and sometimes attain, it is human love.”

PALE HORSE BY KATHERINE PORTER — the book, “Pale Horse” by Katherine Porters portrays the events of the 1918 Spanish influenza and particularly deals with the horrors and devastations caused by “social distancing” and the fevers and medications. The persona Miranda narrates her experience of being caught by the deadly flu and how it took a toll on her especially through the most poignant lines; “It took me a long time to go out and live in the world again. I was really ‘alienated’ in the pure sense.”

THE YEAR OF THE FLOOD BY MARGARET ATWOOD — the book that is full rich literary devices and symbols, describes the wave of twenty-first-century epidemics, as the “waterless flood” which when travelled in the air looked as if it had wings and when travelled through cities burned everything leaving behind ashes.

Moreover, what makes this pandemic fiction so interesting to read and reflect is that it depicts the fight of humans against an inconceivable enemy. With the situation nuanced, it is apparent that there are no good and bad boys. And each character has equal chances of winning. And most importantly, what makes the captivating grist for the reader and the novelist is the dynamic range of individual responses in the grave circumstances.

STATION 11 BY EMILY ST JOHN MANDEL — this novel amalgamates multiple genres to give the reads the holistic and universal view of the spread of deadly diseases and how they wiped off population in extreme numbers. Although the setting is in Georgia, the novel carries echoes of the Chaucer’s Canterberry Tales that were set at the backdrop of the Black Death and the archipelago of Shakespeare plays; “The Midsummer Night Dream’ and “King Lear” holding a mirror to the deadly plague during Shakespearean Era that leads to Shakespeare writing these two famous plays when the city was forced to go into isolation. More than that, the recurrent reference of “Station eleven” where the characters met after twenty years since the outbreak of the virus spoke volumes about how the world will look or rebuild itself after the catastrophe. As we go through these books, we will find them as great reference material to deal with the situation we are all grappled with. We will find multiple parallels with our present-day lives and the chronicle of events will allow us to give meaning to our lives and propel us to contribute positively through art and writing.

The writer is a teacher, a freelance writer and blogger. She can be reached at hadia.mukhtar92@gmail.com