The story of an editor of Indian origin has appeared in the global press, who has been accused of working for Indian intelligence agencies, attempting to use the money for covertly persuading and manipulating Canadian politicians to bolster the Indian overseas interests. This news disseminated by the official arm of Canadian broadcaster Global Television Network.

This is not the first occasion that an Indian spy at the official helm has been caught red-handed and leaves little doubt that these operatives are functioning overseas in quite substantial numbers. Indian secret service RAW agent, Kulbhushan Yadav alias Hussein Mubarak Patel, who was entangled in espionage operations and destabilization of the state of Pakistan, is not the first spy in global history to have nabbed red-handed in Balochistan.

The report demonstrates how the spy disguised as a journalist was trying to penetrate the vitals of Canadian society and to influence the public opinion. The Indian involvement came to fore when Canadian authorities investigated the credentials of the applicant in the ongoing proceedings of a Canadian federal court.

To organize foreign intelligence operations, the mechanism is to set up a network that influences the sphere of politicians and parties at different levels

The report has claimed that the accused Indian citizen allegedly met Indian intelligence officials more than 25 times in a span of six years.

This is highly sensitive information and is based on federal court proceedings which state that Canadian security officials suspected India’s two leading intelligence agencies – The Research and Analysis Wing (RAW) and Intelligence Bureau (IB) – had been behind the clandestine operation since 2009. 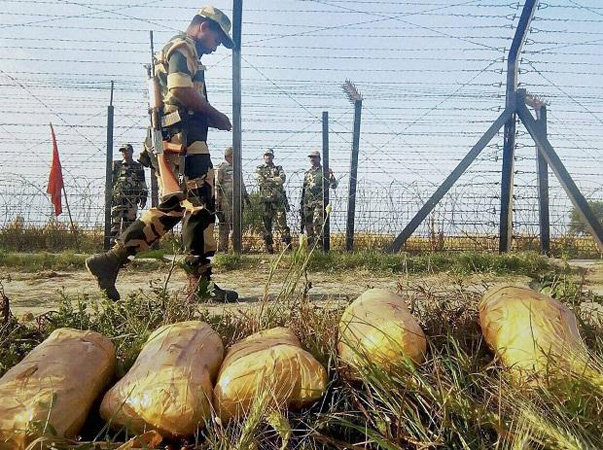 To organize foreign intelligence operations, the mechanism is to set up a network that influences the sphere of politicians and parties at different levels.

Both agencies have long been involved in supervising the alleged foreign operations to gain direct control of political ambitions and motives. The core of the spying operation, as the allegations brought on against the editor by Canadian authorities, one of the main assignments was “to convince politicians that funding from Canada was being sent to Pakistan to support terrorism”.

The letter was sent to the Indian editor by an immigration official to address the concerns. The operative was asked, “You were tasked by RAW to covertly influence Canadian government functionaries and agencies on behalf of the Indian government”. This was confirmed by Global News.

“You stated that the guidance from RAW included that you were to provide financial assistance and propaganda material to politicians to exert influence over them.”

‘Soft Target: How the Indian Intelligence Service Penetrated Canada’ was written in 1989 portrayal of the Indian espionage and involvement of RAW in a ruthless operation that culminated to manipulate and destabilize the Sikh community living in Canada. The operation has caused widespread destruction, which left the Sikh community helplessness, and the aim was to isolate them in the Canadian society.

To achieve its despicable aims, a bomb was planted in an Air India Jumbo Jet en route from Toronto to London. Air India flight was exploded on June 23, 1985, the largest mass killing of all 329 people on board near the coast of Ireland. The Canadian Security Intelligence Service ultimately chased the culprits of the horrendous crime right to the Indian embassy and consulates. The investigation led to the existence of the Indian spy network and found foreign interference in the affairs of Canadian Sikhs. The CSIS identified diplomats as spies and the culprits of the crash could not punish for the reasons of political and economic expediency. It was thought that India is a gateway to third world trade.

Singh Malik and Ajaib Singh Bagri, apprehended for blowing up an Air India jumbo jet in 1985, subsequently were acquitted of the charge because of the lack of evidence. The trial prolonged for almost 20 years after the event takes place, but ultimately the British Columbia Supreme Court found the accused not guilty.

The case framed that Jet was exploded from a bomb planted by Canadian Sikh militants fighting for an independent homeland in India. Later it discovered that the bombing was a false flag operation to discredit the Sikhs community across the world.

In March 1987, on the identification from the CSIS, three diplomats were expelled from Canada, which included: Brij Mohan Lal, the vice-consul in Toronto, and Gurinder Singh, a superintendent from Central Bureau of Investigation and a Consul in Vancouver. Subsequently, the same year, MK Dhar, a counselor in the Indian High Commission in Ottawa, was also expelled from the country. Despite the whole affair was kept secret, the information was leaked to the Globe and Mail by CSIS and it became a lead story of the paper.

Pakistan has endured a lot for so long and India despite its reprehensible designs has failed under the threat of destabilization by alleged non-state actors and proxies of the state terrorism.

Pakistan is in the trenches of fifth-generation warfare and carving to build bulwarks and deterrence against militancy, terrorism, and anti-state elements. Pakistan is playing a significant role in combating the onslaught of the inimical forces to achieve avenues of lasting peace, stability, and security.